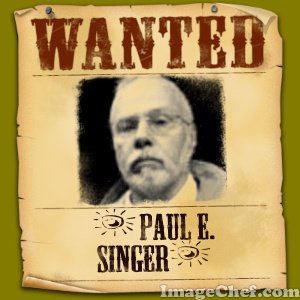 In a move that may be an early signal of a new establishment front-runner in the crowded Republican presidential field, billionaire investor Paul Singer has pledged his support to Florida Senator Marco Rubio.

Singer, the 71-year-old founder of hedge fund Elliott Associates is…regarded as especially influential among wealthy Republicans—the kind of campaign backer who can spur others to follow him. Among Singer’s chief causes are same-sex marriage and U.S. support for Israel.

This almost certainly means the “Circle of Activists” which has turned the GOP into the Adelzuck Party will Gingrich Rubio and we will have to put up with this slimy traitor for the duration of the nominating process.

Paul Singer is a particularly bad actor who readily resorts to deceit as well as bribery to forward his political objectives - as I noted in Open Borders Fanatic Paul Singer Buys Evangelical Treason Group. He was a leader in engineering the corrupt process by which New York State legalized homosexual marriage. His fortune has been substantially made by utilizing America’s legal and diplomatic power to loan shark poor nations.

Rubio, of course, has been a kept woman throughout his political career, as is remarkably frankly recounted in 8 Jewish Things About Rising Republican Star Marco Rubio by Uriel Heilman Forward.com October 29, 2015

The Donald has managed to find some humor in this squalid situation:

Speaking for myself, I miss Larry Auster.