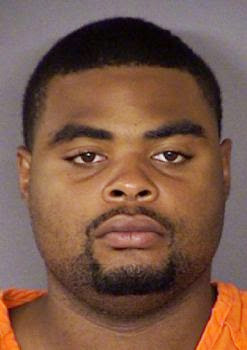 War on Whites? At 11 p.m. on July 3, a 21-year old black man, Michael Joseph Fobbs Jr., was pacing angrily in and out of the San Antonio Amtrak Station, waiting for a train.

At one point, according to a crowd of witnesses and a surveillance videotape, Fobbs stopped in front of a white man who was quietly sitting on a bench just outside the station door, also waiting for a train, and sucker punched him in the head, and then hit him again, knocking him out. Fobbs, who is 6’3” and over 250 lbs., then reportedly said, “I feel like killing someone,” and beat his white victim to death. [Man pummeled to death at train station by Vianna Davila, San Antonio Express News, July 7, 2014.]

Witnesses said that Fobbs calmly walked back into the station, took a clean shirt from his things, and changed his blood-drenched shirt in the bathroom.

Police said that Fobbs was abnormally detached and lacking in affect. He announced to them that he had hit his victim to protect himself, even though the victim had given no suggestion of violence.

News reports helpfully added that no one had heard the victim say anything that might have “provoked” Fobbs.

Michael Joseph Fobbs Jr. has been charged with murder.

Let me try and explain what the police found so baffling.

They were trying to explain Fobbs’ demeanor via white psychology. But Fobbs is black. For many black males, explosions of sadistic and masochistic violence give a sexual-like release.

When I was 14, I was the token white in a small black gang, whose leader, Allan “Pancho” Hankins, once ordered me to torture him.

We were alone in the apartment of Pancho’s sister, Sarah. Pancho ordered me to twist his legs as far as I could, out of their sockets. I dutifully complied, while Pancho screamed, “Do it, Stix, do it!”

In the memoir of black supremacist, admitted rapist, convicted robber and alleged “journalist,” Nathan McCall, Makes Me Wanna Holler, McCall celebrated the momentary release he felt when he and his friends jumped a white teenager who had made the mistake of riding through a black neighborhood, and beat him almost to death.

Whites, far from ever harming McCall, who grew up middle class, had done nothing but help him all his life.

Fobbs told police that he had felt the need to kill the quiet, older, unassuming white man in self-defense.

This mentality is part and parcel of genocidal black alienation and is laid out explicitly in The Isis Papers: The Keys To The Colors, by Dr. Frances Cress Welsing, a Washington, DC psychiatrist. Welsing argues that blacks must annihilate all whites because whites had long ago started a war of annihilation against blacks.

Some will conclude that Welsing is insane. Actually, she’s evil. I contend that genocidal paranoia is not the expression of insanity, but a projection, in order to rationalize a person’s desire to commit genocide.

Back when the Nation of Islam was slaughtering whites (here, here, here and here), blacks constituted barely over 10% of the population, the proportion of communists was tiny, and the Main Stream actually reported crimes.

Now, blacks are 13.2% of the population, they are far more riled up than they were 40 years ago, they have been joined by over 50 million Hispanics (16%?) who are just as anti-white, and by God knows how many opportunistic white Cultural Marxist capos.

Instead of writing about the victim, the Main Stream Media disappeared him. When the SAPD identified him as Joseph Keith Richard, the local media (there was NO national coverage) mentioned only his name, age, and town, and refused to so much as publish his photograph, making him a raceless, faceless, cipher, and insinuating that he was a homeless drifter with no job and no living relatives, about whom one needn’t waste a moment’s thought. He might as well have never existed.

Contrast that with the Des Moines media’s treatment of Rupert “Andy” Anderson.

Instead, the San Antonio media talked about what a wonderful, gentle person Michael Fobbs Jr. was, and refused to inform the public about Fobbs’ criminal history.

“‘No trouble whatsoever out this kid. He was a good kid, like I said.

[Webber:] “Blackwell is stunned by the Cibolo man’s arrest, and the crime which he is accused of committing.

[Blackwell:] “‘I saw him the week before last, and he was fine, but I haven’t seen no indication of him [laughing] snappin’ like that.”

[Webber:] “Public records show that Fobbs did have some run-ins with the police in the past, including those here in Cibolo, but nothing in his history indicates the kind of violence he’s accused of now. It’s violence that, police say, adds up to murder.”

Not so gentle after all.

Why does this article go out of its way to find some remote neighbor of the killer who goes on and on about what a nice guy the killer is. This is some set policy of news outlets across the country when a black guy kills someone the killer is hailed as some kind of hero who just made a mistake. Where is the praise for the dead innocent guy? 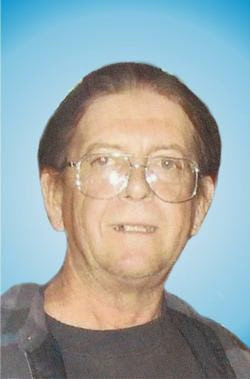 It took the white supremacist/neo-Nazi/whatever Web site VNNForumto re-post Joseph Keith Richard’s photograph and obituary, which a poster found at the funeral home that took care of “Boo” Richard’s final journey in this world. He had been married, but his wife, Bernice, had died before him. His elderly parents were still alive, in Bunkie, Louisiana, and would have to bury their son. Richard had a living sister and two brothers, seven nieces and nephews, and four grandnieces and grandnephews. His hobby was painting cars.

Joseph Keith “Boo” Richard was laid to rest on June 11, in Bunkie.

The MSM did not want anyone to know that a black man had savagely murdered a white man for no reason and had no interest whatsoever in the life of “Boo” Richard.

I left many voice messages at the San Antonio PD’s Media Services Detail, and spoke to two public information officers, only to get sandbagged.

At the Texas Department of Public Safety, I spent $3.50 to learn that Fobbs had no felony convictions, but a staffer later told me that Texas law forbade the agency from telling me about Fobbs’ arrest record, save for convictions and “deferred ajudications” unless I provided his fingerprints.

Andrew Warthen of the Bexar County District Attorney’s Office responded to a request for information I’d initially made through Twitter:

I can tell you that Mr. Fobbs is being investigated for murder with prosecution pending. The other information that you inquired about—whether it is a hate crime and his prior convictions—are privileged and confidential under Texas law, at least at this time.

On August 7 and 14, respectively, Assistant City Attorney James Kopp of the San Antonio Office of the City Attorney was kind enough to send me CCsof letters he had sent to the Texas Attorney General’s Office, regarding my FOIA request. (I am always grateful when people “merely do their jobs,” since ever fewer people do.)

The August 14 letter boils down the issue to the prerogative of “a law enforcement agency or prosecutor” to refuse to honor FOIA requests if “release of the information would interfere with the detection, investigation, or prosecution of crime.”

We’ve seen this movie before.

It seems that the criminal justice and/or law enforcement lobbies in Arkansas and Texas, and probably other states, got their respective legislatures to insert poison pill clauses in their Freedom of Information acts, nullifying the FOI laws.

I consider what I do war reporting. The strange thing, however, is that one side is waging war, while the other side denies that it is being warred upon.