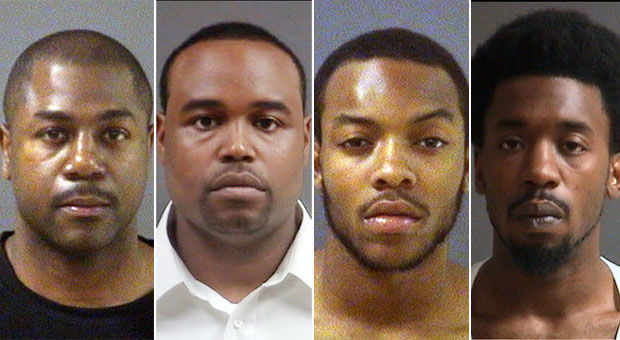 When you see in a headline that someone has died in a fraternity hazing incident, it's almost always a black fraternity. This is a fact unlikely to appear in a headline, but the Daily Caller seems to have removed it altogether:

Police charged four men in a hazing catastrophe that led to the deaths of two Virginia State University freshmen who drowned in the Appomattox River while completing an initiation ritual.

The students were attempting to become members of “Men of Honor,” a group with no official relationship to the university, officials said.Two students drown in hazing incident, By Robby Soave, [Email him]The Daily Caller, April 24, 2013

There's no mention of race, and this is the only graphic:

They do say that

Earlier this month, three students, including the student government president, were also charged with hazing pledges at the Alpha Phi Alpha fraternity.

A university spokesperson described the group as “an underground, shadow organization,” that purports to mentor male students, according to the Richmond-Times Dispatch.

And the Times Dispatch story that The Daily Caller links to does contain the race of victims and accused: River crossing was final step in initiation ritual, By Mark Bowes, April 24, 2013. Here's a screenshot of the sidebar to their story. 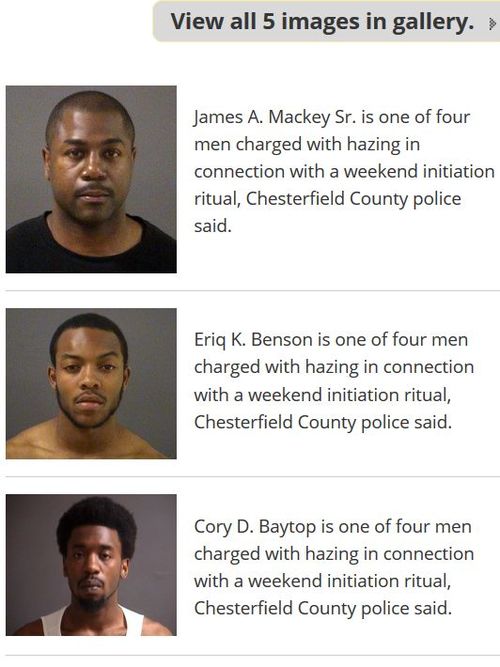 This is a problem specific to black fraternities: see“Hannibal House”: Black fraternity hazing deaths on the rise, Maryland Daily Examiner, March 7, 2013 . The surprisingly frank headline on that story is due to the fact that that the Maryland Daily Examiner is a black news site, and they're less concerned—white liberal style—about what you're not supposed to notice, than they are about young black people being killed.

The New York Times has a story with a useless headline: Hazing Accusations Against a Sorority, By Tamar Lewin, October 5, 2010. The Times story does have a startling and useful fact:

Many white fraternities and sororities haze their pledges, too, but there are differences, according to Lawrence C. Ross Jr., author of “The Divine Nine: The History of African American Fraternities and Sororities.

Kids who die in white fraternity hazings die of alcohol poisoning, or aspirating vomit. In black fraternities, they're typically beaten to death.

The "hazing" that killed Florida A & M Drum Major Robert Champion was more like being "jumped in" to a street gang than joining a fraternity.So if you're a white kid who wants to take ΑΦΑ up on their offer to pledge "men of all races", don't.

But the point here isn't only about black fraternities, it's that the Daily Caller, the conservative website that's supposed to be saying things that the MSM and Daily Beast won't, instead of adding value to this story, went in and took it out.