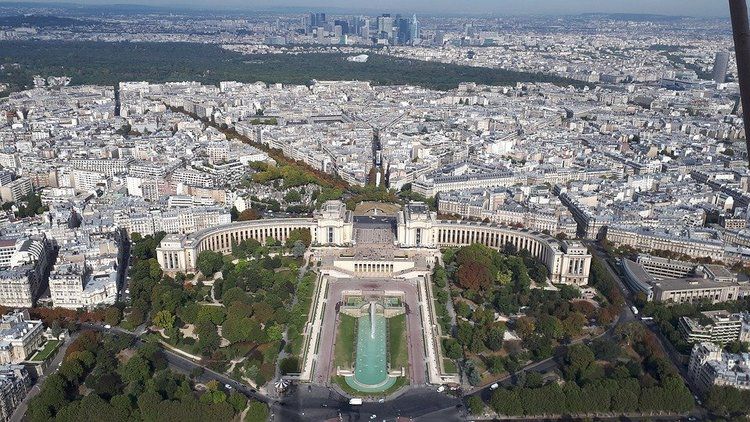 PARIS—Roaring through evening sunlight and showers along the E5 autoroute north-eastward towards Paris, the words of the Chorus in Henry V, came suddenly to mind: 'Can this cockpit hold the vasty fields of France?' And I found myself wondering, not for the first time, how Shakespeare knew.

Sheer space and its absence is one of the differences that most forcefully strikes the traveller between America and Western Europe. Yet the fields of France are indeed vast, particularly in that region. And with more than four times the area of England, France can offer a hint of the rural emptiness you find motoring through even the most populated states of America's eastern seaboard.

France puts the Englishman resident in America at the intersection of three cultures. For example, you regularly come across reminders of England's medieval empire in France, the precursor by several centuries of the later transatlantic empire amid whose similar echoes I now live. Charming old towns turn out to have been besieged, or even owned, by familiar figures from English history many of whom, in the long aftermath of the Norman Conquest, were actually, of course, native French-speakers.

In some corner of their hearts, English expatriates always cherish a romanticized version of their native land's countryside. But I am pained to admit that France seems closer to this ideal. There seems to be an endless supply of quaint villages and fairy-tale castles, uncontaminated by modern sprawl whether because of France's greater size, or avoidance of the Victorian industrial revolution, or the natives' thrifty willingness to live in land-economical apartments.

By contrast, Britain and America share a propensity for jarring junk development. But the American wilderness can swallow it. In Britain, a landscape evolved over a thousand years is being destroyed. Two years ago, I complained on this page about the paving-over of the Wirral peninsula since I lived there as an adolescent. I received a flood of protesting letters. But I can only conclude sadly that the process is so insidious that my correspondents have allowed themselves to be deceived.

When you consider France from an American perspective, things look different. On a popular level, the Americans have fully inherited the mutual incomprehension traditional between the English and the French. But France fascinates them too. American English is everywhere in Paris, and American guidebooks are replete with American angles—the Luxembourg Gardens become the place where a destitute Ernest Hemingway strangled pigeons for lunch. 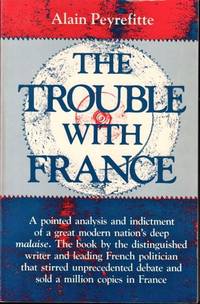 There is a case, well made in Alain Peyrefitte's The Trouble with France, that the two societies represent polar opposites: France with the centralized state and dirigiste traditions that can be traced back to Roman Gaul; America, the extreme case of the Anglo-Saxon preference for decentralization, limited government, individualism.

But if that's so, I found myself thinking as we neared Paris, why were French cars constantly whisking past me although I was doing 85mph?

In America, the Washington bureaucracy, originally using the energy crisis as an excuse and arguably breaching the principle of federalism, has more or less succeeded, by threatening to withhold highway funds, in imposing a 55mph limit upon all the individual states. This policy, a misguided substitute for higher petrol prices, was obviously anomalous given America's longer distances, particularly in the sparsely inhabited western states, and its great expressways, edged with acres of soothing gravel where the French autoroutes have vicious-looking solid barriers.

A promise to relax the restriction was part of the Republican platform when Ronald Reagan was elected president in 1980. But, as so often with the Reagan programme, the permanent government seems to have prevailed. A long journey by car in America can still feel like joining a sedate procession of waddling ducks. On a French autoroute, you feel pursued by hawks. And you can get there sooner.

The point is not just that the French have speed limits but ignore them. The French speed limits are higher anyway. American government may be generally less intrusive, but its interventions are often massive, clumsy and imbued with a crusading moral fanaticism.

You could illustrate the issue equally with reference to toilet facilities in French restaurants, startlingly meagre to North American eyes although presumably acceptable to French health inspectors. But I will refrain.

Every man, Voltaire said in the 18th century, has two countries: his own and France. In the 20th century America has come to play this role. Anyone who doubts it should contemplate the McDonald hamburger stands in Paris, filled with feeding French. But in the glory of early summer it would be a hard heart that is not melted by this magic land.

The author is a senior editor of Forbes Magazine in New York.