The View From Tamaulipas: More Mexicans Getting Deported

Raids by immigration agents upon our fellow Mexicans in Texas are a constant occurrence, resulting in an increase of deportations over Tamaulipas’ international bridges, including Mexicans considered criminals, according to a local legislator, Angel Romeo Garza. As president of the Border and Migratory Affairs for the Tamaulipas legislature, he reported that these operations treat the migrants as criminals, arrest them, make them pay a penalty and then deport them. (Feb. 21, 2018) 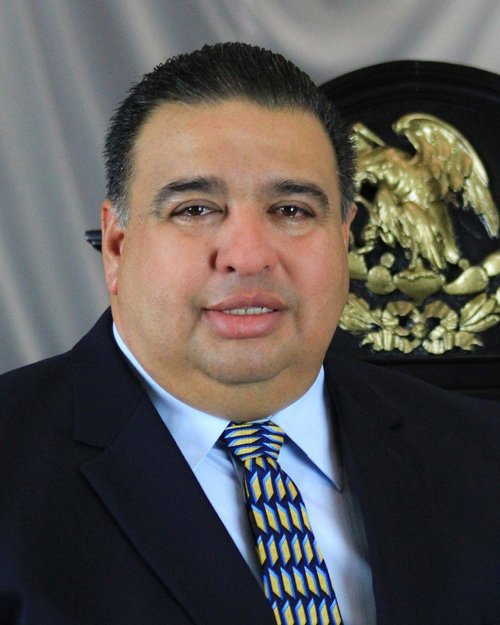 (It sounds like Romeo Garza [Email him ] is referring to the deportation of criminal aliens, although Mexicans think any illegal aliens is treated like criminals just by dint of being detained).

According to Tamaulipas official statistics, in January more than 3,000 Mexicans were deported over the international bridges of Nuevo Laredo, Reynosa and Matamoras, this last being the first city to suffer an increase of up to 100% in comparison with last year.

(So Matamoras is “suffering” by having deported Mexicans back to Mexican soil? If we said the U.S. was “suffering” from the entry of illegal aliens, we’d be called…)

According to Representative Garza, “Raids have always been used for our fellow Mexicans in the United States. It is a way of pursuing/persecuting the migrants as criminals, it has always been done, it is not new.”

(In other words, even before Trump).

Garza lamented that “the raids are causes of the breakups of families in the U.S. and it is difficult to bring them together again, besides the property losses that they suffer, which [said property losses] represent in many cases years of work and labor.

My suggestion: If illegal aliens want to keep their families together and maintain their property, why not self-deport? 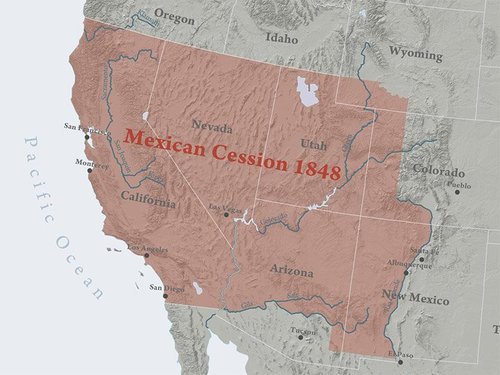 Mexico became independent in 1821, and quickly lost over half her territory in four phases:

Mexicans don’t gripe about losing Central America, but the loss of the territories now part of the U.S. is brought up again and again. Thus in commemoration of the anniversary of the Treaty of Guadalupe Hidalgo, Dinero en Imagen published La triste historia de cuando México perdió casi la mitad de su territorio. [“The sad history of when Mexico lost almost half of its territory,” February 5 2018]:

The cession of this territory would result in a future economic benefit to the United States. Most of these states in this region stand out for the great size of their economies. For example, the Gross State Product of California in 2017 was $2.85 trillion, with a population of 39 million, and it occupies the ninth place in the ranking of the richest states in the United States.

The “million dollar question” would be, In what economic conditions would that territory be if it would have stayed in Mexican hands?

Probably about like the states that remained part of Mexico?

The fiscal reform promulgated by President Donald Trump and passed with Republican votes could affect millions of Hispanic families in the next 10 years and, on the other hand, result in an economic bonanza for the richest Americans, according to independent groups.

(But aren’t Hispanic families part of our country now?)

Latino defense organizations estimate that the fiscal reform will have a harmful economic affect for some 11.7 million Latino households with income less than 75,0000 dollars a year, when the total balance of its economic effect through 2027 is considered.

This means that 7 of each 10 Latino families will be paying higher taxes in 10 years, said Samantha Vargas, of UnidosUS, formerly the National Council of La Raza.

So Excelsior is quoting the recently-renamed National Council of La Raza?

Of course, arguing over taxes is legitimate. But note how La Raza and Excelsior spin it as a Latino issue.

Diversity is not strength! It starts out with the tragic story of a Honduran illegal alien who was apparently drowned while crossing the Rio Grande. The United Nations Refugee Agency is cited saying that deaths of Central Americans crossing the Mexico-U.S. border have shot up in 2017.

Yet another reason to get that wall built. It would actually save lives of illegal border crossers, and in turn force Mexico to get control of its own border with Guatemala.

La Jornada’s Cano (pictured right, wearing a photo of the drowning victims) reports how the Honduran father of the young man who drowned actually traveled to Mexico with a group called Movimiento Migrante Mesoamericano, which searches for Central Americans who left on the trek northward and disappeared in Mexico.

This father never found his son or his body, but another member of the group did locate her son in another part of Mexico “after 20 years without seeing him” (which makes me wonder if he wanted to be located). Another mother found her son in Guadalajara. And so forth.

Cano cites Mexican migration expert Jorge Durand, who calls these Central Americans “migrantes desarraigados”, uprooted migrants—that is, that they “lost the anchor to their places of origin”.

According to Durand, in the 1960s and 1970s “the Central Americans were even poorer than today, but they were rooted in their land, to their city, to their country, which today does not occur.” He blames extreme poverty, systemic violence and neoliberalism i.e. globalization for severing these young men’s connection with their roots. He may have something.

But there’s another factor—our undefended border, which encourages people to uproot themselves, especially when combined with recurring Amnesties and chain migration. La Jornada’s Cano actually notes that

…the processes of family reunification contribute to the “maturity of the networks” (a greater stability in destinations, more possibilities of accomplishing reunification). In the case of Guatemala, explained Durand, there is a process of “late family reunification” that is, families that did not have any members who were IRCA beneficiaries….

IRCA was the 1986 amnesty. So what Durand saying is that Guatemalan families who didn’t have anybody in the 1986 amnesty, to start the resultant chain migration chain, are getting caught up now!

The solution to this continental humanitarian disaster:

And those who wish to help Central Americans ought to help them in their own countries.