Did you miss Tinseltown's latest political correctness powwow? Preening celebrities showed their solidarity with Ferguson, Mo., at the MTV Video Music Awards show this week. Rapper Common led the convocation, preachifying about the positive impact of hip-hop music on society as a "powerful instrument of social change" and "truth."

Cameras showed drug-addled gangsta rapper Snoop Dogg bowing his head and flashing a peace sign during a "moment of silence" for Ferguson. MTV President Stephen Friedman aired public service announcements plying social justice messages. "It's a call to action to our audience that we have to confront our own bias head-on before we can truly create change," Friedman pontificated.

Spare me the shizzle and hypocri-dizzle.

While these Hollywood do-gooders gnash their Zoom!-brightened teeth over violence in the black community, they turn their Restylane-filled cheeks from the bullet-riddled violence glamorized by their own industry.

The night before the VMAs, a gunman barged into the 1Oak nightclub in West Hollywood and shot rap mogul Suge Knight six times. He survived.

Knight, founder of the Death Row Records empire and possessor of a mile-long rap sheet, reportedly refuses to cooperate with L.A. police, who are investigating the roles of the infamous Bloods and Crips rival street gangs in the crime. The Bloods-affiliated Knight's reign of criminal terror has been well documented by law enforcement and rap aficionados. A climax: the still-unsolved shooting deaths of rappers Tupac Shakur and Biggie Smalls, which multiple insiders believe the record executive ordered.

Fun fact: The last time "Game" was in the news, he had released album artwork depicting Jesus as a Bloods gang member—complete with gold chains and the signature red bandana of the Compton Piru Bloods gang. 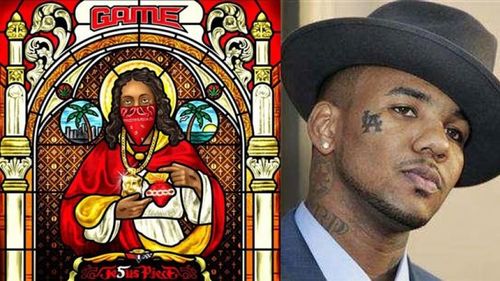 Not to be outdone, Crips-affiliated Snoop Dogg—a marquee Death Row Records "artist" with Dr. Dre before their falling out with Knight—boasts his own vicious criminal gang history ranging from felony drug possession to assault and multiple deadly weapons possessions charges. And that's not including a deadlocked jury outcome on voluntary manslaughter charges after rival Crips gang member Phillip Woldermarian was gunned down by shots alleged to have come from a car Snoop and two fellow gang members were in at the time.

Corporate Hollywood liberals have made billions of dollars off of hardcore, gang-promoting, gun-toting, cop-bashing, misogynist rap. The corrosive effects on the black community are incalculable. Grandstanding about Ferguson is a convenient distraction from the rank hypocrisy of violence profiteers.

As you might expect, MTV didn't call for a "moment of silence" about the latest Suge Knight shooting. There was no need for one. When it comes to holding themselves accountable for fostering black-on-black violence, Hollywood's gangstas have adopted a systematic code of silence.