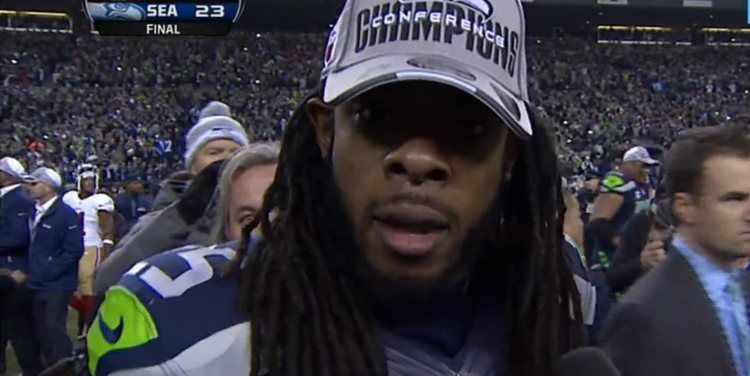 As you've probably heard, the biggest pre-Super Bowl story remains Seattle Seahawk cornerback Richard Sherman's alarming postgame interview with some blonde sideline reporterette. Now, the media has transmuted the story into their favorite topic — white racism — because some people have called out Sherman for acting "thuggish," which as we all know is a racist code word for black males no different from the N Word. For example, Bill Maher has jumped in to turn the spotlight on less

I've been following this Richard Sherman drama and the discussion of the putatively racialized term "thug" (which was mostly uttered by anonymous Useful Bigots on Twitter), and I've been wondering: did white people use "thug" as a euphemism for scary black people prior to the hip-hop era? 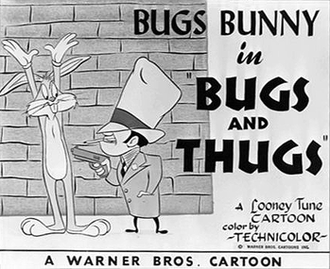 My impression is that the word was appropriated by rappers (e.g. 2pac Shakur) and then white people starting following their lead, referring to swaggering, asshole-ish black guys as "thugs" because that's what swaggering assholes in the rap game called themselves. This is in keeping with their idolization of white ethnic mafia types. Am I wrong about this?

Did white people during the 70s crime wave typically refer to black criminals as "thugs"?

Or does the thug euphemism for black go back even further than the 70s?

I'm only in my 20s, so my political memory doesn't begin till, say, Monica Lewinsky.

The term thug comes from the murderous Thuggee cult in India, which provided villains for two great action comedies, 1939's Gunga Din and 1984's Indiana Jones and the Temple of Doom. Despite that, Indians are almost never described as "thugs."

In Britain, "thug" was used to refer to white soccer hooligans, as in the well-known 1990 book Among the Thugs by American journalist Bill Buford about English soccer outfits.

In America, "thug" was largely used to refer to white mobsters and their hired goons, as in this 1953 Bugs Bunny cartoon about gangsters. Bugsy, Mugsy, and Thugsy. Yes, its 1990s appropriation by blacks like 2Pac Shakur is likely related to black gangsta rappers' love for all things Mafioso.

So, for a couple of decades, famous blacks have been boasting about their own thuggishness, but the Real Problem is that some whites have finally Noticed.

As for Richard Sherman, may I suggest that the fact that he has a documented 3-digit IQ (SAT scores on 400-1600 tests of 990 and 1060 and a Wonderlic IQ test of 24 where 21 is the mean), admirable study skills (salutatorian of his Compton Dominguez class), and a Stanford degree should not excuse him from apologizing for his outburst. Instead, the fact that he's smarter and better educated than the average NFL cornerback means that he should try harder than average to behave in a more gentlemanly fashion since he has the personal tools to behave better.