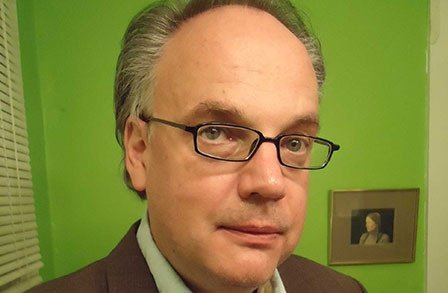 There is among us a poet, a middle-aged white guy named Michael Derrick Hudson. Mr. Hudson wrote a poem, title: "The Bees, the Flowers, Jesus, Ancient Tigers, Poseidon, Adam and Eve."

That's the title. I shall refer to it as "The Bees, etc." The poem itself isn't much longer than its title: 178 words, organized in 13 stanzas of one or two lines each, for a total 20 lines.

"Organized" is actually too strong a word. Like most of what is published as poetry nowadays, "The Bees, etc." is free verse. It has neither rhyme nor meter. "Playing tennis with the net down," was Robert Frost's judgment on free verse. "'Free verse'?" sniffed G.K. Chesterton. "You might as well call sleeping in a ditch 'free architecture.'"

Free verse even at its best is really just rhythmic prose. Nothing wrong with that, and I'm not actually as stern about the matter as Frost and Chesterton were. Rhythmic prose can be very effective.

"The Bees, etc." is, however, not free verse at its best. It has no rhythms that I can detect. Not only is "The Bees, etc." unrhymed, non-metrical, and non-rhythmic, it has no structure. It's not built from couplets, tercets, quatrains, or quintets. It's not a sonnet, a sestina, a ballade, pantoum, villanelle, or Pindaric ode. In fact it's just ten prose sentences arbitrarily broken at nineteen points, the twenty resulting fragments printed each on its own line. The stanza breaks are as arbitrary as the line breaks. The fourth sentence, for instance, begins with the words, "But they look so perfect together …" There is a stanza break between the words "so" and "perfect."  "But they look so," new stanza, "perfect together."

Why? Beats me. Five'll get ya eight if you asked Mr. Hudson why, he'd reply: "Why not?"

What's the poem about? Well, in the first five of his ten sentences, the poet is watching through a magnifying glass a bee pollinating flowers. In sentences five and six he wonders why he's doing this. In sentence seven he expresses general discontent with his life, comparing it to a vacation in which he is the incompetent tour guide. Sentences eight, nine, and ten are send-ups of the kinds of things tour guides say.

Why am I telling VDARE.com readers about this poem? Well, Mr. Hudson — the poet — is, as I began by telling you, a white guy. He wanted to get his poem published, so he submitted it to poetry magazines and literary journals. 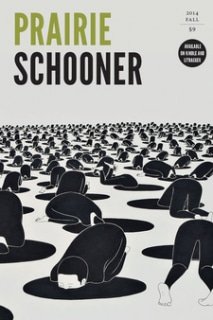 After forty rejections, Mr. Hudson changed strategy. Instead of submitting the poem under his actual name, he made up a Chinese-sounding pen-name, Yi-fen Chou, and submitted it under that name.

There were nine rejections. Then an old and respectable literary magazine named Prairie Schooner, published quarterly by the English department of the University of Nebraska at Lincoln, accepted the poem for publication. They printed it with the pen-name Yi-fen Chou in their fall 2014 issue.

The comparison of the forty rejections with the nine suggests, though it does not prove, that the Chinese pseudonym helped the poem get accepted. Nonwhite privilege, see?

So far, so good. Things got better for Mr. Hudson, though. Every September the publisher Scribner's issues an anthology of the best American poems published the past year. I used to buy it. The latest one I have on my shelf is for 1998, which was about the time I stopped reading contemporary poetry. 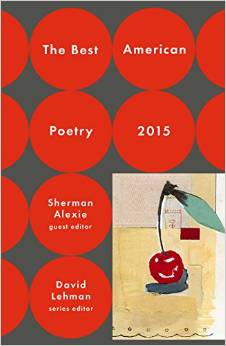 "The Bees, etc." was selected for the anthology by editor Sherman Alexie, himself a poet, prose writer, and filmmaker. Mr. Alexie [Email him] is an American Indian. His poems, prose, and films are all about being an American Indian. Yes, we are in the precious little world of identity narcissism here. Where else would we be, when talking about contemporary poetry?

So Mr. Alexie, the American Indian editor, chose this poem by a white guy named Hudson writing under a Chinese pen-name, for this prestigious anthology he was editing. After he'd chosen it and notified the poet, Michael Hudson wrote back revealing his true identity. 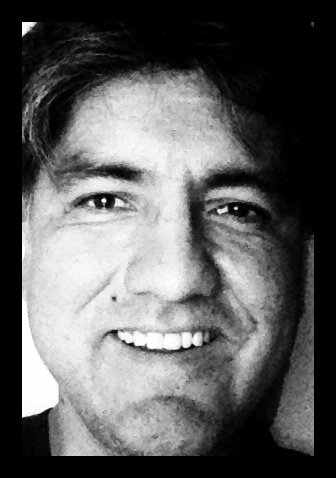 This presented Mr. Alexie with heap big dilemma. Quote from him:

I had to keep that pseudonymous poem in the anthology because it would have been dishonest to do otherwise. If I'd pulled the poem then I would have been denying that I gave the poem special attention because of the poet's Chinese pseudonym.

If I'd pulled the poem then I would have been denying that I was consciously and deliberately seeking to address past racial, cultural, social, and aesthetic injustices in the poetry world.

Did you get that? Mr. Alexie admits that he selected poems for this anthology not, or not just, for their poetic merits, but to, quote, "address past racial, cultural, social, and aesthetic injustices in the poetry world." This fortifies one's suspicion that Prairie Schooner also selected the poem for publication on social-justice principles; or, to put it another way, on the basis of nonwhite privilege.

This little incident caused a huge stir in Social-Justice circles. A black poet named Danez Smith, who writes poems about being black, told the Independent that:

Michael's theatre has already taken up space a writer of color could have filled, his antics trivialize the experience of people of color, of growing up with a name that many white Americans refuse to fit in their mouths.

Asian-American activists, of course, were choking on their noodles. Several accused Mr. Hudson of performing in yellowface. Korean-American poetess Franny Choi, who writes poems about being Korean-America—and also, to be fair, about her vagina—vented thus:

For Asian-Americans, changing our names is a strategy to survive a racist and nativist America. Michael Derrick Hudson's pseudonym is cultural appropriation at its purest — it's stealing from the struggle of people of color for a white man's personal gain.

Now, we know to a good probability that Mr. Hudson's poem only got published at all because of nonwhite privilege; and we know from Mr. Alexie's own pen that nonwhite privilege boosted it into the Scribner anthology. As a commenter at Mediaite.com put it very succinctly:

Racist people accuse person who exposed them as racists of being racist.[ White Man Uses Pen Name ‘Yi-Fen Chou’ to Get His Poem Published, by Alex Griswold, , September 9th, 2015]

That about sums it up.

I'm a poetry lover. I can recite yards of the stuff, some of it in languages I can't speak conversationally. Three whole shelves of my study are populated by poetry books.

I'm going to take a break now for some quiet weeping.

On a more cheerful note, this story about a guy pretending to be Chinese to get his poem published reminded me of an actual Chinese poem.

This poem is by a talented but sadly neglected Chinese poet of the T'ing Dynasty, name of Tai Yüeh-han. I read my own translation aloud on Radio Derb [33m 10s] accompanied by background Chinese music:

Was your poem returned with apology?

Things will soon be all right,

And you'll be in the Scribner anthology!