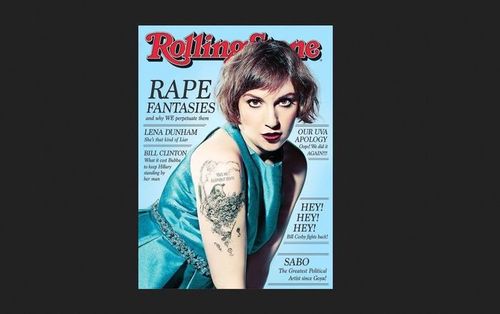 In Hollywood, anything is possible—if you're a privileged femme fraudster with cover-up pals in all the right (or rather, left) places.

Apatow's a strident liberal who tweets a lot about women and rape, so naturally Dunham and the Rape Foundation lionized him for his brave advocacy for women and against rape.

"He's a tireless advocate for women," Dunham gushed. "We know he refuses to follow the pack in silence," she told the pack of entertainment left-wingers as they remained mum about Dunham's spectacular self-unawareness.

And then lyin' Lena set about her real task: extolling and remartyring herself. 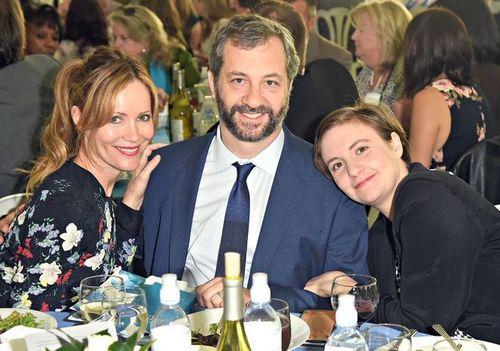 "When I decided to write about my experience with sexual assault, Judd was one of the first people I shared my essay with."

"His notes were kind and considerate and made the work infinitely stronger when the story was met with backlash," Dunham shared.

Fascinating. Too bad she won't share Apatow's specific contributions to "strengthening" her phony-baloney story. The collaborative fiction-writing process must be protected.

"I can safely say I would not have emerged from the darkness of that period without the constant check-ins, sweet jokes, and unwaveringly loving presence of Judd," she added. "But he was more than a friend; he was a consistent reminder to me of something his work has always represented—which is that it's never wrong to speak the truth."

What is the "darkness" she speaks of—and what could she and her obsequious friends possible know about speaking the "truth?"

From People.com to Variety to Glamour magazine, Dunham's enablers in the entertainment press have failed to report the full context of her "sexual assault" story and the purported "backlash" against her for capitalizing on her claimed status as a rape victim.

Let me remind you, since the sycophants in Tinseltown media won't: Dunham is a freaky-deaky fabulist and creepy Hollywood sexual deviant. After signing a hefty $3.5 million book deal with Random House, the hipster creator of HBO's "Girls" and her publisher were forced late last year to walk back bogus allegations about a "rape" attack by an "Oberlin College Republican" named "Barry" that she neglected to disclose for nearly a decade—until she needed to generate book publicity.

Please note: "Oberlin College Republicans" are as rare as Axolotls. Dunham insists that naming her conjured assailant "Barry" was sheer coincidence. But the harm done to the only Republican named Barry who attended the school at the same time as Dunham was quite real. He was forced off social media, his privacy was invaded, and he had his name dragged through feminist spittle-flecked mud.

When John Nolte of conservative website Breitbart investigated, he discovered that Dunham's description didn't match up with the real Barry. "In the end, Breitbart News could not find a Republican named Barry who attended Oberlin during Dunham's time there who came anywhere close to matching her description of him," Nolte reported. "In fact, we could not find anyone who remembered any Oberlin Republican who matched Dunham's colorful description."

Humiliated and facing a litigation nightmare, Random House paid the falsely accused college Republican's legal fees after his lawyer complained. Stung and exposed, Dunham carped about conservative journalists who refused to cover up the real truth. She nursed her self-inflicted wounds by publishing a self-pitying diatribe on liberal website Buzzfeed and posted a prominent Twitter selfie with runny mascara mimicking two black eyes.

Delusional "progressive" do-gooders pretend to care about rape victims while indulging a perverted smear merchant who does nothing but disgrace the truth and undermine real rape victims. Hollyweird rides again.