Recently a dozen illegal aliens were smuggled across the Rio Grande, driven in a tractor trailer northward, then deposited in San Antonio, TX.  This is not unusual—alien smuggling happens every day in Texas, because with few border fences or walls, the state is wide open to the cartels that run alien and drug smuggling.

San Antonio is one of those centers where aliens are regularly dropped off, as it is north of all the Border Patrol checkpoints.  The unusual part of this story: besides the cartel, the San Antonio Police Department (William McManus, Chief) and the local Catholic Charities were two of the organizations involved. 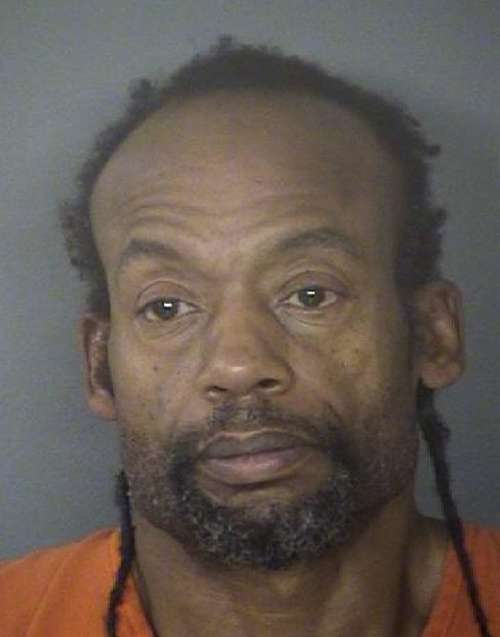 SAPD Chief William McManus answered his critics and defended his decision to release 12 undocumented immigrants that were victims of trafficking.

The San Antonio Police Department is coming under fire after releasing a dozen people found inside a trailer. SAPD handled the case instead of handing it over to the feds.

On Thursday, SAPD Chief William McManus says that he doesn't regret the decision.

The trafficking incident took place on December 23. Police found an 18-wheeler with 12 people inside. The people admitted that they were from Guatemala and, after being detained, the driver of that truck admitted that he picked the people up from a warehouse in Laredo.

The driver of the truck, Herbert Nichols [right] was arrested and is being charged with trafficking. While SAPD called homeland security investigators, Chief McManus decided to handle this at the state level and not the federal level.

Trafficking in persons is a state-level offense in Texas. But it requires persons to be held against their will or to be engaged in other criminal acts. But from the story, there was no evidence that any of the Guatemalans found in the tractor trailer were being trafficked for the purpose of forced labor, child exploitation, or prostitution.

This incident was not human trafficking—but alien smuggling.  These Guatemalans paid an alien smuggler, most likely someone working for the Zeta Cartel who control the Nuevo Laredo area, as well as most of the Texas-Mexico border lands, to be brought to the U.S. to live and work here, as is the intent of most illegal aliens.

It is clear that Chief McManus [Email him ] had an ulterior motive for taking the case and that motive was not to investigate and present for prosecution the alien smuggler.  We know this because Chief McManus has no evidence of a trafficking case. Furthermore, if Chief McManus was going to prosecute this case of alleged human trafficking, why did he not identify the alleged victims? From the KENS 5 story:

Chief McManus admitted Thursday that he has no idea where the people inside the truck are. Those people could be potential witnesses in the state's case against Nichols.

In any criminal case, especially in a victim-heavy case such as human trafficking, identifying the victims, ensuring their testimony for the Grand Jury and then at trial, is of primary and utmost importance.  However, Chief McManus neither identified the victims nor ensured that they will be available to testify.  As of now, the identified suspect, Herbert Nichols, will walk free sooner or later as there are now no witnesses to testify as to whether a crime occurred or not.

This was either the most egregious example of incompetence by a law enforcement officer or an obvious attempt to protect illegal aliens from arrest by ICE.  Now I would not be surprised McManus is incompetent—most politically-appointed Police Chiefs, at least in Democrat cities, are.  Democrats don’t want to arrest their constituents, whether they be black or Hispanic criminals or illegal aliens.

However, we know why Chief McManus is claiming he is running this “case.”  The purpose of his claiming this is an SAPD case is that he wanted to keep the aliens out of the custody of U.S. Immigration and Customs Enforcement (ICE).  McManus and the City of San Antonio support illegal immigration and want to protect illegal aliens from identification, arrest, and deportation.

The cities of San Antonio and Austin announced on Thursday they have joined the fight to stop the state's new immigration enforcement law, Senate Bill 4, in federal court.

SB 4 allows peace officers to question the immigration status of people they legally detain or arrest and punishes department heads and elected officials who don’t cooperate with federal immigration agents by turning over immigrants subject to possible deportation. Elected or appointed officials found in violation could face criminal charges in the form of a Class A misdemeanor and possible removal from office.

Chief McManus is just one though in a long line of politicized cops who do the bidding of Sanctuary Cities by protecting illegal aliens.  I addressed this twice recently [Arrest Oregon Sheriff Mike Reese For Harboring Illegals,  Sedition In Santa Cruz: Arrest Treason Cops Vogel, Flippo]. The failure of Attorney General Jeff Sessions and ICE Acting Director Thomas Homan to take my advice set the precedent for Chief McManus to take his actions to protect illegal aliens.

McManus even went further, and contacted co-conspirators at Catholic Charities Archdiocese of San Antonio, Inc., [Email them]most likely its Chairman of the Board of Directors, Daniel Harkins [Email him]  J. Antonio Fernandez, [Email him] President and Chief Executive Officer, or some other employee or officer, who spirited the Guatemalans away and apparently sent the aliens onward to their destination, probably arranging transportation, such as bus tickets.

And what McManus, Harkins, Fernandez, or some other Catholic Charities operative did was a crime.  It was a violation of Title 8 United States Code, Section 1324, Bringing In or Harboring Certain Aliens, the Federal statute that prohibits aiding alien smuggling and harboring.  The statute fortunately covers not only bringing in the aliens, but transporting them in the U.S., giving them shelter, or assistance.

And then there is a more serious question: was Chief McManus paid by the Zetas for this smuggling load?

Thomas Homan has promised a crackdown on Sanctuary Cities.  This case is perfect for criminal prosecution.  McManus is responsible for all actions by officers under his command.  It would not be too difficult for those officers involved to be contacted by ICE or FBI agents and get their testimony.  If any officers are hesitant, they can be served subpoenas by a Grand Jury and forced to testify.  Or they can be given a choice, give statements against Chief McManus or be prosecuted themselves.

It is most likely that the officers are eager to testify against their Chief, who was quite vocal about the Texas immigration law.  Most cops are against illegal immigration.

Time for Homan and Jeff Sessions to make an example of a Sanctuary City Police Chief aiding illegal aliens.

Arrest and prosecute Chief McManus and any co-conspirators at Catholic Charities!