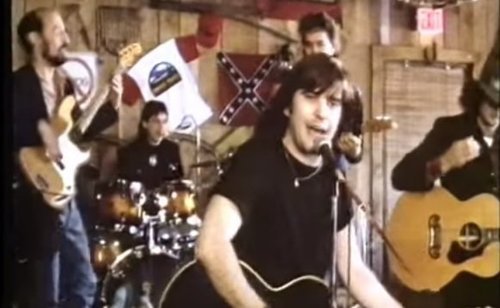 As the music came pounding through the wall, Brimelow denounced it as "crap." And what would the advocate of a whiter America rather be listening to? A 19th-century Confederate marching tune, he said.

Brimelow, who tries not to swear in public, did not use the expletive—there’s a recording to back him up. And he was not talking about a “Confederate Marching Song” at all, but about “Sweet Betsy From Pike”, which he described as a song about “westward movement of Americans, their conquest of the West.”

Immediately after this passage, the SPLC went on: “Editor’s note: based on evidence compiled by the Intelligence Report, the Southern Poverty Law Center is adding VDARE to its list of hate sites on the Web.” [‘Paleoconservatives’ decry immigration, by Heidi Beirich and Mark Potok, December 31, 2003]

Doesn’t take much to be a “hate site” does it?

This is not the only time the $PLC attacked a non-Southern immigration patriot for singing Civil War-era songs. In 2007, it reported on Tom Tancredo’s speech at the Confederate Relic Room in the South Carolina State Museum where, incidentally, the Confederate Flag was recently “retired” to after being removed from the front of the State House).

At the close of Tancredo's speech, several men wearing Confederate army uniforms stood up and started to sing the first notes of "Dixie," the minstrel song turned Confederate anthem about a freed slave pining for plantation life. According to Tancredo spokesman Carlos Espinoza, the congressman joined in the singing. 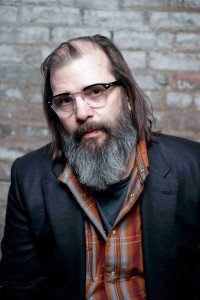 Yet amazingly, the $PLC is now promoting a song that promotes the “Confederate Anthem” and “minstrel song” supposedly made to glorify slavery. Singer-songwriter Steve Earle released a song called “Mississippi It’s Time,” an Appalachian themed country song that implores the state to remove the Confederate Battle Flag from its state flag. He is donating the proceeds of the song to the Southern Poverty Law Center (not that it needs it).

Despite the excruciatingly lame PC message, Earle apparently has not received the message that the song “Dixie” is another racist relic from the Old South. After his band plays the Dixie Instrumental, he sings,

“Dixieland will never miss me,

But I whistle that tune sometimes,

And I'll sing it loud when the flag comes down,

Mississippi, don’t you reckon its time?”

I suppose the $PLC decided that the song built up so much Politically Correct capital by denouncing the flag and promoting white guilt that it could get away with a nod to the song it has previously denounced as a pro-slavery, neo-Confederate anthem. After all, Earle sings to the tune of Dixie, "I wish I was in a land that never/ held a soul in bondage ever.” [Hear Steve Earle Denounce Confederate Flag in 'Mississippi, It's Time', By Andrew Leahey, Rolling Stone, September 10, 2015]

But there’s a more devious strategy at work. The $PLC recognizes that Mississippians are more likely to give up the flag if they don’t recognize this is just the trial balloon in the $PLC’s ISIS-style campaign of destruction against all Southern emblems.

Indeed, while Earle has recorded country and bluegrass albums in the past, this song has much more of a traditional Southern feel than most of his other music. The song subversively tries to tie his opposition to the current flag as a way for Earle to act out his Confederate heritage.

Wanna know if you're with me,

Cause I come from a long long line,

Of a rebel strain, but the wind has changed,

The “Dirty South” rap act Kinfolk was more honest in their meaning of taking down the flag in their 2006 video for their song “In da South,” where blacks in do-rags and chains burn a Confederate Flag in front of the South Carolina State House. 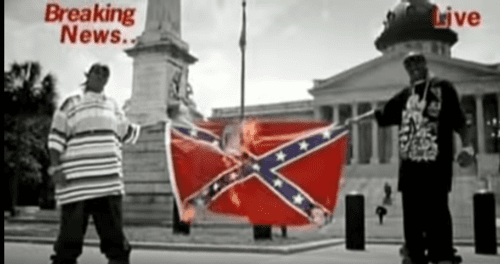 Earle is more subtle, and says the song was written as a Southerner to his fellow Southerners.

“I know that I'm not the only Southerner who never believed for one second that the Confederate battle flag is symbolic of anything but racism in anything like a modern context. [This song] is about giving those southerners a voice."

But while Earle presents himself today as a proud Southerner appealing to the better angels of his fellow Southrons, he hasn’t always taken that view. A decade ago, he proclaimed,

I quit being proud of being from Texas a long time ago. I found Tennessee to be an easier place to live, and I’ve been there for thirty years, but. . .I spend a lot of time in New York and I'm in the process of moving there, because I feel like a f——g Martian in Tennessee at this point. . . I'm done and right now I'm not that proud of where I'm from.

When asked about his thoughts on Democrats who try to appeal to Southerners, he responded, “F—k James Carville. F-ck people who think like that."

He explained that the Democrats should quit "this obsession right now with the heartland" because "the truth is, the vanguard of thinking and social issues in this country has always been on either coast, and probably always will be.” [Rednecks and Bluenecks: The Politics of Country Music, by Chris Willman, p. 216-17, 2005]

So Earle not exactly a proud son of the South. Yet, as evidenced by his willingness to whistle Dixie, he still is not on the “vanguard” of this social issue. Indeed, Steve Earle once had no problem with the flag he now despises. He sang behind a Confederate battle flag in a 1986 promotional video for his signature song Guitar Town.

And Earle’s not alone amongst Confederate flag haters who once were fine with it.

Upon “Mississippi, It’s Time’s” release, SPLC founder Morris Dees said, “This potent and divisive symbol of white supremacy has no place on the official state flag of Mississippi or in any other public spaces.” [Musician Steve Earle releases 'Mississippi It's Time' with the SPLC, September 10, 2015]

However, in 1989, SPLC president Morris Dees praised the Confederate Flag as “just as much a part of my heritage as Dr. [Martin Luther] King’s march down 6th Avenue.”

In the wake of the Charleston church shooting, President Obama pretended that removing the flag was an act of unity. “Removing the flag from this state’s capitol would not be an act of political correctness; it would not be an insult to the valor of Confederate soldiers,” but was instead "a modest but meaningful balm for so many unhealed wounds.” [Eulogy for the Honorable Reverend Clementa Pinckney, The White House, June 26, 2015] 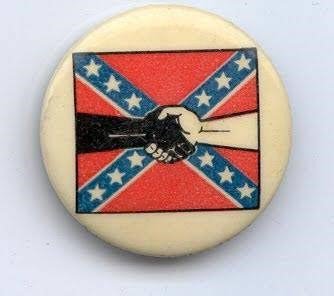 Yet not too long ago, the civil rights activists used the Confederate Flag as a sign of unity. The New Left Southern Student Organizing Committee used a black and white hand shake in front of a Rebel Flag as its logo.

Similarly, in 1971, white country singer Mickey Newbury combined “Dixie” with the pro-Union song “The Battle Hymn of the Republic” and the Negro spiritual/folk song “All My Trials” into “The American Trilogy.”

The song became a symbol of the shared heritage of North and South, Black and White. [The Banning of “Dixie,” & the Birth of “An American Trilogy,” by Chris Campion, Saving Country Music, July 2, 2015]

Even if it’s sung with a Southern accent and a fiddle, the campaign against the Confederate Flag is not about “unity.” The Left only preached this when it was the underdog in the culture war. Now that it is in power, it intends to keep eradicating all Southern, and for that matter all white (aka American) icons.

At least until Americans, North and South, fight back.