Overheard from Sam Francis’ Grave: “I Told You So, You F——g Fools!” 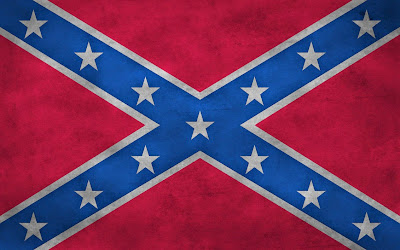 “First They Came for the Confederate Flag.”

Of course, Francis predicted all this years ago, back when blacks were demanding that Dixie capitols get rid of the Confederate Battle Flag, because it was a symbol of slavery and hate. He said that down the road, the same arguments would be used against the American flag.

Dismantling America (contd.): Guess What Flag's Not Coming to Dinner? By Sam Francis on July 2, 2001

Just over a year ago, in a column about the Confederate Flag controversy in South Carolina, I wrote the following sentences: "… the blunt truth is that racial slavery existed for a far longer time under the American flag than under the brief four years of the Confederacy. If the NAACP denounces the Confederate flag today for its symbolization of slavery, it can far more easily denounce Old Glory tomorrow for the same reason. Don't bet your battle flag they won't do it either, or that the political and business elites that cave in to them on the Confederate banner will stand firm on the American flag."[Enemies, Not Friends, Of Confederate Flag Want War, May 5, 2000]

A year afterward, I wish to inform you that if you did bet your battle flag against my prediction, you just lost it….