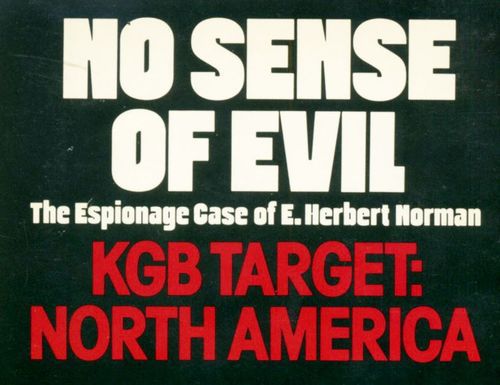 Peter Brimelow Review Of NO SENSE OF EVIL, 1986: Of Moles and Mounties—(Possibly Including Lester Pearson)

James Fulford writes: Russian infiltration of the Trump administration seems to be entirely imaginary, pushed by Trump's (and America's) enemies. During the 20th century, on the other hand, from the 1930s to the 1990s, Russian (Communist) subversion was very real, in Washington, Westminster, and Ottawa.

Please note that this was published  in 1986, so the "30 years ago" since the Suez Crisis is now over sixty years, and so on. But denial of Communist influence on the Left still goes on (see Diana West's American Betrayal) and remember that Bill and Hillary Clinton were on the winning side in the Vietnam War. 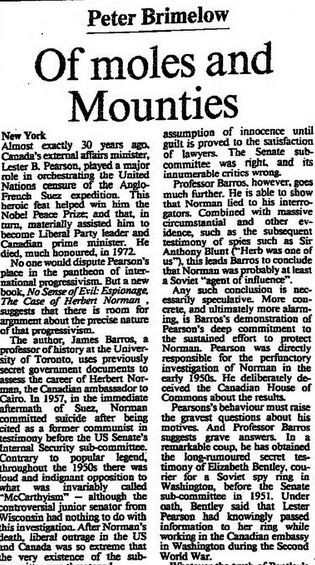 New York—Almost exactly 30 years ago, Canada's external affairs minister, Lester B. Pearson, played a major role in orchestrating the United Nations censure of the Anglo-French Suez expedition. This heroic feat helped win him the Nobel Peace Prize; and that, in turn, materially assisted him to become Liberal Party leader and Canadian prime minister. He died, much honored, in 1972.

No one would dispute Pearson's place in the pantheon of international progressivism. But a new book, No Sense of Evil: Espionage, The Case of Herbert Norman, suggests that there is room for argument about the precise nature of that progressivism.

The author, James Barros, a professor of history at the University of Toronto, uses previously secret government documents to assess the career of Herbert Norman, the Canadian ambassador to Cairo. In 1957, in the immediate aftermath of Suez, Norman committed suicide after being cited as a former communist in testimony before the US Senate's Internal Security sub-committee. Contrary to popular legend, throughout the 1950s there was loud and indignant opposition to what was invariably called “McCarthyism”—although the controversial junior senator from Wisconsin had nothing to do with this investigation. After Norman's death, liberal outrage in the US and Canada was so extreme that the very existence of the sub-committee was threatened.

Pearson, in the Canadian House of Commons, was particularly outspoken until John Diefenbaker, the Opposition leader, asked him to deny the American allegations. To everyone's surprise, Pearson hedged. It emerged that while at Cambridge Norman had indeed “associated… with people who were thought to be communists. “ He had been questioned about this by the Canadian authorities as early as 1951.

It is a measure of the universal reluctance to think about security problems that Herbert Norman has nevertheless gone down in Canadian history as an immaculate martyr. It is particularly extraordinary because gradually, over the years, Norman's defenders have shifted their ground. Now the position is that everyone knew “Herbie” had been a communist at Cambridge. After all, he once tried to recruit to the party a fellow Canadian, Robert Bryce, who also went into the Canadian civil service and eventually headed it. But, Norman's defenders say, so what? That doesn't mean he was a spy.

This concession effectively ends the debate about Herbert Norman. To admit that he was once a communist is to admit that he was, by definition, a security risk. The safety of the state is always too important to permit the assumption of innocence until guilt is proved to the satisfaction of lawyers. the Senate subcommittee was right, and its innumerable critics wrong. 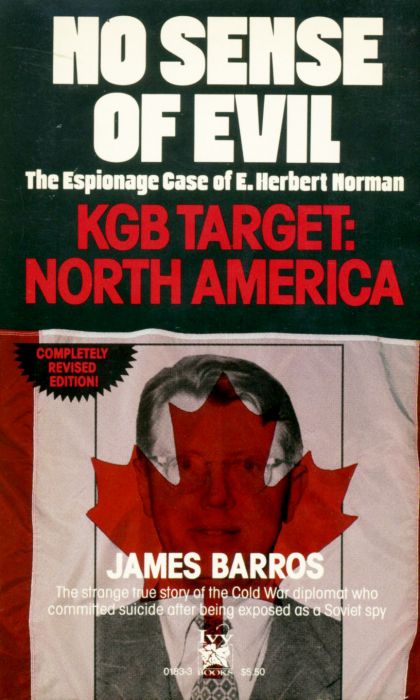 Professor Barros, however, goes much further. He is able to show that Norman lied to his interrogators. Combined with massive circumstantial and other evidence, such as the subsequent testimony of spies such as Sir Anthony Blunt (“Herb was one of us”), this leads Barros to conclude that Norman was probably at least a Soviet “agent of influence”.

Any such conclusion is necessarily speculative. More concrete, and ultimately more alarming, is Barros's demonstration of Pearson's deep commitment to the sustained effort to protect Norman. Pearson was directly responsible for the perfunctory investigation of Norman in the early 1950s. He deliberately deceived the Canadian House of Commons about the results.

Pearsons's behavior must raise the gravest questions about his motives. And Professor Barros suggests grave answers. In a remarkable coup, he has obtained the long-rumored secret testimony of Elizabeth Bentley, courier for a Soviet spy ring in Washington, before the Senate sub-committee in 1951. Under oath, Bentley said that Lester Pearson had knowingly passed information to her ring while working in the Canadian embassy in Washington during the Second World War.

Whatever the truth of Bentley's assertion, the fact that it was known at the highest levels in North America is indisputable. For example, when Diefenbaker was prime minister years later, he even used it to parry an attempt by Pearson to put pressure on his government during a complex Ottawa sex scandal, the so-called Munsinger affair.

Bentley's assertion is a fact that could help set in perspective such topics as the persistent anti-Americanism of Canada's government classes and Ottawa's prolonged refusal to prosecute Professor Hugh Hambleton, of Laval University, who for years openly admitted he had spied for the KGB but was finally arrested and convicted only after he strayed into British jurisdiction.

It could—but it probably won't. Despite the efforts of Chapman Pincher and Andrew Boyle, our political culture simply lacks the language to discuss security risks. Lester Pearson could have been merely as irresponsibly ambitious bureaucrat currying favor with an influential (and allied) power through the Washington practice of the leak. But unless he was meeting Russians at midnight wearing a cloak and rapier, our press and politicians would prefer not to know.