Donald Trump is being asked to condemn the KKK, because they endorsed him. He's refusing to play their game. [Scarborough Rips Into Trump’s Refusal to Condemn KKK: ‘That’s Disqualifying’, by Alex Griswold, Mediaite, February 29th, 2016]

This kind of thing is only done to conservatives—they did it during the 1964 election, and the 1980 election. It's their default panic mode when there's a conservative insurrection. See  “They'll Think You're Signaling”! Dog-Whistles From Goldwater To Reagan To Palin.

Members of Ku Klux Klan are not very numerous or relevant these days, members are more likely to be the victims of mob violence than to commit it.

Here's who some of the people on the left who ought to condemn people. 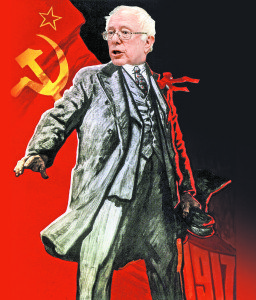 Bernie Sanders needs to condemn and repudiate the Communist Party, which has killed (worldwide) somewhere between 85 and 100 million people, and of which, as a young man, he was actually a member.

Barack Obama should condemn Islam, the religion in which he was born, raised,  and practiced as a young man, which has killed (worldwide) maybe 270 million people.

Hillary Clinton needs to condemn the anti-Vietnam War movement (of which she and Bill were actual members) which committed many, many more bombings 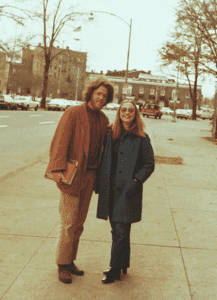 and riots in America than the Klan has, and which caused the deliberate loss of the Vietnam War, which resulted in the deaths of hundreds of thousands of South Vietnamese, and millions of Cambodians.

And of course, all of them need to condemn the "Black Lives Matter" movement, which is, like the Klan, a racially based movement, but unlike the modern Klan, has received support from the President of the United States, and much fawning from Hillary and Bernie.

The "Black Lives Matter" riots on behalf of people who've tried and failed to kill police officers, it burns American flags, it blocks highways, it bursts into restaurants, and shouts at diners for the crime of being white.

Its marchers include masked men in the colors of the Bloods gang: 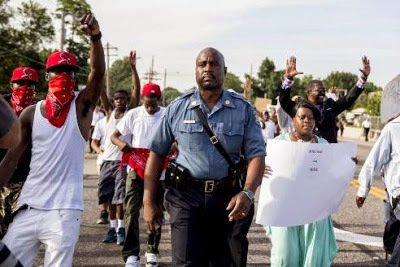 Finally, its supporters beat people (Marine Chris Marquez in Washington, just 17 days ago) and sometimes beat them to death, as in the murder of Zemir Begic by "youths" in St. Louis.

So maybe, instead of asking Donald Trump to condemn something he doesn't support, and of which he has never been a member, they should concentrate on these people.