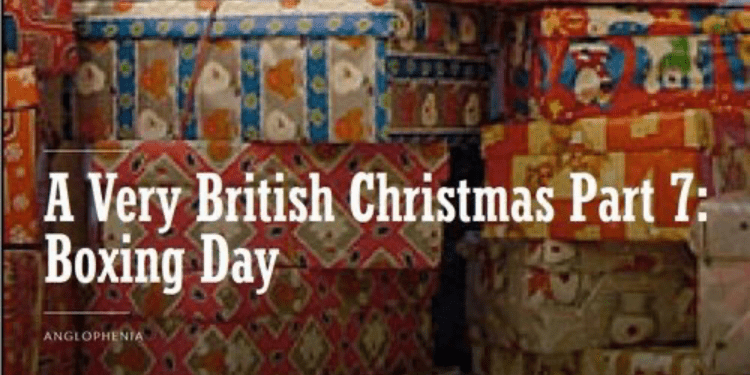 To see how it works, note that Christmas this year fell on a Wednesday, so Boxing Day is on a Thursday.  The British would conclude that there’s hardly any point in working on the Monday before Christmas Eve or for that matter going back to work just for Friday December 27.  Similarly, what's the point of working Monday December 30, when all civilized people take off December 31, New Year's Eve? Plus, of course, New Year's Day.