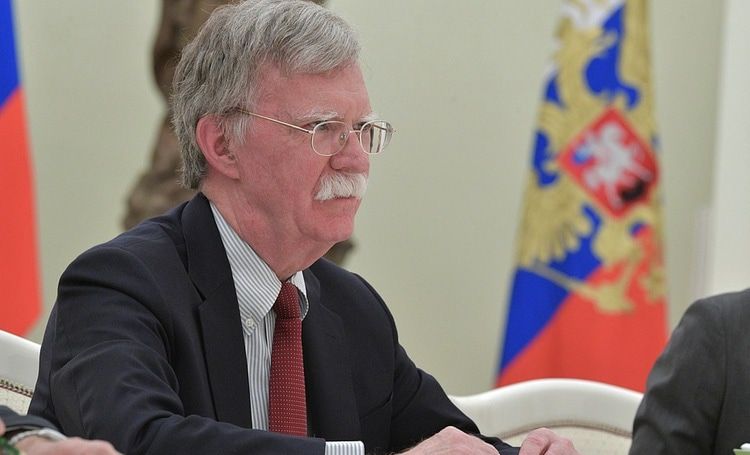 Visualizing 150 Iranian dead from a missile strike that he had ordered, President Donald Trump recoiled and canceled the strike, a brave decision and defining moment for his presidency.

Secretary of State Mike Pompeo, John Bolton and Vice President Mike Pence had signed off on the strike on Iran as the right response to Tehran's shootdown of a U.S. Global Hawk spy plane over the Gulf of Oman.

The U.S. claims the drone was over international waters. Tehran says it was in Iranian territory. But while the loss of a $100 million drone is no small matter, no American pilot was lost, and retaliating by killing 150 Iranians would appear to be a disproportionate response.

Good for Trump. Yet, all weekend, he was berated for chickening out and imitating President Barack Obama. U.S. credibility, it was said, has taken a big hit and must be restored with military action.

By canceling the strike, the president also sent a message to Iran: We're ready to negotiate. Yet, given the irreconcilable character of our clashing demands, it is hard to see how the U.S. and Iran get off this road we are on, at the end of which a military collision seems almost certain.

Monday, the president tweeted: "The U.S. request for Iran is very simple—No Nuclear Weapons and No Further Sponsoring of Terror!"

According to our own intelligence agencies in 2007 and 2011, Tehran did not even have a nuclear weapons program.

Under the 2015 nuclear deal, the JCPOA, the only way Iran could have a nuclear weapons program would be in secret, outside its known nuclear facilities, all of which are under constant U.N. inspection.

Where is the evidence that any such secret program exists?

And if it does, why does America not tell the world where Iran's secret nuclear facilities are located and demand immediate inspections?

But what does that mean?

As the major Shiite power in a Middle East divided between Sunni and Shiite, Iran backs the Houthi rebels in Yemen's civil war, Shiite Hezbollah in Lebanon, Alawite Bashar Assad in Syria, and the Shiite militias in Iraq who helped us stop ISIS's drive to Baghdad.

In his 12 demands, Pompeo virtually insisted that Iran abandon these allies and capitulate to their Sunni adversaries and rivals.

Not going to happen. Yet, if these demands are nonnegotiable, to be backed up by sanctions severe enough to choke Iran's economy to death, we will be headed for war.

No more than North Korea is Iran going to yield to U.S. demands that it abandon what Iran sees as vital national interests.

As for the U.S. charge that Iran is "destabilizing" the Middle East, it was not Iran that invaded Afghanistan and Iraq, overthrew the Gadhafi regime in Libya, armed rebels to overthrow Assad in Syria, or aided and abetted the Saudis' intervention in Yemen's civil war.

Iran, pushed to the wall, its economy shrinking as inflation and unemployment are rising, is approaching the limits of its tolerance.

And as Iran suffers pain, it is saying, other nations in the Gulf will endure similar pain, as will the USA. At some point, collisions will produce casualties and we will be on the up escalator to war.

Yet, what vital interest of ours does Iran today threaten?

Trump, with his order to stand down on the missile strike on Iran, signaled that he wanted a pause in the confrontation.

Still, it needs to be said: The president himself authorized the steps that have brought us to this peril point.

Trump pulled out of and trashed Obama's nuclear deal. He imposed the sanctions that are now inflicting something close to unacceptable if not intolerable pain on Iran. He had the Islamic Revolutionary Guard declared a terrorist organization. He sent the Abraham Lincoln carrier task force and B-52s to the Gulf region.

And who would Trump name to negotiate with Tehran for the United States?

The longer the sanctions remain in place and the deeper they bite, the greater the likelihood Iran will respond to our economic warfare with its own asymmetric warfare. Has the president decided to take that risk?

We appear to be at a turning point in the Trump presidency.

Does he want to run in 2020 as the president who led us into war with Iran, or as the anti-interventionist president who began to bring U.S. troops home from that region that has produced so many wars?

Perhaps Congress, the branch of government designated by the Constitution to decide on war, should instruct President Trump as to the conditions under which he is authorized to take us to war with Iran.