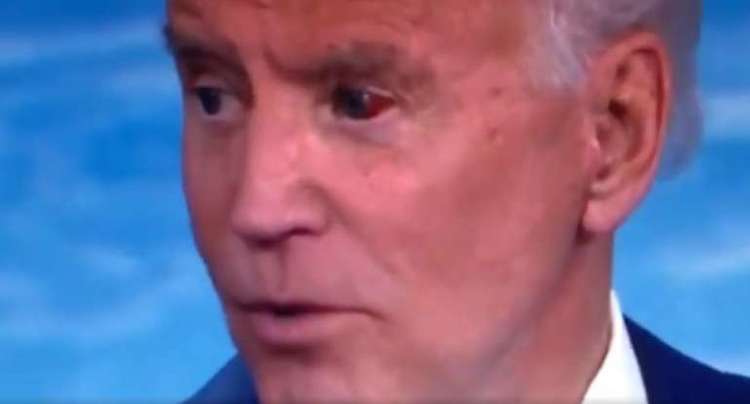 Above, Joe Biden's eye fills with blood on national TV.

Thursday, Sept. 14, looks to be a fateful day in the half-century-long political career of Joe Biden.

That night, a three-hour debate will be held, a marathon in politics.

Biden will be on stage, taking incoming missiles for 180 minutes from nine rivals, each of whom is hungry for the Democratic nomination and has a huge investment in seeing him stumble and fall.

A solid showing by Biden that night, marked by wit and a mastery of the issues, would cause a storm surge of relief in the Democratic Party.

It would provide desperately needed reassurance to millions of Democrats who have a gnawing fear Biden's time has come and gone, that he is losing it, that his memory is failing, and that, at any moment, from some egregious gaffe, his campaign could crater and crash.

If he stumbles that night, misremembers or misspeaks repeatedly in the three hours, the apprehension about his nomination, already widespread among the party elite, could turn into panic.

Why is the Democratic Party apprehensive about Joe Biden?

Though every poll has him running well ahead of his competitors, the Biden campaign has ranged from dull to embarrassing.

Biden began by speaking nostalgically of his days as a young senator and the warm friendships he formed with segregationist senators Herman Talmadge and Jim Eastland, the latter a Mississippi pillar of "massive resistance" to civil rights legislation.

In the first debate, Biden was skewered by Sen. Kamala Harris for having boasted of opposing the court-ordered busing that, Harris claims, enabled her to get an integrated education in California.

Asked, in Keene, New Hampshire, how it felt to be in the lovely town, Biden volunteered, "Look, what's not to like about Vermont."

Biden spoke of meeting in his vice president's office with students from Marjory Stoneman Douglas High School in Parkland, Florida, the scene of a horrific school shooting. Only the Parkland massacre did not occur until after he left the vice presidency.

Speaking in the aftermath of shootings in El Paso, Texas, and Dayton, Ohio, Biden talked of the recent "tragic events in Houston and also in Michigan the day before." After the shootings in Odessa, Texas, done with an assault rifle, an outraged Joe said it was "absolutely mindless" not to ban all firearm magazines that carry more than a single bullet.

Given months of campaigning in which the principal feature has been his gaffes, why is Joe still the front-runner?

Because he has been around so long as a senator and vice president, from 1973 to 2017, is well-known and well-liked, is the most acceptable of the candidates to moderates fearful of the rising radicalism in the party—and, above all, because every poll shows Biden has the best shot at beating Donald Trump. 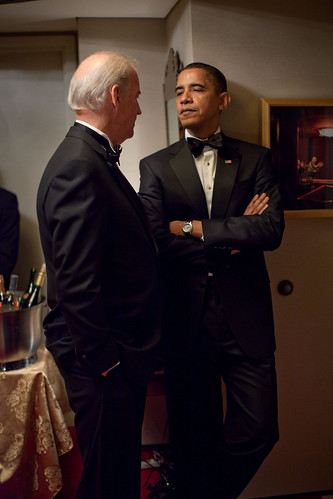 Biden has undeniable assets. He was Barack Obama's loyal subaltern. He is seen, even by opponents, as a nice guy, a politician without malice and a pragmatist unencumbered by principle who can slide leftward at the same speed as his party on issues such as abortion and same-sex marriage.

Biden is a believer in the maxim of Sen. Henry Ashurst of Arizona that the "clammy hand of consistency should never rest for long upon the shoulder of a statesman."

Also, Biden's rivals have proven unimpressive, with the exception of Sen. Elizabeth Warren, who has steadily plodded upward to challenge the socialist Bernie Sanders for the second position.

Biden's crowds are anemic compared to Warren's. His speeches range from the unexciting to the boring. He has no enticing policy agenda, no inspiring message, no captivating slogan. As a political athlete, he is not even in the same league as Obama or JFK.

He does not excite the Democratic youth. And if he won in 2020, he would be, at 78, our oldest president. Jill Biden, his wife, made the case for Joe well: "You may like another candidate better, but you have to look at who's going to win... Joe is that person."

Like Warren Harding a century ago, Biden holds out to the nation the promise of a "return to normalcy."

In his days in the Senate, he was famous for his tough-on-crime stand and his vote to authorize the war in Iraq—a blunder of historic proportions.

If elected, at the end of his first term, Biden would be 82. If he sought and served the two terms every president seems to seek, he would, in 2028, be 86 years old on leaving office.

Does the Joe Biden of the summer of 2019 look like he could be, a decade from now, the dynamic leader America could rely on to face down the successors to China's Xi Jinping and Russia's Vladimir Putin?

Prediction: At some point in this campaign, Joe Biden will declare that, if elected, he will only serve one term.