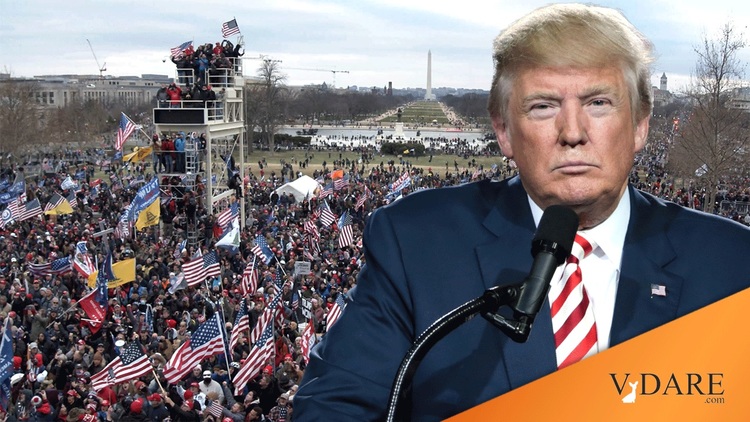 Donald Trump has stumbled and fallen, and the establishment is not going to let slip this last opportunity to stomp him and his movement to death.

Either Vice President Mike Pence and the Trump Cabinet invoke the 25th Amendment, declare the president "unfit" for office, and remove him within 24 hours, or House Democrats will vote to impeach him again.

As the Senate, which would have to hear the case and hold the trial, does not meet again until Jan. 19, the day before Joe Biden is inaugurated, what is going on here? It sounds absurd, like rushing to hang a man who is going to die the next day.

But such is the blind hatred of Pelosi's House for Donald Trump.

Rep. James Clyburn of South Carolina suggests holding off sending a bill of impeachment to the Senate for 100 days, to give Biden a chance to get his appointees confirmed, and then indict and convict Trump of sedition when he is a private citizen.

What would be the purpose of impeaching a president who hasn't been president for three months?

Answer: A conviction would strip Republicans of the right to reelect the man who got the largest number of votes in their party's history.

House Democrats want veto power over whom Republicans can nominate. And this is the crowd that does not cease to bray about its devotion to "democracy."

What are the specific grounds for impeaching Trump?

In the first draft of the resolution of impeachment, apparently, the crime is "incitement to insurrection."

Yet, in his Wednesday speech on the mall, Trump declared, "We're going to cheer on brave senators and congressmen and -women, and we're probably not going to be cheering so much for some of them."

Trump added, "Everyone here will soon be marching over to the Capitol building to peacefully and patriotically make your voices heard."

Nowhere in Trump's remarks was there a call to violence or to invade the Capitol building, or to engage in the mob criminality that took place under the Capitol dome Wednesday afternoon.

But the effort to disgrace and drive Trump from an office he will vacate in 10 days is only a part of the general purge that is underway against conservatives, Republicans and Trumpists.

Twitter and Facebook—the social media megaphones Trump has used to communicate with some 80 million followers -- have terminated the president's personal accounts.

Apple, Amazon and Google have cut ties to the social media website Parler, which is popular among conservatives.

And this is being applauded by individuals who see themselves as acolytes of the First Amendment.

Now calls are coming from home-state newspapers and colleagues for Josh Hawley and Ted Cruz to resign from the Senate. And for what?

During Mike Pence's reading of the count during a joint session on Jan. 6, Cruz and Hawley called for debate on the electoral vote counts of Arizona and Pennsylvania.

What Hawley and Cruz did was not only permissible under the statute, it was also supported by more than 100 GOP members of the House.

Now, Cumulus Media, which has more than 400 radio stations and employs some of the most popular conservative talk-radio hosts in the nation, has warned its on-air personalities to stop suggesting the election of 2020 was stolen from Trump -- or face termination.

Said Brian Philips, vice president of content at Cumulus, in an internal memo: We "will not tolerate any suggestion that the election has not ended. The election has been resolved and there are no alternate acceptable 'paths.'"

"If you transgress this policy," says Philips, "you can expect to separate from the company immediately."

Major corporations have begun to instruct their Political Action Committees to halt contributions to Republican legislators who support Trump. And some of Trump's Cabinet officers and White House staff have bailed out on him.

"Count your friends when you're down," Richard Nixon said.

On Jan. 21, Democrats will control the Senate, the House and the White House. Big Tech, Big Business, Big Media will all be on board.

They will be led, however, by a president and vice president who are in their offices not because of the great campaign they conducted and the brilliant case they made -- but because Americans voted in the most massive turnout in history, 74 million for Trump and 81 million against Trump.

As for the GOP, it should follow in these difficult days the counsel of LBJ when things were going bad: "Just hunker down like a mule in a hailstorm. And let the wild wind blow. And the sun will come out again in the morning."

In two years, the pendulum will swing back to the right, for it now has nowhere else to go.