Pat Buchanan: Trump—America for the Americans! 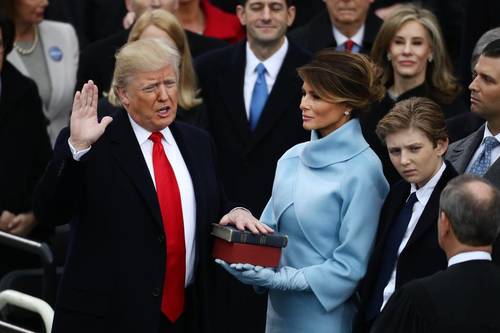 As the patriotic pageantry of Inauguration Day gave way to the demonstrations of defiance Saturday, our new America came into view. We are two nations now, two peoples.

Though bracing, President Trump's inaugural address was rooted in cold truths, as he dispensed with the customary idealism of inaugurals that are forgotten within a fortnight of the president being sworn in. 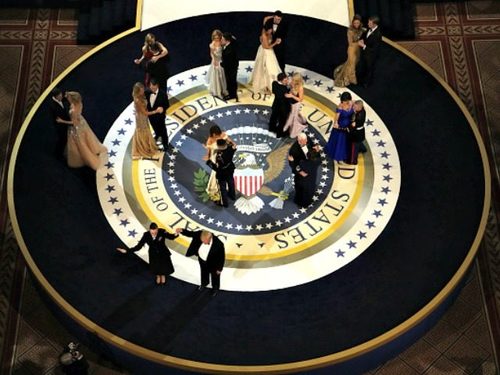 He was speaking to and for the forgotten Americans whose hopes he embodies, pledging to be their champion against those who abandon them in pursuit of higher, grander, nobler causes. Declared Trump:

"For too long, a small group in our nation's capital has reaped the rewards of government while the people have borne the cost. Washington flourished, but the people did not share in its wealth. Politicians prospered, but the jobs left and the factories closed."[Full text]

Is this not true? American wages have stagnated as scores of thousands of factories were shut down or shipped abroad. Five of the six wealthiest counties in the U.S. today, measured by median household income, are the suburbs of Washington, D.C.

Inaugurals should lift us up, wailed the media, this was "dark."

And Trump did paint a grim picture—of "mothers and children trapped in poverty in our inner cities; rusted-out factories scattered like tombstones across the landscape of our nation; an education system flush with cash but which leaves our ... students deprived of all knowledge, and the crime and the gangs and the drugs..."

But is this not also a reality of America 2017?

Indeed, it carries echoes of FDR's second inaugural: "I see one-third of a nation ill-housed, ill-clad, ill-nourished. ... The test of our progress is not whether we add more to the abundance of those who have much; it is whether we provide enough for those who have too little."

Some of the recoil to Trump's speech is surely traceable to an awareness by those covering and commenting upon it—that this was a searing indictment of them and their own ruling class.

With America's political elite sitting behind him, Trump accused them of enriching "foreign industry," not ours, of subsidizing other countries' armies but neglecting our own, of defending other nation's borders while leaving America's borders unprotected.

Then, in the line that will give his address its name in history, he declared: "From this day forward it's going to be only America First."

Prediction: Trump's "America First" inaugural will be recalled as the most controversial, but will be among the most remembered.

What did Trump mean by "America First"?

"Every decision on trade, on taxes, on immigration, on foreign affairs will be made to benefit American workers and American families."

What does it mean for the world?

"We will seek friendship and goodwill with the nations of the world, but we do so with the understanding that it is the right of other nations to put their own interests first. We do not seek to impose our way of life on anyone, but rather to let it shine as an example. We will shine for everyone to follow."

Denounced as isolationism, this is in an old and great tradition.

Ronald Reagan talked of America being a "shining city on a hill" for other nations to emulate.

When the Hungarian patriot Louis Kossuth came to America seeking aid for the revolution of 1848, Henry Clay told him:

"Far better is it for ourselves, for Hungary, and for the cause of liberty, that ... avoiding the distant wars of Europe, we should keep our lamp burning brightly on the western shore, as a light to all nations, than to hazard its utter extinction among the ruins of fallen or falling republics in Europe."

The charge of "isolationist" was thrown in the face of Clay. But he prevailed, and America stayed out of Europe's wars until 1917 when Woodrow Wilson, fatefully, plunged us in.

In 1936, FDR said, "We shun political commitments which might entangle us in foreign wars. ... We are not isolationists except insofar as we seek to isolate ourselves completely from war. ... I hate war."

What Trump was saying in his inaugural is that we will offer our free and independent republic as an example to other nations, but it is not our providential mission to reshape the world in our own image.

"We will reinforce old alliances" that are in our interests, Trump declared. But we are approaching the end of an era where we fought other nations' wars and paid other nations' bills.

We will no longer bleed and bankrupt our country for the benefit of others. Henceforth, America will be of, by, and for Americans.

Is that not what the nation voted for?