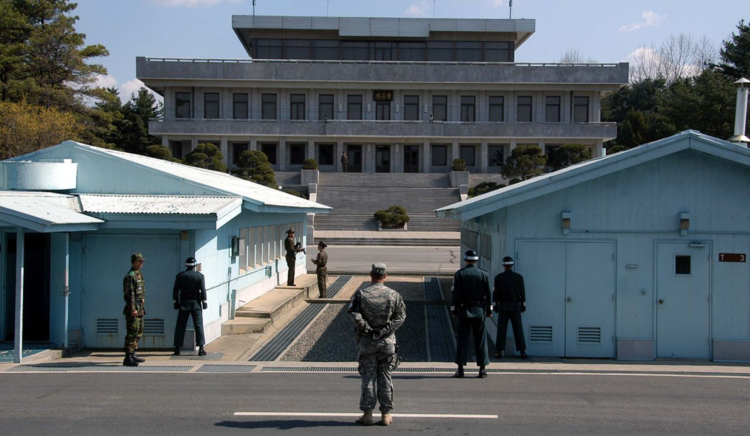 North Korea has just pulled off an impressive dual feat—the successful test both of an intercontinental ballistic missile and an atom bomb in the 6-kiloton range.

Pyongyang's ruler, 30-year-old Kim Jong Un, said the tests are aimed at the United States. So it would seem. One does not build an ICBM to hit Seoul, 30 miles away.

Experts believe North Korea is still far from having the capability to marry a nuclear warhead to a missile that could hit the West Coast. But this seems to be Kim's goal.

Why is he obsessed with a nation half a world away?

America has never recognized his, his father's or his grandfather's regime. We have led the U.N. Security Council in imposing sanctions. We have 28,000 troops in the South and a defense treaty that will bring us into any war with the North from day one, and a U.S. general would assume overall command of U.S. and Republic of Korea troops.

We are South Korea's defense shield and deterrent against the North.

And while America cannot abdicate her responsibility and role in this crisis, we should be asking ourselves: Why is this our crisis in 2013?

Epochal events. Yet U.S. troops still sit on the DMZ, just as their grandfathers did when this writer was still in high school.

Why? North Korea represents no threat to us, and South Korea is not the ruined ravaged land of 1953. It has twice the population of the North, an economy 40 times the size of the North's, and access to the most modern weapons in America's arsenal.

Why were U.S. troops not withdrawn from Korea at the end of the Cold War? Why should we have to fight Seoul's war if Pyongyang attacks, when the South is capable of fighting and winning its own war?

Had the United States moved its soldiers out of South Korea, and its planes and ships offshore, and turned over to Seoul responsibility for its own security, would the North be building missiles that can hit the United States?

Why is Kim Jong Un not primarily their problem, rather than ours?

Had we departed 20 years ago, the South would have built up its own forces to contain the North. Instead, we have allowed it to remain a strategic dependency. And the same holds true for Japan.

Japanese and Chinese warplanes and warships are now circling each other near what Tokyo calls the Senkaku Islands and Beijing calls the Diaoyou. These rocks were occupied by Japan in 1895, when the Empire of the Sun was at war with China and colonizing Taiwan.

After Imperial Japan fell in 1945 and disgorged its colonies, the Senkakus, along with the Ryukyus—of which the largest is Okinawa—were returned by President Nixon. And as the Senkakus are but a few rocks sticking out of the East China Sea, no one seemed to mind, before reports surfaced of oil and gas deposits in adjacent waters.

What has this to do with us?

The United States has reportedly signaled Japan that the Senkakus are covered by our mutual defense treaty and if China attacks in those waters, and Japan goes to war, we stand with Japan.

Sixty years ago, U.S. commitments to go to war to keep South Korea and Japan from falling into the Stalin-Mao sphere were supported by Americans, who willingly sent their sons to the Far East to defend the "frontiers of freedom."

But South Korea and Japan long ago became economic powers, fully capable of undertaking their own defense. And the Cold War enemies we confronted no longer exist.

Why have we failed to adapt to the new world we are in? As Lord Salisbury said, "The commonest error in politics is sticking to the carcass of dead policies."

Are our war guarantees to Japan and South Korea eternal?

Undeniably, should the U.S. seek to renegotiate its defense pacts with Seoul and Tokyo, each would consider, given the rogue regime in the North, a nuclear deterrent of its own. This would stun and shock China.

But what help have the Chinese been to us lately?