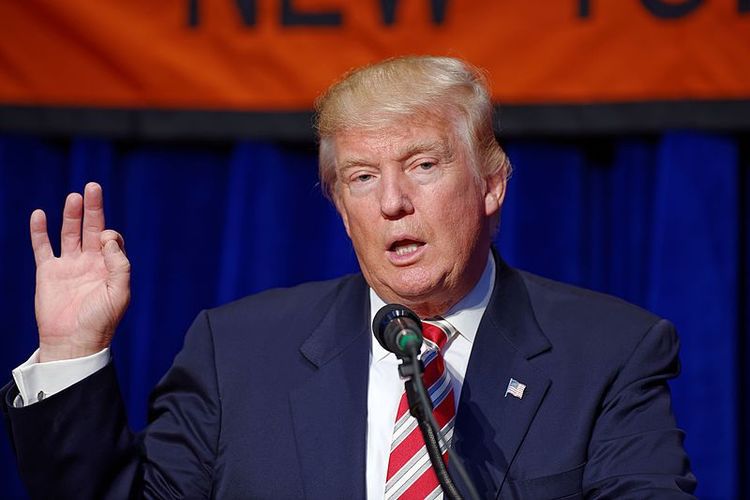 Trump Is Right on Trade

Republican hawks are aflutter today over China's installation of anti-aircraft missiles on Woody Island in the South China Sea.

But do these Republicans, good free-traders all, realize their own indispensable role in converting an indigent China into the mighty and menacing power that seeks to push us out of Asia?

Last year, China ran up the largest trade surplus in history, at our expense, $365 billion. We exported $116 billion in goods to China. China exported $482 billion worth of goods to us.

Using Census Bureau statistics, Terry Jeffrey of CNSNEWS.com documents how Beijing has, over decades, looted and carted off the greatest manufacturing base the world had ever seen.

In 1985, China's trade surplus with us was a paltry $6 million. By 1992, when some of us were being denounced as "protectionists" for raising the issue, the U.S. trade deficit with China had crossed the $10 billion mark. 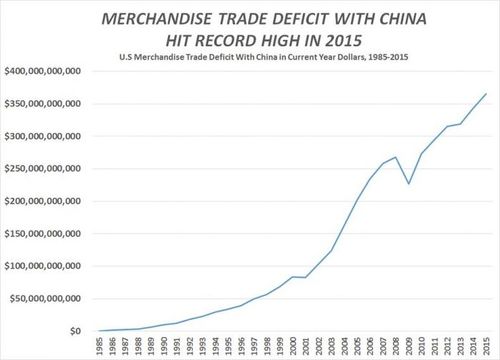 Total trade deficits with China in the Bush-Clinton-Bush-Obama era? $4 trillion. Total U.S. trade deficit in 2015—$736 billion, 4 percent of our GDP.

To understand why Detroit looks as it does, while the desolate Shanghai Richard Nixon visited in '72 is the great and gleaming metropolis of 2016, look to our trade deficits.

They also help explain America's 2 percent growth, her deindustrialization, her shrinking share of the world economy, and the stagnation of U.S. wages as manufacturing jobs are replaced by service jobs.

Those trade deficits also explain the rise of Bernie Sanders and Donald Trump.

Yet, with the exception of Trump, none of the GOP candidates seems willing to debate, defend or denounce the policies that eviscerated America—and empowered the People's Republic.

Workers, however, know what our politicians refuse to discuss.

They are being sold out for the benefit of corporate elites who pay off those politicians with the big cash contributions that keep the parties flush.

Politicians who play ball with Wall Street and K Street know they will be taken care of, if they are defeated or when they retire from public office, so long as they have performed.

Free trade is not a zero-sum game. The losers are the workers whose jobs, factories and futures are shipped abroad, and the dead and dying towns left behind when the manufacturing plants shut down.

Consider OPEC, which is reeling from the oil price collapse. Russia is colluding with Saudi Arabia and Iraq to cut production to firm up the market and prevent prices from falling further.

This is pure price fixing, but we all understand self-interest.

Controlling the largest market on earth, we might impose on foreign producers a cover charge, an admissions fee, a tariff, to get into our market.

Example: Impose a 20 percent tariff on foreign cars entering the USA. This might raise the cost of a Lexus or Mercedes produced and assembled abroad from $50,000 to $60,000.

However, if Lexus or Mercedes buys or makes all their parts in the USA and assembles all their cars here, no tariff. Their cars could still sell for $50,000. This would be a powerful incentive to shift production here. As an added incentive, all tariff revenue could be used to reduce or eliminate corporate taxes in the USA.

Between the Civil War and World War I, under Republicans, the U.S. became the world's greatest industrial power and a wholly self-sufficient nation. How? We taxed foreign goods entering the United States, but did not tax the profits of U.S. companies or the incomes of U.S. workers.

The difference between economic patriots and globalists who inhabit corporate-funded think tanks and public policy institutes is that the latter think of what is best for their corporate benefactors and the global economy. The former put America and Americans first.

But none of them ever built a great nation. Patriots look to Alexander Hamilton and those post-Civil War Republicans who built the greatest national industrial powerhouse the world had ever seen.

Indeed, what great nation did free trade ever build?

So it is true today. Unfortunately, it is America, now wedded to the fatal dogma of free trade, that is decaying.