"Nativism ... xenophobia or worse" is behind the triumph of Brexit and the support for Donald Trump, railed President Barack Obama in Ottawa.

Obama believes that resistance to transformational change in the character and identity of countries of the West, from immigration, can only be the product of sick minds or sick hearts. 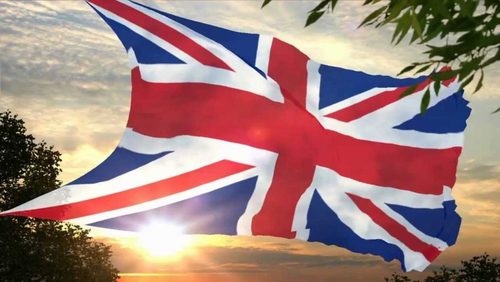 According to The New York Times, he will spend the last months of his presidency battling "the nativism and nationalism" of Trump and "Britain's Brexiteers."

Prediction: Obama will fail. For rising ethnonationalism and militarization of frontiers is baked in the cake, if the West wishes to remain the West.

Behind that prediction lie the startling figures of the U.N.'s "World Population 2015" chart, which just arrived.

Consider but a few of those figures.

Between now and 2050, Europe will lose 32 million people. Not one European nation has a fertility rate—2.1 children per woman—sufficient to keep it alive. A quarter of all Europeans are 60 or older.

The tribes that created the West are passing away.

Contrast Europe with Africa, just across the Mediterranean.

Given the tyranny, destitution and disease that afflict Africa, what—other than barriers, border guards and warships—is there to stop tens of millions of young African men from crossing over in coming decades to fill the empty spaces left by dying Europeans? 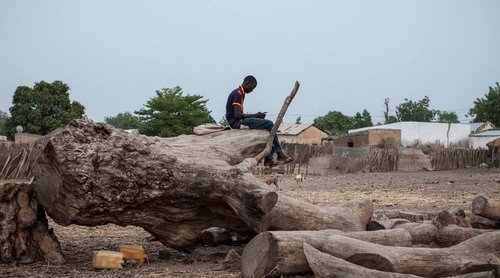 The Arab-Muslim population of North Africa alone, from the western Sahara and Morocco to Egypt and Sudan, will add 130 million people in 35 years. Egypt will add 60 million, to reach a population of 151 million by 2050.

Yet Egypt will still have only the fifth-highest population of Muslims, behind Indonesia, Pakistan, Bangladesh and India.

While impossible to find a Western country with a fertility rate that will prevent its native-born people from dying off, it is difficult to find a Muslim country that does not boast a rising or exploding population.

Between now and 2050, Poland will lose 5 million people; Ukraine almost 10 million; and Russia 15 million. Lithuania, Latvia and Estonia will see one-sixth of their combined population disappear.

Such losses are comparable to those of World War II.

In percentage terms, Ukraine will suffer most. By midcentury, its population will have shrunk by 21 percent, to 35 million. Is this not a graver matter than whose flag flies over Crimea?

The bleakest prospects belong to Japan, home to some of the most capable, industrious and advanced people on earth.

Between now and 2050, Japan will lose 19 million people and see its population fall to 107 million. A third of the nation is already 60 or older. Only 1 in 7 Japanese are under 16.

Japanese are the oldest people on earth. In coming decades, a large slice of Japan's population will be working to support health care, pensions and welfare for the aged, infirm and dying.

And the United States?

With Mexico and Central America adding 56 million people in 35 years, either the U.S. secures its southern border or the 11-12 million immigrants here illegally will have millions of new compatriots.

America is already evolving into another country.

Though the U.S. is projected to grow by 67 million people in 35 years, this growth will be wholly among Hispanics, Asians and African-Americans. In each of the past four years, non-Hispanic white Americans have registered more deaths than births.

White America has begun to die.

Can Obama really believe that amnesty for undocumented immigrants is still in the cards with a Republican Congress scorched by the forces behind Trump?

Can he believe that the right-wing parties proliferating across Europe, which see their nations imperiled by a rising tide of Muslim immigrants and refugees, will pack it in and support the EU's march to a transnational superstate that controls immigration and borders?

What has been tabled for discussion this year, in Europe and America, is the future of the West as an identifiable civilization to be cherished and defended by the peoples whose ancestors created it.

And Obama's reverence for Islam notwithstanding, the West remains the greatest civilization of them all.

Belatedly, Western Man appears to have decided to defend the shire, pull up the drawbridge, and man the parapets on the castle walls.

As for Trumpism and the Brexiteers, Mr. President, in the words of Jimmy Durante, "you ain't seen nothing yet."

Patrick J. Buchanan needs no introduction to VDARE.COM readers; his books State of Emergency: The Third World Invasion and Conquest of America, and Suicide of a Superpower: Will America Survive to 2025? are available from Amazon.com. Patrick J. Buchanan is the author of the new book “The Greatest Comeback: How Richard Nixon Rose From Defeat to Create the New M