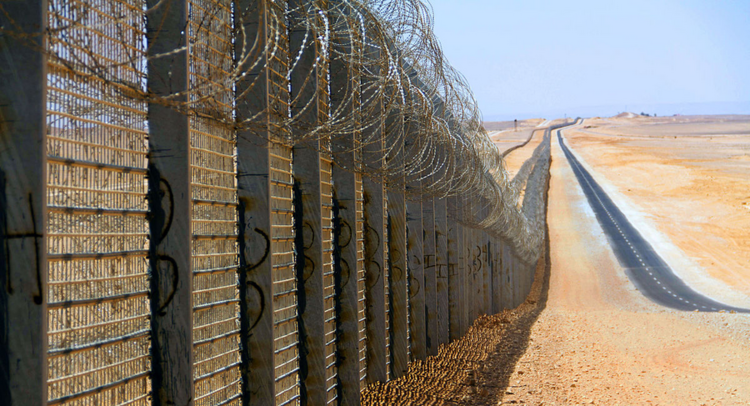 New Muralism In Egypt—Walls Work Over There, Why Not Here?

This is another story about the worldwide trend to build walls. This was described by Colby Cosh as "The New Muralism," and which I blogged about under the somewhat obvious title of "Something There Is That Does Love A Wall"

Even as Israel moves expeditiously to seal off its West Bank threat, however, Palestinians face the prospect of another wall hemming them in. This latest wall is not being constructed by the Israelis, though, but by Egypt, which seeks more protection from its Palestinian neighbors in Gaza.

Cairo has every reason to be concerned. In January 2008, Hamas demolished the Gaza-Egypt border fence, allowing an estimated 700,000 Palestinians—nearly half of Gaza's population—to stream into the Sinai desert. Initially, Cairo viewed the Gaza breach as an opportunity to solidify its pro-Palestinian bona fides. Then reality set in. Egypt, it seems, was concerned that Palestinians entering the Sinai might exacerbate Egypt's own terrorism problem. In April 2006, 23 tourists were killed in a car-bomb attack in the Sinai resort town of Dahab; two days later, U.N. Multi-national Force Observers, enforcing the Egypt-Israel peace treaty, were targeted by suicide attacks. [Egypt Builds a Wall, by David Schenker, The Weekly Standard, 04/28/2008, ]

Of course, the "New Muralism" is a response to the age of mass migrations, and this shows, once again, that walls work, and are generally the most humane solution.