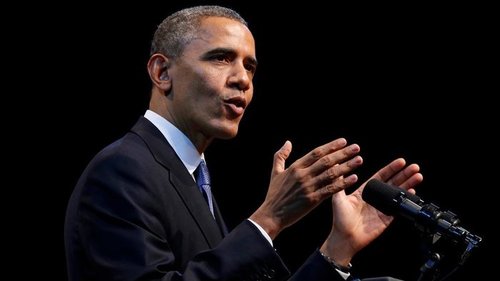 Roger Scruton once observed that the reason Cultural Marxism holds such enormous appeal for our ruling elites is not because it is philosophically true, but because it confers on them the power to manipulate others and reconfigure the social order. This—and nothing less than this—is the driving force behind President Obama’s My Brother’s Keeper initiative to “mentor” young black males.

To the untrained eye, My Brother’s Keeper gatherings held at the White House and elsewhere seem harmless enough. President Obama stands up and gives a windy speech about policing and social justice, packaged in such a way that does not directly assail whites. Participants then break into small groups, form circles and hold hands, and talk. Lots and lots of talk. For Marxists, political education and group therapy are often synonymous. And this is continuing around the country. [City of Long Beach "My Brother's Keeper" Task Force Holds First Meeting of Many, by Asia Morris, Long Beach Post, July 23 2015]

Nevertheless, all this talk points in the same direction. The purpose of My Brother’s Keeper is not to provide a positive mentoring network for young black men, but to mold a new generation of footsoldiers to take up the race struggle.

As far as I can tell, there isn’t much of a paper trail for My Brother’s Keeper, like many things in Barack Obama’s life. But if it has an intellectual antecedent, it is probably the concept of the Talented Tenth—the black (often mulatto) elite whose mission it is to lead the benighted black masses out of the wilderness of white civilization into a vague promised land of political and economic equality. Needless to say, they themselves end up being the main beneficiaries —the ultimate form of Blaxploitation.

Many people believe that the Talented Tenth was the original brainchild of W.E.B. Dubois. Actually, it was a white man, the Rev. Henry Lyman Morehouse who coined the concept. Morehouse (after whom Morehouse College is named) believed that, in educating the American Negro, one should make a special effort to identify and uplifts its exceptional men—the one in ten—who could really excel academically and professionally. These talented black men could then rise into leadership positions whereby they could then uplift the rest of their race.

W.E.B. Dubois quickly borrowed this concept from Morehouse and reshaped it to fit more neatly into his Marxist-socialist worldview.

Although few seem to notice, there is something terribly condescending about DuBois’s concept of the Talented Tenth. He assumes that 90% of the black population are too clueless to take care of themselves and that they need people like DuBois to lead them. This, despite the fact that DuBois himself had little in common with most black Americans. 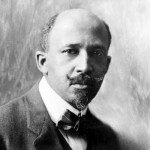 W.E.B. Dubois was born a mulatto freeman in bucolic Great Barrington, Massachusetts and became the first black to earn a PhD at Harvard University. Dubois was also an unabashed elitist who often wore white gloves, carried a cane, and sported a Kaiser Wilhelm mustache that he picked up while doing graduate work at the University of Berlin.

Subsequently, the modern members of the Talented Tenth, such Lani Guinier, Deval Patrick, Henry Louis Gates, and Eric Holder, comprise a permanent mulatto upperclass that wields power over a permanent black underclass with whom they rarely interact—preferring instead to mingle among their own kind in enclaves in places like Martha’s Vineyard.[ Oak Bluffs, Mass.: A Place in the Sun, . By DeNeen L. Brown, Washington Post, August 20, 2009]

There is another class of coloured people who make a business of keeping the troubles, the wrongs and the hardships of the Negro race before the public. Having learned that they are able to make a living out of their troubles, they have grown into the settled habit of advertising their wrongs—partly because they want sympathy and partly because it pays. Some of these people do not want the Negro to lose his grievances, because they do not want to lose their jobs.

Note that it would be hard to think of a better way to keep blacks down than to promote massive Third World immigration. And yet there is not a single black member of Congress or the Obama Administration who does not support high numbers of legal and illegal immigration—even though immigration has been a challenge to black employability since at least Reconstruction. Quite obviously, they see it as an anti-white policy that will enhance their access to power and perquisites.

In the old days, it was European immigrants—often Irish—who posed the biggest threat to black workers. But today, the immigrants are mostly from the Third World, and they are far greater in number.

At VDARE.com, we often write about the lawless behavior of blacks (if only because almost no one else will). But we also emphasize that black Americans are suffering terribly because of the anti-national immigration policies advocated by their Talented Tenth—policies that surely exacerbate the growing problem of black crime.

Many of the occupations that once employed large numbers of blacks—construction, hotels, restaurants, even the car wash—are now dominated by immigrants. Many urban neighborhoods that have been historically black—Watts, Compton, Harlem—have now been so thoroughly transformed by immigration that blacks no longer recognize them.

The numbers paint a bleak picture. As of this writing, the official black unemployment is 10.2%—twice the national average. But the real black unemployment rate might be three or four times higher. [Black Unemployment Rate Closer to 37.9%, by Larry Walker II, Natural Born Conservative, August 3, 2013 ]The black labor participation rate hovers around 60% while the black homeownership rate is barely 40%.

The black leadership has no credible response to these concerns, except to assert that the problems of blacks must be the fault of whites because white people have it much better.

Indeed, it is interesting how obsessed the Talented Tenth is with so-called “gaps” between whites and blacks: the standardized test gap, the achievement gap, the incarceration gap, the school discipline gap. But My Brother’s Keeper gatherings seem to emphasize the alleged “opportunity gap.”

Actually, I agree on this last point, but for different reasons. Blacks certainly do suffer a genuine opportunity gap—but that gap is not the fault of white racism, but largely the fault of the Open Borders policies that its Talented Tenth continue to support.

In fact, many of these children of black immigrants, such as Barack Obama and Eric Holder, have gone on to become the leading racial agitators of the Talented Tenth.

This brings us to the name of My Brother’s Keeper, which sounds terribly paternalistic, like your treating these young blacks like pets or something. But the name also has disturbing theological implications, and frankly, I’m surprised more people aren’t weirded out by this.

The phrase “My Brother’s Keeper” comes from the biblical story of Cain and Abel. According to Genesis, Abel was a shepherd and Cain a farmer. One day Abel brought God some of the finest sheep of his flock as an offering while Cain offered God some crops from his harvest, but not the finest crops.God, therefore, expressed pleasure with Abel’s offering, but displeasure with Cain’s. So Cain later slew Abel out of jealousy. After the murder, God asks: “Cain, where is thy brother Abel?” whereupon Cain replies, “Why? Am I my brother’s keeper?”

In my reading of Genesis, Cain’s response to God is impudent, even bratty. Subsequently, God curses Cain for committing the first murder in human history: “When you work the ground, it will no longer yield its crops for you. You will be a restless wanderer on the earth.”

Am I the only one who thinks it strange to name an organization after the contemptuous response of the world’s first murderer and arguably the most cursed man in history?

Then again, maybe the name My Brother’s Keeper is ironically appropriate. For who can doubt that black America is experiencing a kind of slow moving death—and those who are turning the knife are the members of the Talented Tenth who support open borders, and the poisonous racial politics of Ferguson, Baltimore and Trayvon Martin.

If the black leadership actually worked to reduce legal and illegal immigration, they would surely do much to improve the quality of life for black Americans. But if that were the case, more blacks would be finding work, solving their own problems—and relying less on their political leaders.

Instead, the Talented Tenth keep the black underclass on a short leash, and that is why they will never drop their support for open borders, not just because they support any policy that they believe will undermine the white majority, but because they want to maintain their position as their brother’s keeper for all time, or at least until they successfully reduce the country to a pile of rubble.

Someday, of course, all of these so-called black leaders will finally pass from this scene and will, presumably, finally meet their Maker.

One has to wonder if they will face a judgement every bit as harsh as the one leveled against Cain.