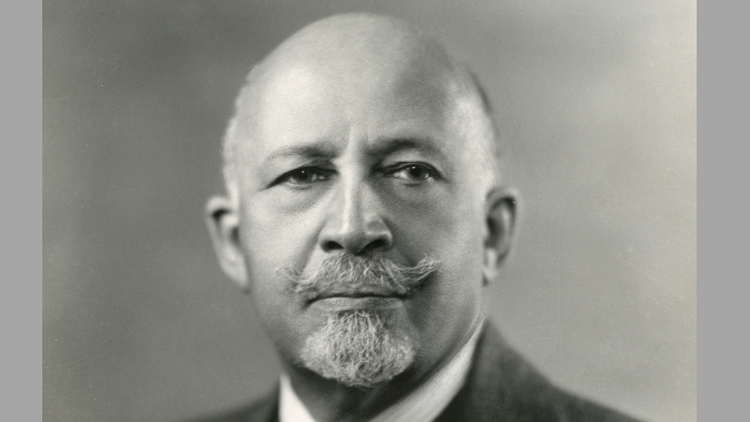 Why the Du Bois Boomlet?

"Last week David Levering Lewis' biography of W.E.B. Du Bois won a second Pulitzer Prize. Lewis won his first prize in 1994 for Volume 1. This year's prize went to Volume 2. The double whammy recognizes Lewis' gifts as a biographer. But it also reflects the swelling reputation of Lewis' subject—who is now widely seen as the founding father of the modern fight for black equality."

David Greenberg's statement that Du Bois' reputation is growing is just another example of the journalistic desire to portray everything as a trend ("More Take up Eating/ Sleeping/ Breathing"). W.E.B. Du Bois' reputation in the mainstream has been Olympian for several decades. For example, Du Bois was featured in my Catholic school textbooks in the early Seventies, along with Harriet Tubman and, my personal favorite at the time, Langston Hughes.

Greenberg, however, still finds it necessary to cover up Du Bois' racial elitism. DuBois was a mulatto with beige skin but European features. He looked like a Portuguese count who had spent the summer cruising the Mediterranean on his yacht.

Brent Staples, a black editorial writer for The New York Times, has pointed out:

The first civil rights leaders were from the mulatto elite, which historically discriminated against darker-skinned blacks and held many of the same ideas about them that whites did. These antipathies mellowed into condescension in W.E.B. Du Bois, a scion of the fair-skinned elite, a co-founder of the NAACP, and the first black man to earn a Ph.D. from Harvard. Du Bois' racial philosophy emerged in his essay on "the talented tenth," assigned the task of lifting up the rest. Du Bois wrote, "Progress in human affairs is more often a pull than a push, a surging forward of the exceptional man, and the lifting of his duller brethren slowly and painfully to his vantage-ground."

Booker T. Washington (also a mulatto, but born a slave) had focused on helping the black masses achieve the skills (educational, economic, hygienic, etc.) that they needed in order to live without masters. But DuBois' efforts were focused on behalf of the mulatto elite. The black masses responded in kind by calling the NAACP the "National Association for the Advancement of Certain People."

In the long run, though, DuBois' liberal elitism came to dominate the civil rights orthodoxy. Note how the Civil Rights Establishment is infinitely more worked up over restoring racial quotas at UC Berkeley than over, say, improving inner city public schools.

In general, whites remain utterly oblivious to discrimination by lighter-skinned African Americans against blacks. Witness one of the more sickening phenomenon in modern America: the beatification of Muhammad Ali, an illiterate, an ally of Elijah Muhammad and Louis Farrakhan in their jihad against Malcolm X after his rejection of racism - an egomaniacal mulatto racist so enamored of his own cafe-au-lait middle class looks that he called his great working class black rival Joe Frazier a "gorilla."