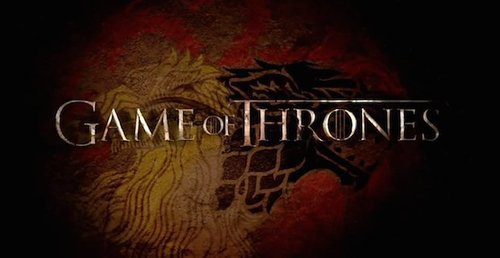 As President Obama's nuclear deal with Iran is compared to Richard Nixon's opening to China, Bibi Netanyahu must know how Chiang Kai-shek felt as he watched his old friend Nixon toasting Mao in Peking.

The Iran nuclear deal is not on the same geostrategic level. Yet both moves, seen as betrayals by old U.S. allies, were born of a cold assessment in Washington of a need to shift policy to reflect new threats and new opportunities.

Several events contributed to the U.S. move toward Tehran.

First was the stunning victory in June 2013 of President Hassan Rouhani, who rode to power on the votes of the Green Revolution that had sought unsuccessfully to oust Mahmoud Ahmadinejad in 2009.

Rouhani then won the Ayatollah's authorization to negotiate a cutting and curtailing of Iran's nuclear program, in return for a U.S.-U.N. lifting of sanctions. As preventing an Iranian bomb had long been a U.S. objective, the Americans could not spurn such an offer.

Came then the Islamic State's seizure of Raqqa in Syria, and Mosul and Anbar in Iraq. Viciously anti-Shiite as well as anti-American, ISIS made the U.S. and Iran de facto allies in preventing the fall of Baghdad.

But as U.S. and Iranian interests converged, those of the U.S. and its old allies—Saudi Arabia, Israel and Turkey—were diverging.

Turkey, as it sees Bashar Assad's alliance with Iran as the greater threat, and fears anti-ISIS Kurds in Syria will carve out a second Kurdistan, has been abetting ISIS.

Saudi Arabia sees Shiite Iran as a geostrategic rival in the Gulf, allied with Hezbollah in Lebanon, Assad in Damascus, the Shiite regime in Iraq and the Houthis in Yemen. It also sees Iran as a subversive threat in Bahrain and the heavily Shiite oil fields of Saudi Arabia itself.

Indeed, Riyadh, with the Sunni challenge of ISIS rising, and the Shiite challenge of Iran growing, and its border states already on fire, does indeed face an existential threat. And, so, too, do the Gulf Arabs.

Uneasy lies the head that wears a crown in the Middle East today.

The Israelis, too, see Iran as their great enemy and indispensable pillar of Hezbollah. For Bibi, any U.S.-Iran rapprochement is a diplomatic disaster.

Which brings us to a fundamental question of the Middle East.

Is the U.S.-Iran nuclear deal and our de facto alliance against ISIS a temporary collaboration? Or is it the beginning of a detente between these ideological enemies of 35 years?

Is an historic "reversal of alliances" in the Mideast at hand?

Clearly the United States and Iran have overlapping interests.

Neither wants all-out war with the other. For the Americans, such a war would set the Gulf ablaze, halt the flow of oil, and cause a recession in the West. For Iran, war with the USA could see their country smashed and splintered like Saddam's Iraq, and the loss of an historic opportunity to achieve hegemony in the Gulf.

Also, both Iran and the United States would like to see ISIS not only degraded and defeated, but annihilated. Both thus have a vested interest in preventing a collapse of either the Shiite regime in Baghdad or Assad's regime in Syria.

And, thus, Syria is probably where the next collision is going to come between the United States and its old allies.

For Turkey, Saudi Arabia and Israel all want the Assad regime brought down to break up Iran's Shiite Crescent and inflict a strategic defeat on Tehran. But the United States believes the fall of Assad means the rise of ISIS and al-Qaida, a massacre of Christians, and the coming to power of a Sunni terrorist state implacably hostile to us.

Look for the Saudis and Israelis, their agents and lobbies, their think tanks and op-ed writers, to begin beating the drums for the United States to bring down Assad, who has been "killing his own people."

The case will be made that this is the way for America to rejoin its old allies, removing the principal obstacle to our getting together and going after ISIS. Once Assad is gone, the line is already being moved, then we can all go after ISIS. But, first, Assad.

What is wrong with this scenario?

A U.S. no-fly zone, for example, to stop Assad's barrel bombs, would entail attacks on Syrian airfields and antiaircraft missiles and guns. These would be acts of war, which would put us into a de facto alliance with the al-Qaida Nusra Front and ISIS, and invite retaliations against Americans by Hezbollah in Beirut, and the Shiite militia in Baghdad.

Any U.S.-Iran rapprochement would be dead, and we will have been sucked into a war to achieve the strategic goals of allies that are in conflict with the national interests of the United States. And our interests come first.