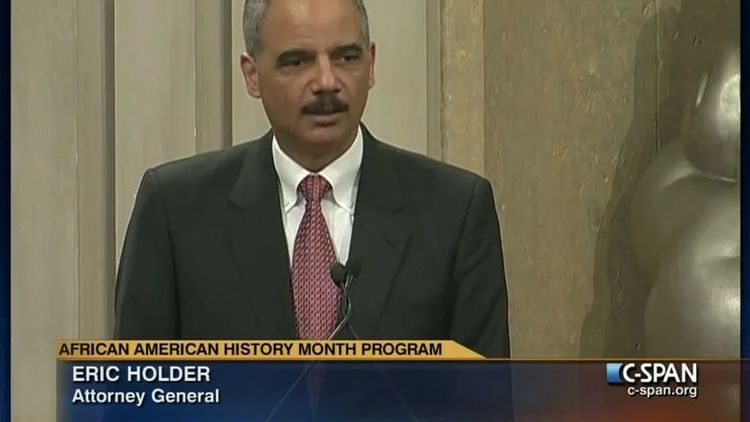 If you wanted to find out the latest on the U.S. Commission on Civil Rights (USCCR), would you turn to the New York Times or Jared Taylor's embattled little newsletter/ website American Renaissance?

If you said the NYT, you'd be wrong. (Full disclosure: I have had three articles published in American Renaissance.)

In American Renaissance's June 22 news round-up, its editors excerpted and linked to a webzine column by black writer Earl Ofari Hutchinson, criticizing the USCCR's opposition to the federal "hate crimes" bill. Hutchinson enthusiastically supports the bill, which will be voted on by the Senate imminently. He wrote:

"Federal prosecutors don't really want to bring criminal civil rights cases before the court. They see them as no-win cases with little political gain and lots of risk of making enemies of local police, DAs and state officials. [NS: Tell that to Jeremiah Munsen!] The rare time that the feds cracked down on civil rights violence was during the 1960s civil rights battles.

"Though federal prosecutors in recent times have had more than sufficient legal ground to bring cases in the old race murders from the 1960s, those have been brought almost exclusively in state courts. The only exceptions to the hard nosed rule that prosecutors stay out of state cases occurs when a hate crime triggers a major riot, generates mass protests or attracts major press attention.

"The Tiller murder, the Holocaust Museum shoot-up, and the increasingly shrill rants of hate groups spurred Holder to demand a tougher hate crime law. Given the tangle of legal wrangling and politics on hate crimes, Holder's got his work cut out for him to get it." [AG Holder's Battle for a Hate Crimes Law by Earl Ofari Hutchinson, New America Media, June 21, 2009. Links added by VDARE.COM]

Of course, Hutchinson has his history backwards: Obama Attorney General Holder began pushing for the Hate Crimes bill before the Tiller and Holocaust Museum killings. He has merely seized on them to try and get the bill passed.

As for "the increasingly shrill rants of hate groups", Hutchinson is merely parroting $PLC fundraising letters that have repeated that same talking point every few months for years. (Elsewhere in his column, he cites SPLC propaganda regarding numbers of "hate groups," which is the SPLC's trademark phrase.)

In contrast, the Commission argued that the law would violate the spirit of the Constitutional prohibition against double jeopardy, and the letter of state protections of each defendant's right to a fair trial, including the prohibition against admitting hearsay evidence.

"We regard the broad federalization of crime as a menace to civil liberties….

"While the title of [the Hate Crime bill] suggests that it will apply only to 'hate crimes,' the actual criminal prohibitions contained in it do not require that the defendant be inspired by hatred or ill will in order to convict. It is sufficient if he acts 'because of' someone's actual or perceived race, color, religion, national origin, gender, sexual orientation, gender identity or disability. Consider:

"While Senator Edward Kennedy has written that it was not his intention to cover all rape with [the bill], some DOJ officials have declined to disclaim such coverage. Moreover, both the objective meaning of the language and considerable legal scholarship would certainly include such coverage. If all rape and many other crimes that do not rise to the level of a 'hate crime' in the minds of ordinary Americans are covered by [the hate crimes law], the prosecutors will have 'two bites at the apple' for a very large number of crimes…." [United States Commission on Civil Rights, April 29, 2009 (PDF)]

The USCCR opposes the federal Hate Crimes bill? As any real newsman—or civilian with a room temperature IQ, for that matter—will tell you: that's a bombshell!

But to the New York Times, it was not newsworthy.

In contrast, back when black leftist Mary Frances Berry was USCCR's head tyrant, anything that emanated from its propaganda machine was front page news at the Times. Whether Berry was promoting 1999's racial profiling hoax against New York City Mayor Rudy Giuliani, in order to help Hillary Clinton win the 2000 New York Senate race, or The Great Florida Disenfranchisement Hoax one year later, in order to spread the Big Lie that George W. Bush had stolen the 2000 election, it was from Berry's lips to the NYT's ears.

As a result of Bush II's replacement of leftwing Democrats like Berry with Republicans, the Commission has of late been making "incorrect" statements. The Times has responded by suppressing the news.

On April 29, the USCCR sent a letter signed by four of its five members to House leaders, opposing the Hate Crimes bill, and later officially opposed it. I only found out because of Hutchinson's criticism, and American Renaissance's excerpting of Hutchinson. (Admittedly, I'm a New Yorker).

I thought that, perhaps, in spite of the research I'd done for my June 4 VDARE article on the Hate Crimes bill, I had somehow missed this story.

The bottom of the last page of Times hits brought the title, "MORE SCANDAL: U.S. Commission on Civil Rights Demands Answers on Voter Intimidation Case Dismissal. Political Punch. June 18, 2009…," but no link. (The title has since been dropped.)

It turned out that the link was to a Commentary magazine blog about the Bush Justice Department case against the black supremacist group, the New Black Panthers, whose goons had sought to physically stop whites from voting at a Philadelphia polling place on Election Day.

The Obama DOJ basically disappeared the case, even though the defendants had simply ignored the charges against them. Amazingly, according to the DOJ's rationalization of its misconduct, if black defendants in criminal cases refuse to show up for their court hearings, criminal charges against them must also be dismissed. (See the USCCR protest here wrote in a June 16 letter to DOJ, DOJ's Dismissal of Voter-Intimidation Charges by United States Commission on Civil Rights, June 18, 2009.

In February, even Establishment Conservatives condemned AG Holder's Black History Month speech, in which he called (white) America "a nation of cowards."

But Holder was just getting started. He is engaged in what I have argued is a systematic attack on the principle of equal justice where whites are concerned—call it "Jim Snow" as opposed to "Jim Crow".

During his Senate testimony, Holder repeatedly spoke of an "historic basis" for making blacks, among others, a specially protected group. But the history of the past approximately 46 years is a history of savage, pervasive, racially-motivated, black-on-white violence.

Given the New York Times' generations-long history of suppressing news of black-on-white atrocities (which it recently interrupted, in order to gloat about the Anne Pressly rape-torture-murder) can it be any surprise that it would refuse to report on the USCCR's criticisms?

Indeed, the NYT's censorship of news on black-on-white atrocities is of a piece with its reporting on race in general. For instance, readers seeking the truth about the race-motivated conspiracy to deprive white, New Haven firemen of their constitutional rights, must turn not to the Times, but to intrepid investigative journalist Samuel A. Alito Jr..

Its dishonesty has not served the NYT well. Despite a January loan by Mexican plutocrat Carlos Slim, for the past year or so, the Times has teetered on the brink of insolvency. Despite an immigration-driven population explosion, its readership is plunging. While its daily print readership dipped 3.55% over the six months ending in March over the previous year, to 1,039,031, its readership on the Web plunged 21% during May over the previous year, to 16.8 million unique visitors during the month.

And yet the New York Times still dominates the national news cycle. Every day, broadcast, cable, and print news editors across the country decide their coverage for the following day from the NYT. Ultimately, it determines what most Americans learn about their country each day.

Had the New York Times reported the USCCR's protests, it would have not merely contradicted the leftwing narrative, but possibly imperiled the passage of the Hate Crime bill.

And the NYT desperately wants to see that passed—as does Holder's boss, whom Times publisher Arthur "Pinch" Sulzberger Jr. no doubt hopes will provide him with a taxpayer-funded bailout.

All the news that fits...the agenda.

Nicholas Stix [email him] lives in New York City, which he views from the perspective of its public transport system, experienced in his career as an educator. His weekly column appears at

Men's News Daily and many other Web sites. He has also written for Middle American News, the New York