We Americans like to fancy ourselves protected from such “star chamber”-type tyranny. “It couldn’t happen here.”

Oh, but it could, and it did. Except for the reference to the Canadian Human Rights Tribunal,” everything in my opening paragraph is true, Jeremiah Munsen was subjected to a malicious prosecution in a U.S. federal kangaroo court, by Acting Assistant Attorney General for the Justice Department's Civil Rights Division Grace Chung Becker, and U.S. Attorney for the Western District of Louisiana Donald W. Washington.

On September 20, 2007 in Alexandria, Louisiana, the then-18-year-old Munson, accompanied by an under-aged friend, drove past dozens of black supporters of the Jena race hoax, with two extension cord ”nooses” hanging from the back of his pickup truck. 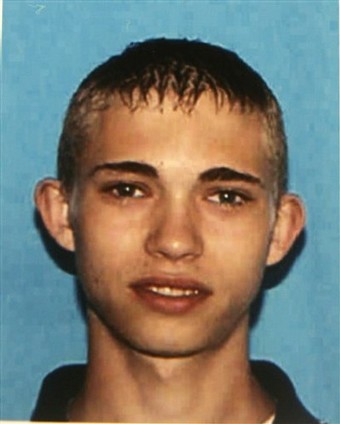 U.S. Attorney Washington piled on duplicate, unconstitutional and illegal felony and misdemeanor charges such that, had the penniless, despised Munsen fought them, he would have been summarily convicted on a “felony hate crime charge of conspiring to deprive the marchers of their civil rights by using a noose to intimidate the crowd,” and sentenced to up to 11 years in prison. Washington and Becker thereby coerced Munson, in April, into making a guilty plea “to a misdemeanor federal hate crime of interrupting protesters' federal rights to travel.”

For any slender, white teenager, serving 11 years of hard time on any charge with black and Hispanic felons entails racist gang-rape, sexual slavery and, ultimately, death from AIDS, in violation of the Constitution’s Eighth (“cruel and unusual punishment”) and Thirteenth (slavery) amendments. Doubtless, the folks at Justice saw to it that Munsen knew what awaited him.

His sentence begins on September 15.

This was an American show trial.

Never mind that Munsen engaged in symbolic speech that is protected under the First Amendment.

Never mind that the two unarmed whites were in much greater peril from a throng of racist blacks, than the blacks were from them. The blacks were waiting for buses home to Tennessee after the Nuremberg-style rally they had just attended, in support of six black high school students who had with others engaged in a racist murder attempt on a lone white victim, whom the brave blacks had suckerpunched, and stomped as he lay unconscious.

Such black-on-white gang attacks happen every day in schools across America.

The defendant committed a federal hate crime by using a powerful symbol of hate to intimidate a group of interstate travelers because of their race. It is a violation of federal law to intimidate, oppress, injure or threaten people because of their race and because those people are exercising and enjoying rights guaranteed and protected by the laws and Constitution of the United States. Our civil rights laws protect the civil rights of all Americans, and they emphasize the reality that we are all members of one particular race — the human race.

What about Jeremiah Munsen’s civil rights?

Were Washington and Becker familiar with American constitutional law, or with the 1964 U.S. Civil Rights Act (sections 202 and 301), they would know that that they were violating Munsen’s First Amendment right to engage in symbolic speech others deem offensive, and Fourteenth Amendment and Civil Rights Act rights to equality before the law, based on his race.

It is Becker and Washington who belong in prison.