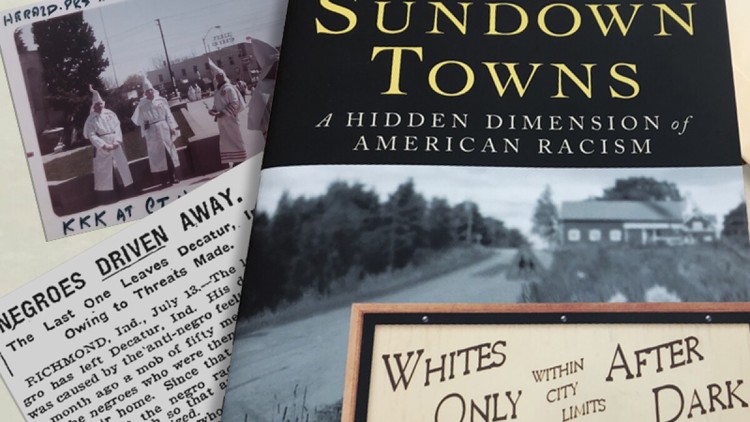 Multicultural Educators "Celebrate Diversity" In The Age Of Obama

The election of Barack Obama as the 44th President of the United States created quite a buzz at the 18th annual conference of the National Association of Multicultural Education [NAME], held in New Orleans from November 12-16, 2008.

Radical multiculturalists consider Obama as an ally who is likely to advance key aspects of their agenda with the promise of increased federal funding.

And the economic stimulus bills now before Congress do indeed contain $140 billion of federal spending on education—which will, will, rest assured, find its way to "discretionary" spending for "civil rights" programs in the Department of Education.

Obama's recent pick of black "education activist" Russlynn Ali, a vociferous advocate of reforms to close the "education gap" between blacks and whites, for assistant secretary for civil rights at the Department of Education ensures that "social justice" "equity" and "diversity" and other forms of social engineering will be high priorities under Obama's team at Education.

"Beyond Celebrating Diversity: Reactivating the Equity and Social Justice Roots of Multicultural Education" was the theme of the 2008 NAME conference. Attendance comprised the usual turnout of hundreds of teachers, administrators, and academics. About half were black, there were a few Asians, and the rest were granola-headed whites, including perhaps 15%-20% Jews. The 5-day program was a festival of left-oriented seminars and workshops.

The choice of New Orleans as the location for the 18th annual NAME conference factored in with the "equity" and "social justice" theme. The post-Katrina period has become a cause célèbre for "social justice" activists. The accepted storyline is the saga of a disadvantaged population displaced by an oppressive federal government (around the French Quarter FEMA stands for the Federal Emergency Mismanagement Agency).

This year's NAME program included a "Hurricane Katrina Tour" for $28.75—billed as "an eyewitness account of the events surrounding the most devastating natural and man-made disaster on American soil."

. The book targets graduate-level teacher candidates and seeks "alternative approaches" for recognizing "whiteness as a hegemonic process in the school context." Student teachers are "required…to reify the process of whiteness." One illustration in the book is a computer-enhanced image of the profiles on Mt. Rushmore with "some of the Fathers of the First Nations on the North American continent"—Indian chiefs in full regalia—imposed on them.

The full gamut of extreme multiculturalism and social justice was explored throughout the various 215 workshops, seminars, symposia, and lectures: "Freedom Dreams and Whiteness Nightmares: Future Educators on Struggling for a Democratic Counterpublic in Teacher Education," "Beyond White Liberalism: A Critical Analysis of Whiteness in Our Pedagogy and Ourselves," "Centering Race to Address the Intersections of Privilege and Oppression," "The Illusion of Race," "Immigration and Oppression: Strategies to Promote Justice Through Authentic Cultural Experiences," "Beyond 'Heroes and Holidays': Using Digitizing Ethnic Group Archives for Developing Critical Learning Modules," "Hip Hop as Critical Pedagogy in Secondary Education," "Undoing Whiteness in the Classroom: Critical Educultural Teaching Approaches for Social Justice Activism," and "Multicultural Spirituality and One-hand Clapping."

This year's NAME conference included three well-attended general sessions with keynote speakers. Perhaps the most notable keynote address was given by sociologist James W. Loewen. [Email him] As a retired professor of sociology at the University of Vermont, Loewen has carved out a niche on the radical-left academic circuit. His books, Lies My Teacher Told Me: Everything Your American History Text Book Got Wrong

and Sundown Towns: A Hidden Dimension of American Racism

, have been national bestsellers.

The subject of Loewen's speech, "Teaching What Happened," urged educators to motivate their students to question the conventional accounts of history in their course textbooks. Since the mid-1990s, he frequently asks his students: What is the Reconstruction period of American History? Sixteen out of seventeen students in one class responded that "blacks took over" southern state legislatures. According to Loewen, blacks did not "take over" southern state legislatures during Reconstruction; state constitutions were reformed and were better managed under Reconstruction; and "Mississippi had a better government under Reconstruction than at any point since."

In contrast, Loewen thinks the period of 1890-1940 is the "nadir of race relations." The South actually prevailed for several decades, rejecting the 14th Amendment and largely nullifying the outcome of the Civil War. Reconstruction was overthrown by southern resistance; many southern states implemented segregation policies. Loewen also views the massacre of Wounded Knee as another victory for "white supremacy."

Near the end of his talk, after noting that "we have had a wonderful election," Loewen expressed outrage at the "Sky Mall" catalog, which air travelers frequently peruse on flights. The consumer retail outlet features a range of electronic devices, home improvement products, the latest audio gadgets for iPods and home stereos, toys and collectibles, etc. Loewen held up a copy of the Sky Mall catalog and said it was "a sundown catalog—an apartheid catalog" (Loewen coined the phrase "Sundown Towns" to refer to rural communities where blacks were not allowed), noting that the various models in the catalog's 98 pictures were all white.

"It's an outrage!" Loewen exclaimed. He urged attendees to contact Sky Mall and express their outrage over the lack of diversity among the Sky Mall's selection of models.

(In fact, the last time I checked,  the website of Sky Mall—www.skymall.com—prominently featured an African American female model holding a Sky Mall gift card in a promotion of $100 for reviewers of Sky Mall merchandise.)

Another workshop, "The Illusion of Race," addressed the legacy of eugenics in American society. The workshop was sponsored by "Facing History and Ourselves," a Brookline, Massachusetts-based "educational" organization with satellite offices in Chicago, Cleveland, Denver, London, Los Angeles, Memphis, New York, and San Francisco.

Hanging on the walls of the conference room were early twentieth-century photos of the "Fitter Family Contest" and the eugenics movement's major figures: Charles Davenport and Harry Laughlin. The presenter covered the basic aspects of eugenics, noting that at one time many colleges offered some courses in eugenics.

The workshop presenter's narrative was vastly simplistic, featuring the preconceived notion that eugenics was established to eliminate entire racial groups. Inconvenient details were excluded: there was no mention that  Margaret Sanger, one of the primary founders of Planned Parenthood and an icon in the progressive pro-choice community, was also an enthusiastic eugenicist. No one mentioned the fact that one of the sponsors of "Facing History's" literature, the Kellogg Foundation, had historic family ties to the Race Betterment Foundation, founded by John Harvey Kellogg.

Most of the attendees had at best a crude notion of the subject matter. One associate professor struggled to identify Herbert Spencer as the source of "Social Darwinism." Contemporary IQ findings, notably The Bell Curve, and other research in the social and behavioral sciences were cited only to suggest that the underlying purpose of eugenics was genocide. That the principle of bringing healthy children into the world could be applied to any race was simply never considered.

This workshop and others at the NAME conference exposed the radical and rigid dogma of the ideologues in attendance—educators and administrators, lacking a rudimentary understanding of the subject matter under discussion, busy working to "educate" the next generation of young Americans.

Set up as a non-profit educational organization, NAME collects a sizable portion of its annual revenue through membership dues and annual conference fees. For 2007, NAME listed its total revenue at $443,660 . It profits directly from the turnout of teachers and administrators who attend the annual conferences. These are usually reimbursed or subsidized from their educational institutions. Taxpayers, in essence, are indirectly subsidizing this annual radical Marxist festival. One institution  covered the expenses of no fewer than five individuals to attend the 2008 conference in New Orleans.

The real scandal for taxpayers is the backdoor channel to federal money that individual members or directors of NAME have secured under the guise of innocuous-sounding projects funded by the Department of Education. For example, Consider the Department of Education funds the University of Michigan's School of Education's Regional Equity Assistance Center (EAC). And Tasha Lebow, the past president of NAME and a director of the organization, works for the University of Michigan's Regional Equity Assistance Center (EAC).

The annual budget of the U.S. Department of Education is $68.6 billion, $59.2 billion of which is in "discretionary appropriations." And President Obama has pledged to increase annual education spending.

The cultural Marxists of the 1960s have enmeshed themselves into the fabric of America's educational landscape. A subculture of leftwing fanatics now dominates our colleges of education. Their underlying objective is to subvert public education with "a philosophy of inclusion" that replaces the traditional emphasis on knowledge, competition, ability, talent, excellence, and performance standards with a core concentration on "cultural pluralism," ethnocentric-centered "understanding," "alternative family" structures, and "liberating" the curriculum through "storytelling."

During the course of the presidential campaign, Barack Obama's ties to William Ayers—a draft-resister, fugitive from justice, former organizer of Students for a Democratic Society and one of the founders of the militant Weather Underground—surfaced repeatedly as Obama struggled to adequately answer questions as to his relationship with Ayers.

As Diether H. Haenicke, president emeritus of Western Michigan University, put it in an op/ed column for the Kalamazoo Gazette:

"Every admissions committee in professional schools questions a candidate's suitability for the profession. Past known drug use poses a problem for someone who wants to be a pharmacist or a physician. A former wife-beater has a hard time being admitted to the practice of social work. Law schools want to know about the ethical standards of applicants. Accounting departments are careful not to admit shady characters.

"How can people who escaped the law, threw bombs, stole, cheated and threatened the government with violence end up as educators of the next generation?" [Ayers' ties to higher education are more troubling than ties to Obama, December 9, 2008]

Of course, the multiculturalists have problems too. They fear that many whites will wrongly conclude that the election of a bi-racial president shows that America is not a "racist" nation. This idea that racial discrimination is a diminished factor in American society provokes frenzied reaction.

But the bottom line is that when conservatives vigorously opposed the creation of the Department of Education, they were right. It has been fatally infested by radical egalitarians, vigorously working to transform our public educational system since the 1960s.

An Obama Administration will certainly further their efforts—until grassroots American opposition blocks their funding and finally kills the monstrosity now known as the Department of Education.

Cooper Sterling [email him]  is a freelance writer in the Washington, DC area.