MSM Doesn’t Want To Discuss Third World Transformation Of West. Trump Should. The Alt Right Will

Yes, Donald Trump missed many opportunities in Monday’s debate, falling into the traps set by the ludicrously-biased moderator, the  obnoxious light-skinned black  Lester Holt. There was almost nodiscussion of immigration, the consequences of Hillary Clinton’s foreign policy or anything else that actually matters. Trump was aggressively pressed by Holt, but there was no parallel discussion of the scandals regarding the Clinton Foundation, Hillary’s emails, or anything else. 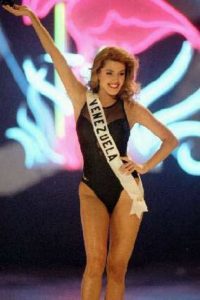 Instead, it was a tiresome series of “gotcha” questions on birtherism and Trump’s criticizing women. Now, in the aftermath, we have another faux controversy about Trump pointing out that some beauty pageant winner violated her contract by putting on a bunch of weight. (Pictured right, Alicia Machado at 118 lbs—you don’t want to see the 158-178 lb pictures.)[Trump Doubles Down On Nauseating Miss Universe Attack: ‘She Gained a Massive Amount of Weight,’ by Alana Horowitz Satlin, Huffington Post, September 27, 2016] 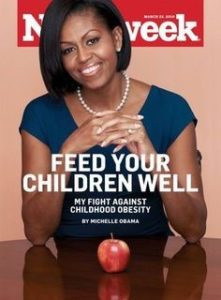 Of course, Michelle Obama’s “Let’s Move” program is dedicated to fighting obesity, though she started that before “fat shaming” evidently became a Hate Crime. And the idea of Hillary Clinton, wife of accused rapist Bill Clinton, leading a movement in defense of women is absurd on its face .[Clinton Childhood Friend ‘Astonished’ Women Would Vote For Hillary, WND, June 29, 2016]

And of course Trump himself bears ultimate responsibility for, once again, rising to the bait and getting caught in these silly controversies.

But when it comes to substance, Trump actually seemed better informed than Crooked Hillary. Indeed, when the debate stuck to policy in the opening round, Trump actually got the better of Clinton by attacking her on trade. Hillary Clinton, the supposedly seasoned politician, was reduced to saying “that’s your opinion” in response to Trump’s criticism on NAFTA. She completely dodged the question of whether she disagreed with President Obama’s support of the Trans-Pacific Partnership. And she flat-out lied when Trump called her out for terming TPP the “gold standard” of trade agreements. [Trump Crushes Hillary on NAFTA And TPP, WND, September 26, 2016].

Still, Trump has lost yet another news cycle at a critical time. And this is simply a manifestation of a far deeper problem. The MSM is using these faux controversies to avoid sober discussion of the most important issue of our time: the Third World transformation of the entire West.

For example, take a recent article from Vox, which bills itself as an “explainer” site that will soberly analyze the news for you. Consider its emotional response to Congressman Steve King meeting with several European populist leaders who oppose mass immigration, including the Alternative for Deutschland’s Frauke Petry and Geert Wilders. 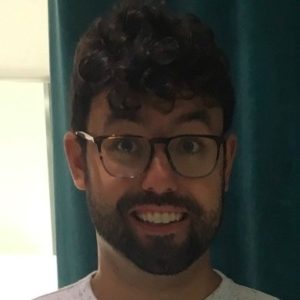 One Zack Beauchamp, an ostensible adult male who looks exactly like what you would expect and who is not related to the English noble family, has written a reaction to heroic Congressman Steve King’s tweet wishing success to the German AfD. “Cultural suicide by demographic transformation must end,” said King.

In his shrill, womanish response, Beauchamp called this an “outright statement of white supremacy.”

The argument, common among European far-rightists and online racists, is that immigration from certain groups is killing Western societies. If the West wants to save itself from “cultural suicide,” it needs to stop letting Muslims and nonwhites enter Western countries.

It’s a repulsive thing to say. And the company King is keeping underscores just how foul a saying it really is.

[Rep. Steve King is hanging out with the German far right and tweeting racist buzzword, September 26, 2016]

Of course, these statements shouldn’t even be controversial. Indeed, they are all but self-evident. If the populations of European nations are replaced by foreigners who are both racially and religiously distinct, it’s absolutely obvious that Western culture will be eliminated. It would be considered a truism if any group other than Europeans was considered.

I’ve argued, at length, that Trump and European far-rightists like Petry and Wilders share a common political strategy. Their basic argument is to appeal to the large number of whites, on both sides of the Atlantic, who see immigration and rising diversity as a threat to their sense of how the world should operate. The more nonwhites and Muslims gain, the thinking goes, the more white Christians lose.

Beauchamp’s implication: we should sneer in disgust at this zero-sum view of multiculturalism. But white Christians will lose as diversity increases—ultimately losing their countries and cultures entirely. After all, would Japanese culture somehow survive if the Japanese are replaced by Russians?  Would Chinese culture survive if the population was replaced by Nigerians? Will Israel still be Israel if current demographic trends continue and Jews are ultimately displaced by Muslim Arabs?

But we don’t need to limit ourselves to rhetorical questions. After all, Beauchamp himself already answered these questions when discussing the demographic fate of the Jewish state last year.

Israeli conservatives often contest these demographics. They argue that Palestinians overstate their numbers for political reasons and that the Israeli population tends to grow faster than experts think. However, the mainstream view is that Israel’s demographic problem is real, and Israel faces a choice between three outcomes: a two-state solution, a non-democratic state governed by a Jewish minority, or the end of a Jewish state.

[What happens if the peace process fails, by Zack Beauchamp, Vox, May 19, 2015. Links in original]

But while both Jews and non-Jews can soberly discuss the existential stakes facing Israel because of changing demographics, it seems no such discussion is permissible when it comes to Europe and America.

Instead, the MSM focuses on pathologizing individuals and movements which even broach these kinds of topics. Hillary Clinton’s “basket of deplorables” comment, attempting to marginalize 25% of the country as illegitimate, isn’t some kind of a gaffe. It accurately describes the strategy of the entire political system.

The Alt Right is rising because these kinds of questions demand a response. No question matters more than what kind of a country America will be if its population is completely transformed because of mass immigration.

And, as Monday showed, that is a discussion the MSM does not want to have.

Of course, Trump should force them to have it. To give credit to Beauchamp, Trump dropped the ball on Monday. Beauchamp smirked: “Instead of sticking up for his ideas, he just avoided them. He flinched” [Donald Trump lost Monday’s debate. So did Trumpism, Vox, September 27, 2016].

He’s right.  Beauchamp calls the decision to avoid discussing these issues as a victory for “the basic norms of American democracy and values.” He’s wrong, unless “democracy” means replacing the citizens and “values” means warring against the entire American past.

One of the clichés of this year’s election is that the rise of Trump is a victory for “celebrity” over “substance” and that the Main Stream Media bears responsibility for his rise because it lets him avoid discussing serious issues.

But as Monday’s debate and its immediate aftermath shows, Trump wins when there is a substantive discussion on issues like trade, immigration and foreign policy. Unfortunately for Americans, the MSM would rather embroil us in trivia.

Political Correctness is an effective weapon in suppressing debate, and if Donald Trump is to win this election, he’s got to disarm Hillary’s journalistic allies.

Yet regardless of what happens, the National Question is not going away. And whether Trump fights or falters, neither is the Alt Right.