Michelle Malkin: Tyranny of the Tamiflunatics

This is a lesson America should have learned after the mass media defamation of the Covington Catholic schoolboys last year. Just a few weeks ago, innocent teenager Nick Sandmann won a multimillion-dollar settlement against CNN for leaping to conclusions and attempting to ruin his life in pursuit of a political agenda driven by confirmation bias. The Washington Post and NBC News face similar lawsuits for potential damages totaling more than a half-billion dollars.

False allegations have consequences. And yet, here we are again. 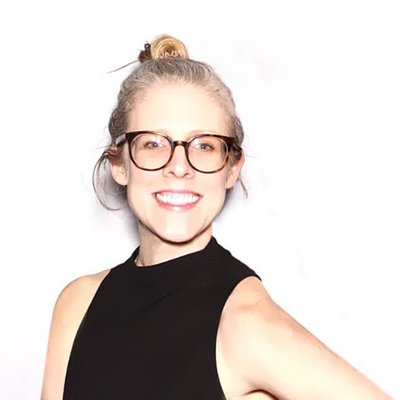 In Colorado last week, a young family was hurled into a national firestorm created by a single, powerful NBC News vigilante with an ideological ax to grind. "Investigative reporter" Brandy Zadrozny, right, lit the fuse on Feb. 6 with a Twitter post announcing that a 4-year-old had died of the flu. According to the Centers for Disease Control, an estimated 10,000 Americans (including nearly 70 children) have died of the flu this season. So what made this Colorado toddler's tragic death newsworthy?

The NBC News journalist condemned the boy's mom for having reached out to a Facebook health-centered parents' group whose members recommended that she not give her child Tamiflu medicine that a pediatrician had prescribed. Some commenters on the group had advised home remedies, including essential oils and vitamin C. Zadrozny linked to her incendiary hit piece on the mom and the "Stop Mandatory Vaccination" Facebook group, which was titled: "On Facebook, anti-vaxxers urged a mom not to give her son Tamiflu. He later died."

The toxic inference is clear: "Anti-vaxxers" are guilty of spreading online "misinformation" that led the mom to withhold a purportedly life-saving modern medicine—and Facebook is guilty for not stopping it.

Zadrozny [Tweet her/email her] is a self-anointed and self-appointed social media policewoman whose main focus is pressuring Facebook to shut down discussion groups she doesn't like. She labels all vaccine skeptics as conspiracy theorists without refuting facts or responding to peer-reviewed journal citations and historical data. She uses her bully pulpit to harangue Facebook into censoring laypeople seeking alternatives to "mainstream" medicine.

Zadrozny quoted "experts" fretting about parents who discuss their objections to coercive mandates and missives of Big Pharma and Big Government. Her article sneered at "natural remedies." The magic words "anti-vaxx" triggered the Two Minutes Hate theater that sent "Tamiflu" trending on Twitter.

The nicer messages called for the boy's grieving mom to be arrested and imprisoned. Many advocated that she die, including one Twitter warrior who wrote that since "she's an anti-vaxxer, lethal injection would be appropriate" and another who fumed that "she and everybody in that (Facebook) group should get the death penalty." User Ann raged that the mother should "go to prison."

User Hayden chimed in: "She clearly should be executed, as should the person who posted the nonsense on FB, as well as anyone who liked said nonsense, ALL EXECUTED!!"

Lost in all of these crazed point-and-sputter diatribes were some pertinent, pesky facts.

"Investigative reporter" Zadrozny never actually interviewed the parents, Geneva Montoya and Najee Jackson Sr., and relied solely on the Facebook postings and information from their GoFundMe page without independently discovering whether they had changed course after Montoya had commented to the Facebook group. Nor did she independently verify whether the parents were "anti-vaxx" or what vaccines besides the controversial flu vaccine (whose effectiveness has been challenged worldwide by health officials) they had chosen to avoid. A local television station, however, did the reporting Zadrozny failed to do.

It turns out the entire family, except for 4-year-old Najee Jr., had been suffering from influenza B. A 10-month-old brother who had been running a high fever had been seen at my neighborhood Children's Hospital in Colorado Springs the afternoon before Najee Jr. fell ill. Montoya told Fox31 TV in Colorado Springs: "We called the doctors. We called the hospital. We gave them the medicine we were instructed to give. We did everything."

Those who have already prejudged the mom respond that she must be lying. What if she is telling the truth? And why hadn't Zadrozny updated her story as of Feb. 11? I asked the online social media monitor that question publicly on Twitter, but she failed to respond by my deadline.

More to the point, it's quackery to suggest that Tamiflu would have saved Najee Jr.'s life. The respected Cochrane researchers in Britain have concluded there is no evidence the medicine reduces mortality or hospitalizations. In 2006, the FDA updated the Tamiflu label indicating that it could cause psychiatric problems. Japan banned Tamiflu for teenagers amid concerns about deleterious side effects.

Just days before Zadrozny crucified Najee Jr.'s family, a Denver mom publicly warned that her 8-year-old daughter suffered hallucinations from Tamiflu. Earlier this week, a 16-year-old girl in Leesburg, Va. with the flu died of cardiac arrest. She had been prescribed Tamiflu. Another 16-year-old in Ohio died of the flu last month after suffering a stroke. She, too, had been prescribed Tamiflu.

Their cases didn't make NBC News headlines, because they don't fit the dissent-squelching narrative. Tamiflunatics, vaccine bullies and their media gatekeepers spread misinformation that destroys lives. They are the true public health threats.