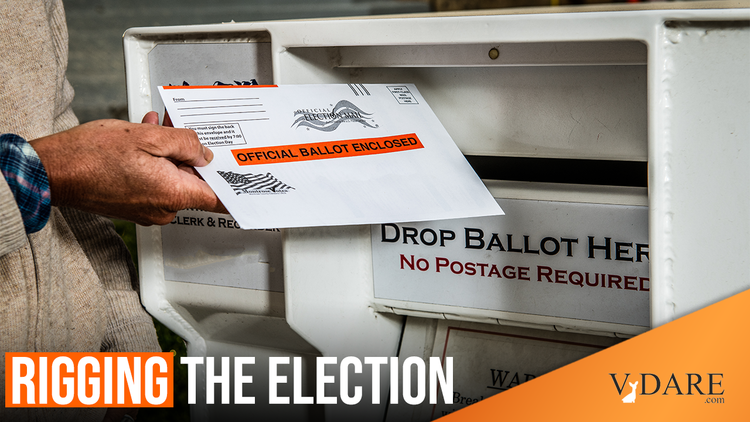 Michelle Malkin: The Zuckerberg Heist And The Georgia Election

In September 2020, right here in this nationally syndicated newspaper column and on a subsequent report on my Newsmax show, Sovereign Nation, I sounded the alarm over Silicon Valley's hijacking of our election system through a private nonprofit called the Center for Tech  and Civic Life.

In October, I tipped off the White House and publicly urged the FBI and Justice Department to investigate. Nothing was done. Not a single federal official objected. So, the Zuckerberg Heist will happen again and again in this farce of a constitutional republic. Free and fair elections in America are a pipe dream.

In case you were snoozing, as far too many citizens in this country are, CTCL is the deep-pocketed liberal advocacy group subsidized by Big Tech oligarchs and radical philanthropists. The center received $350 million from Facebook founder Mark Zuckerberg and his wife, Priscilla Chan. Election information-rigging Google is a top corporate partner. The Rockefeller Brothers Fund and the Democracy Fund (founded by "Never Trumper" billionaire and eBay former chairman Pierre Omidyar) also pitched in. There are unknown other wealthy donors to the 501(c)(3) "charity," but I can't tell you who and how many they are because their identities are protected by IRS rules.

I was able to tell you last fall how CTCL solicited over 1,100 applications from across the country for the group's purported "COVID-19 Response Grant Program" to "provide funding to U.S. local election offices" that steered voters toward alternatives to traditional voting. The pandemic provided a handy ruse to sabotage our regular Election Day experience through less transparent, more manipulable absentee and vote-by-mail mechanisms.

I showed you how there is nothing "nonpartisan" about CTCL's enterprise. The Center's top staff (many of them Barack Obama campaign tech gurus) come from a now-defunct liberal nonprofit called the New Organizing Institute, whose far-left donors include George Soros's Open Society Foundation, the Ford Foundation and Atlantic Philanthropies. CTCL director Tiana Epps-Johnson is a former Obama Foundation fellow. Former Obama campaign manager David Plouffe, author of "A Citizen's Guide to Beating Donald Trump," worked for Zuckerberg's foundation.

Chicago political activist Jay Stone, The Amistad Project of the Thomas More Society, and watchdogs in Michigan, Wisconsin and Pennsylvania all filed lawsuits prior to Election Day against CTCL's partisan grant scheme to affect battleground states' and counties' election results. This week, just as I prepared to file this column, The Amistad Project filed a new suit against Fulton County, Georgia (home of the pipe burst shenanigans that shut down absentee ballot counting on Election Day) for using dark money CTCL funds in both the general election and the Jan. 5 Senate runoff elections.

"The sanctity of our electoral process is being violated by the unprecedented infusion of private money," Phill Kline, director of the Amistad Project, warned. "Instead of being distributed equally, as the law requires," he noted, "election funding is now being doled out by private interests seeking to influence the process for partisan advantage."

According to The Amistad Project, the money that Fulton County has accepted from CTCL "is nearly equal to the amount the county received from public sources for the 2020 general election." Grant recipients must abide by Zuckerberg/CTCL's requirements on how many polling places and absentee ballot drop boxes it supplies. Election judges have been subsidized with Big Tech/Democrat operatives' money. The grants have reportedly been used to facilitate illegal "curing" of flawed ballots while GOP observers were blocked from doing their jobs.

The Democrats like to say that "your voice is your vote." When tech oligarch Mark Zuckerberg (net worth: $100 billion) has the unregulated and unmitigated ability to dictate how America's elections are run, who runs them, how we cast our ballots, and who counts them, what voice do we have left?