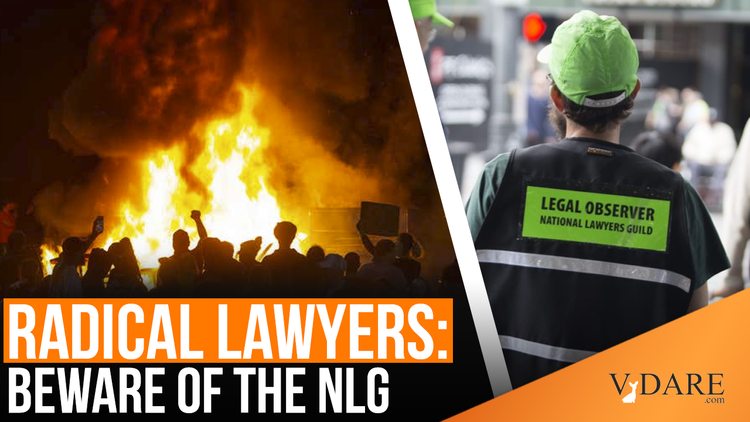 Earlier, by Michelle Malkin: The Mob Is Being Mobilized To Steal The Election From Trump

Buckle up. No matter what happens on Election Day, as I've warned for months, we are in for a long and wild ride. Over Halloween weekend, businesses in every major city across the country boarded up their windows and police departments prepared for "civil unrest."

I abhor that propagandistic euphemism, don't you? "Unrest" is when you've had a bout of insomnia. If journalism still meant anything in America, every media outlet would call it what it is: violence. And it's not just random violence but planned political chaos by anti-Trump forces.

The National Guard is on standby in Chicago. Cleveland cops have opened emergency operations centers. The Denver Police Department (home of the summer stand-down order that led to left-wing mob assaults on my pro-police rallygoers and me) are now establishing a command post for the first time in anticipation of election week anarchy by antifa, Black Lives Matter and affiliated obstructionists.

You will no doubt hear about the "legal observers" being dispatched to document the law enforcement response to "unrest" (a.k.a. violent riots), as well as to monitor polling places for "voter intimidation." These supposed watchdogs, clad in distinctive lime green hats and vests, are members of the National Lawyers Guild. NLG trainers held online "know your rights" sessions for Suffolk University students in Boston last week. The Delaware-New Jersey chapter of the group helped train about 100 volunteers to be "eyes and ears on the ground" around voting booths.

All summer long, NLG "legal observers" have assisted violent rioters and looters. On social media, antifa-adjacent operatives have credited the group with providing bail or cash cards to left-wing arrestees. Mob leaders advise their minions to write NLG's chapter phone numbers on their arms as they head out to menace police, Trump supporters and local shopkeepers.

What the media won't tell you is that there is nothing neutral or trustworthy about these "legal observers." The NLG was founded by Communist militants in 1937 who groomed a legion of trained legal agitators to "create change" in "the structure of our at the local, regional, national, and international levels." In fact, a U.S. House Committee on Internal Security report in 1973 chronicled how the NLG was formed with the assistance of the Comintern and constituted the "foremost legal bulwark of the Communist Party, its front organizations and controlled unions." Its lawyers represented violent Black Panthers and Weather Underground domestic terrorists.

The current generation of red-diaper lawyers carries that same revolutionary torch. Former NLG President Natasha Lycia Ora Bannan celebrated the group's "80 years of Radical Lawyering in the Age of Trump" and decried the phrase "Make America Great Again" as the "language of imperialism and war." She bragged about the Guild being labeled 'subversive' by the House Committee on Un-American Activities. Modern-day donor organizations funding the NLG include the far-left Ford Foundation, the Benjamin Fund (Code Pink Medea Benjamin's nonprofit, and Unbound Philanthropy, operated by a George Soros/Open Society Foundations advisory board member, Taryn Higashi.

Among the Guild's most infamous lawyers: Lynne Stewart, who was convicted in 2005 after a jury found her guilty of helping terrorist Omar Abdel-Rahman—the murderous Blind Sheik—smuggle coded messages of Islamic violence to outside followers in violation of an explicit pledge to abide by her client's court-ordered isolation.

Among the Guild's most notorious recent clients: unhinged professor Eric Clanton, who beat Trump supporters with a huge bike lock in 2017.

As the entire constellation of Trump resistance groups ramps up this week, remember that these malefactors with law degrees and their mentors have trained for this moment for upward of eight decades. Their goal is not to protect free speech and election integrity but to stifle the voices and votes of those they smear as "white supremacists" and "oppressors." We need patriot observers to monitor the "legal observers" running interference for the mob.