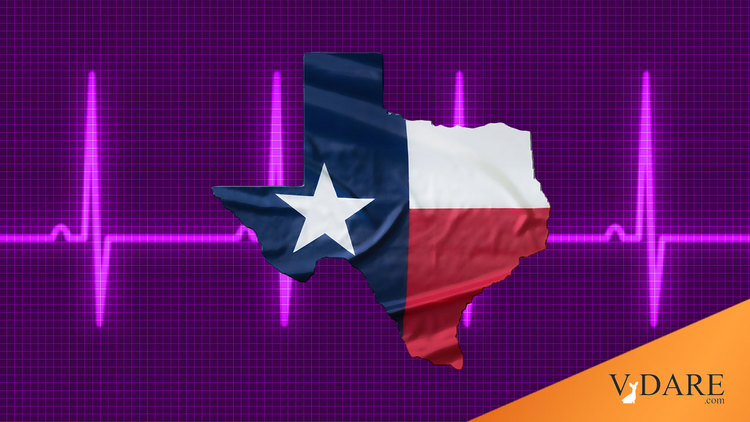 Michelle Malkin: The Coming Abortion Insurrection—Some Capitol Takeovers Are More Equal Than Others

I told you it was coming. Back in May, on my show, "Sovereign Nation," I chronicled significant signs of pro-life progress that were driving death-lobby Democrats mad—and I warned of a wave of intolerant tantrums to come as we hurtle into autumn. It's here.

In a 5-4 ruling last week, the U.S. Supreme Court refused to strike down the Texas heartbeat law protecting unborn babies as early as six weeks of age. This follows nationwide adoption of heartbeat laws and other abortion restrictions in so many state legislators that the left-wing Guttmacher Institute apocalyptically reported that "2021 is on track to become the most devastating antiabortion state legislative session in decades."

Extremist pro-abortion ghouls immediately lamented last week that more innocent human lives with detectable heartbeats in the womb will be saved thanks to the decision. Richard Hanania, a former Columbia University research fellow, complained that "(I)f red states ban abortion, we could see a world where they have five times as many children with Down syndrome, and similar numbers for other disabilities."

That callous response was tame compared with the unhinged rantings of actress Bette Midler, who called on all women to "refuse to have sex with men" in protest of state abortion restrictions. (I'd venture a guess that plenty of men would not consider abstaining from sex with Bette Midler a punishment, but I digress.)

The mayor of godforsaken hellhole Portland, Oregon, Ted Wheeler, indignantly proposed a resolution banning city trade and travel with Texas until the state withdraws the law or it gets overturned in court. (I'd venture a guess that very few Texans will consider Portland's abstinence and withdrawal from the Lone Star State a punishment, but again, I digress.)

A literal Satanic Temple announced plans to defy the law and assist any woman who "wishes to undergo the Satanic Abortion Ritual within the first 24 weeks of pregnancy." Meanwhile, web-hosting company GoDaddy showed its Satan-sympathizing colors by yanking down a whistleblower website run by Texas Right to Life that aimed to support enforcement of the heartbeat law.

Pro-abortion bigotry is similarly out in full force in the tech and entertainment industries. Standing up against the homicidal cancellation of unborn life will get you canceled by Hollywood and Silicon Valley.

The Food Network denounced former show host Josh Denny over his support for the Texas law, declaring that "his views do not reflect our company values and we regret giving him a platform."

Denny, God bless him, did not back down.

"If you regret having ever given me a platform," the actor and comedian retorted, "how about you send me a check for the (tens) of millions of dollars my show made for your network(s)? ... You knew my views and my style of comedy when you hired me. My views represent the beliefs of half of this country."

Indeed. Those views are also shared by John Gibson, who proclaimed publicly on Twitter that he was "proud" of the U.S. Supreme Court for affirming the Texas law protecting the unborn. "I felt it was important to go on the record as a pro-life game developer." Gibson was the co-owner of Tripwire Interactive, a Georgia-based video game developer and publisher, and until Sept. 6, he was the CEO.

Throwing their own leader under the bus, Tripwire's top brass wrote that they "are deeply sorry and are unified in our commitment to take swift action and to foster a more positive environment."

"Sorry" for allowing diversity of opinion to rear its terrible head!

This is all but a prelude to the real abortion insurrection. On October 2, two days before the new Supreme Court term kicks off, militant feminist leaders are planning the mother of all pro-abortion Women's Marches in Washington, D.C. These are the types of women who have turned up at past protests dressed as vaginas and vulvas, howling at the tops of their lungs while vandalizing public facilities with sanitary napkins, and storming the U.S. Capitol and Supreme Court steps.

Very rich, isn't it, coming from the same people who've been weaponizing November 3 and January 6 to cast their political opponents as the most dangerous public safety and homeland security villains. May I remind you that each and every one of the heartbeat laws and pro-life protections adopted this year came about peacefully and lawfully. Pro-lifers didn't have to shut down highways, burn down businesses or incite violence like Women's March allies in antifa and Black Lives Matter. They worked through the system—and it's still not unacceptable to the mob.

Watch who abides by the rules of civility—and who breaks the rules when they don't get what they want. History already shows us that some Capitol takeovers are more protected and equal than the others. I guarantee you that all the incessantly repeated narratives about "white supremacists" (like brown-skinned me) and Trump supporters being the real threats to democracy will be thoroughly debunked when the aggrieved abortion vigilantes in pink hats and raised fists return to Washington. Mark my words.