Earlier: Michelle Malkin Exclusive: What If the Convicted ‘Serial Rapist Cop’ Is Innocent?

Have you heard of "touch DNA?"

This mundane, yet menacing phenomenon exposes the double-edged sword of forensic science. With just an innocent handshake, an indirect transfer of epithelial cells, you could find yourself suspected of heinous crimes, charged with rape or convicted of murder.

This year, I'll be using my syndicated column and new investigative show on CRTV.com to shed light on the use and abuse of touch DNA in the criminal justice system. Detection methods involving tinier and tinier DNA samples have advanced rapidly during the last three decades.

But the mere presence of DNA does not prove a crime happened. It does not tell you how or when the material got to its discovered location. Contrary to Hollywood crime show oversimplifications, DNA is not a synonym for "guilty." 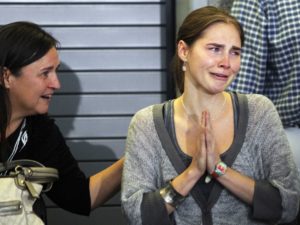 You may be familiar with a few high-profile cases where touch DNA led investigators astray. Trace amounts of DNA on a knife and bra clasp in 2007 were key to American student Amanda Knox's prosecution and conviction on charges of murdering her roommate in Italy. But when American forensic expert Dr. Greg Hampikian and others exposed contamination, interpretation and replicability/reliability problems with the DNA evidence, the Italian Supreme Court threw out the convictions eight years after the killing.

At the annual American Academy of Forensic Sciences conference last February, experts spotlighted the case of a homeless man charged with murdering a Silicon Valley mogul at his mansion—despite the accused being hospitalized, nearly comatose and under 24/7 medical supervision the night the crime occurred in 2012. As Scientific American reported, the defendant's DNA had been transferred inadvertently by paramedics who had touched and treated him three hours before arriving at the businessman's home. The EMTs used the same oxygen monitor on both men's fingers, unknowingly transferring skin cell DNA from the homeless man to the multimillionaire he had never met.

The case provided a definitive example of "a DNA transfer implicating an innocent person," the journal noted, and illustrated "a growing opinion that the criminal justice system's reliance on DNA evidence, often treated as infallible, actually carries significant risks."

Secondary transfer and contamination problems with touch DNA were most famously revealed by the "Phantom of Heilbronn," a case involving skin cell DNA from a "mystery" female serial killer and thief in Germany—which police years later acknowledged most likely belonged to a lab or factory worker who had handled cotton swabs used by investigators across Europe. 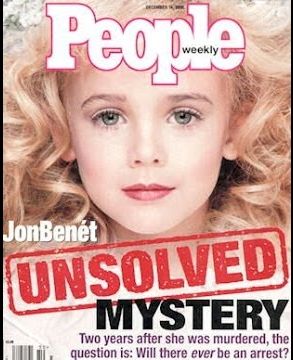 Touch DNA is also central to the murder case of Colorado toddler JonBenet Ramsey. Thanks to joint reporting by Denver's 9News and the Boulder Daily Camera, current Boulder County district attorney Stan Garnett announced three weeks ago that he is reopening the DNA portion of the investigation initially conducted by his predecessor, Mary Lacy. In 2008, she concluded in a letter exonerating the Ramsey family that an unknown male's DNA on JonBenet's underwear must belong to the killer because no innocent explanation existed for its presence.

In my own investigation of the case of former Oklahoma City police officer Daniel Holtzclaw, who was sentenced to 263 years in prison for alleged sexual assaults, I've encountered firsthand an alarming ignorance of the pitfalls and limitations of DNA evidence. That ignorance has been compounded by the stubborn unwillingness of ill-informed police detectives and prosecutors to acknowledge their scientific shortcomings. As a racially charged mob of Black Lives Matter activists demanded social justice and threatened riots in the volatile summer of 2014 (the summer of Ferguson), Holtzclaw was charged, tried and convicted despite a mountain of reasonable doubt. 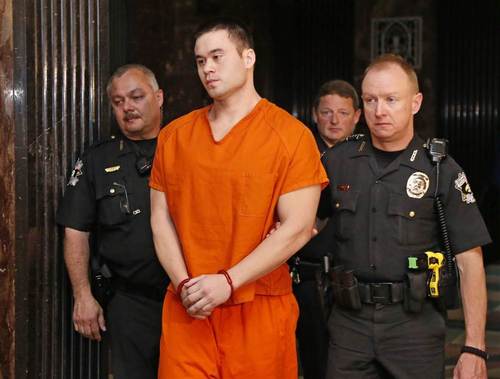 During my two-hour interview with lead detectives Rocky Gregory (now a homicide detective) and Kim Davis (now retired and hailed as a social justice champion) of the Oklahoma City police department, both adamantly insisted that transfer DNA "never happens." Davis said it was "hard to get." Gregory claimed it was "very rare" and "almost impossible." Prosecutor Gayland Gieger similarly mocked the touch DNA phenomenon at trial and and I believe he misled the jury about the DNA sourcing. (I'll have much more to report on their failings as Daniel's Feb 1. appeal deadline approaches.)

As Erica Fuchs, a microbiologist and molecular biologist with a lab research specialty in DNA who supports Daniel Holtzclaw and has made crucial discoveries involving the DNA evidence that no one else had realized at trial, told me:

"When people invest themselves in a belief, it can be easier to ignore evidence that conflicts or challenges that belief. Admitting that non-intimate skin cell DNA transfer is a reasonable explanation for the DNA evidence in Daniel's case may make a lot of people in the media question (and everywhere else) their assumptions and actions."