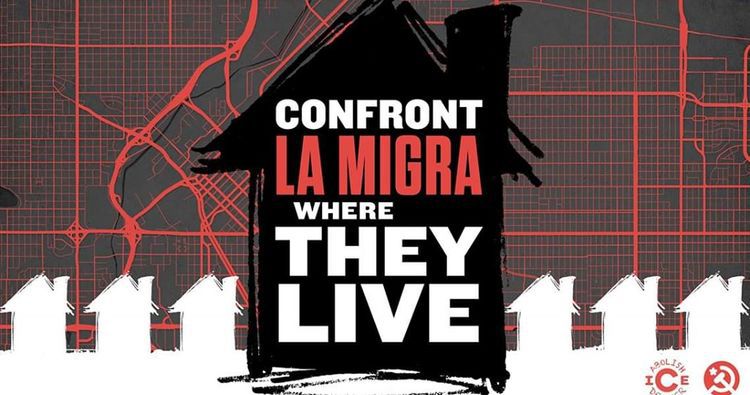 On Thursday, Sept. 19, Abolish ICE Denver and the Denver Communists are organizing a protest outside the house of Johnny Choate, the warden of the immigrant detention facility in Aurora, Colorado. Choate works for GEO Group, which operates the center. Instead of laying blame at the feet of global profiteers who induce illegal immigrants to risk their families' lives to trespass our borders, anti-ICE agitators are targeting homeland security employees and contractors who simply enforce federal immigration and detention laws passed by Congress. 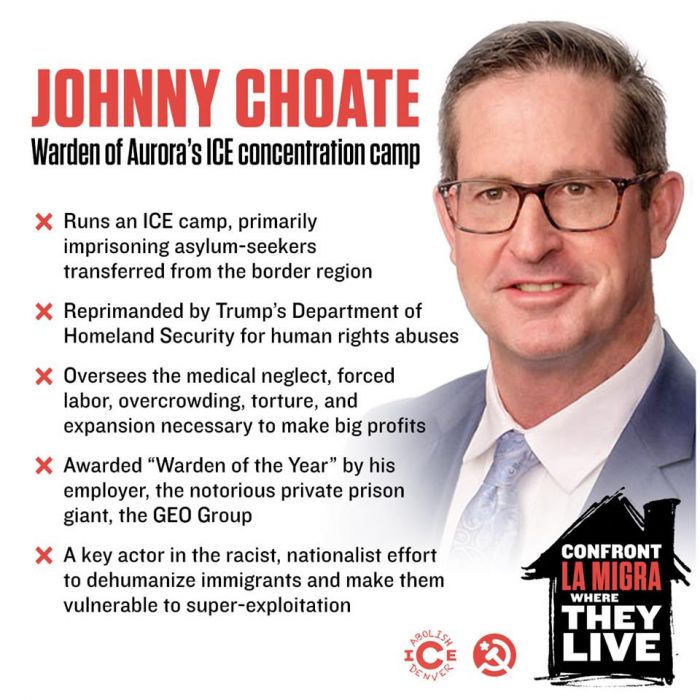 A commenter edited a distorted image of Choate's face surrounded by flames, suggesting arson. His post was liked by three other fans/followers/members of the Denver Communists' Facebook Group.

Another commenter leveled his own explicit thread on the Facebook page targeting Choate and his family in his home:

"Reenact human rights abuses, get hanged by the neck until dead. Simple."

As I report in my book "Open Borders Inc.: Who's Funding America's Destruction?" this virulent hatred for ICE and the Border Patrol traces its ideological lineage back to the cop-bashing domestic terrorism of the 1970s that festered in academia and resulted in bloodshed across the country at the hands of the Black Liberation Army and the Weather Underground. Today's Abolish ICE extremists harbor the same seething "Pigs in a blanket, fry 'em like bacon" contempt for immigration enforcement as the "progressive" cop-haters of the 1970s and their George Soros-subsidized heirs in the Bush-era A.N.S.W.E.R. and amnesty coalitions, Code Pink, Occupy Wall Street and Black Lives Matter movement.

The underlying mission back then was the same as now: Destabilization, disruption and destruction of civil order.

David Booth, who lives in Choate's neighborhood, refuses to sit by while these bullies invade his community.

"I was shocked and surprised when I found out there was going to be an 'ICE protest' in my neighborhood," he told me Tuesday. Booth discovered that Abolish ICE Denver used Facebook to spread information on how they will be "going door to door in the neighborhood to let people know that a 'monster' lives among us."

Booth condemned the witch hunt headed his community's way: "This policy of intimidation that we see the left continue to use is not OK. ... I would like to see the neighborhood rise up and support this man and his family."

I reached out to Facebook for a response to these public safety concerns, but received no answer by my deadline. For Coloradans, violent threats to law enforcement officials' neighborhoods are especially disturbing given the chilling 2013 assassination of the head of the Colorado Department of Corrections outside his home in Monument.

Booth will stand publicly in defense of his community Thursday and says he has his neighbors' support. "I think most of us, if not all, believe this protest is inappropriate regardless of where we stand on the issue of immigration," said Booth. "Our neighbor is just doing his job, and has done nothing wrong, or illegal, in carrying out his duties."

Following Stand With ICE rallies in Aurora, Colorado, and Montgomery County, Maryland, that have drawn nearly 1,000 citizens over the past two weeks, Booth decided he could not sit on the sidelines. He is not alone, and we have only just begun. I will join Coloradans again on Saturday, Sept. 21, when another Abolish ICE group marches to the Aurora ICE facility where the American flag was torn down in July.