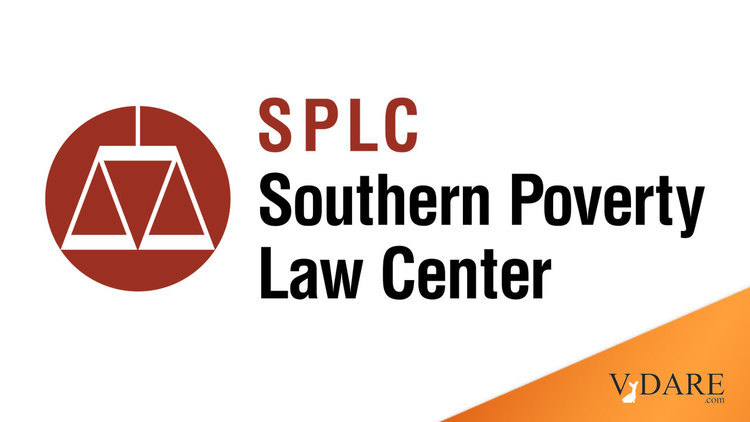 Michael Jackson And Eminem, And The SPLC, Oh My!

So there is this rap artist Eminem.

Yes, "artist"—the same label we gave Mozart now applies to modern day gangstas who can rhyme. Actually, they don't even have to rhyme anymore once their prolific use of the word Bling-bling proved a challenge.

"Jackson is upset with Eminem because the irreverent rapper pokes fun at the pop superstar in his JUST LOSE IT promo—dancing on a bed with young boys, losing his fake nose on a dance floor and setting his hair alight."

Er…is Jackson just now finding out that people make fun of him?

Now a surprise: Jackson says the video is racist.

And Geraldo Rivera, an NBC commentator best known for his reign as King of the daytime talk shows ("Transsexual Aboriginal Midgets who Love Bad Boys!"), agrees.

Rivera was quoted attacking the powers that be at MTV for airing the video—"people who allow lazy racism to get on the air."

Michael Jackson also said he was worried about the negative impact on the community:

"I think that it's demeaning and disrespectful but I also want to make it clear it's not just about Michael Jackson but a pattern of disrespect that he [Eminem] has shown to our community."

Of course, Michael Jackson accusing anybody of demeaning and disrespectful behavior is like Jeffrey Dahmer chastising another man's dietary habits.

If you are like me and do not see the "racism" in Eminem's video that is because there isn't any.

Throughout his career, Michael Jackson earned well over a billion dollars by challenging the tenets of decency while swaddled in First Amendment privilege. Now, his career is over—and he calls for censorship while he moonwalks all the way to the bank.

Does a free man have the right to speak his will—even when his will is hate-filled, bigoted and unenlightened?

The answer, in America, is yes. But special-interest groups want us to believe the answer is no…but only if you are white.

The label "racist" has become a temper tantrum defense for any non-white person who isn't getting something they want.

How did this happen?

Special interest groups who moonlight as social activists have made racism a product. Mountains of civil litigation and strong-arm lobbying tactics have made their product extraordinarily profitable.

One of the largest players in this game is The Southern Poverty Law Center. It is diligently exposing "hate groups" through a project it calls The Intelligence Report, which applies the same logic/comic theory that dubs a fat man "slim."

Some of its targets include:

According to the SPLC, "Some of the groups have clear ties to openly racist organizations, and even some of those that don't still espouse thinly disguised bigotry."

If I read this correctly, the honor of making the SPLC list is pretty much based on a hunch. They have "ties" to another organization or they have written something not openly racist but "disguised" in some way.

Basically, this means the SPLC has no proof of overt racism…but proof is not a prerequisite.

Imagine the scene in court.

Judge: "Do you have any evidence?"

SPLC: "Well your honor, we really, really, really don't like what they stand for. And we have thirty years of case law to set the legal precedent that our feelings and opinions are considered admissible evidence."

The SPLC is pro-immigration and anybody who isn't is automatically a racist. The proof, apparently, is in our eyes.

"In the eyes of most of these groups, immigrants (typically, non-white immigrants) are responsible for nearly all the country's ills, from poverty and inner city decay to crime, urban sprawl and environmental degradation."

Well, yeah. Except we choose not to omit the key adjective in that statement: Illegal immigrants.

"Many of them also believe there is a secret plot by the Mexican government and American Hispanics to wrest the Southwest away from the United States in order to create 'Aztlan,' a Hispanic nation."

The SPLC is misinformed. There isn't anything "secret" about the Aztlan plan. It is an overt, ethnic crusade.

Which brings me to MeCHA [Movimiento Estudiantil Chicano de Aztlan]. Its notorious slogan: "Por La Raza todo. Fuera de La Raza nada"—""Everything for the race. Everything outside the race, nothing."

In 1995, A Latino INS officer was killed in California. The University of California-San Diego chapter of Mecha published an editorial in its newspaper, Voz Fronteriza, called "Death of a Migra Pig."

"We're glad this pig died, he deserved to die . . . All the Migra pigs should be killed, every single one...the only good one is a dead one...The time to fight back is now. It is time to organize an anti-Migra patrol...It is to [sic] bad that more Migra pigs didn't die with him."

I think an October 13 2003 editorial in The Stanford Review, a student paper (you were expecting the Los Angeles Times?) said it best: "MEChA is in many ways the modern day Ku Klux Klan of Chicanos."

Chicano KKK? Yeah, pretty much. Only not the white, hooded KKK of old, rather a more modern version. The Review went on:

"We are in no way suggesting that MEChA is an organization that lynches and terrorizes other races in the manner the KKK has in the past, nor has MEChA been the cause of intimidation, pain, and anguish as has the KKK. Where the comparisons are familiar, however, are in the present day ideologies of the organizations…while the KKK calls for the complete assertion of White European control of America, MEChA calls for the assertion of Chicano control. Both organizations call for segregation of the races, which is something that should have been left far in the past."

What impressed me most about the Review's editorial is its steadfast belief in First Amendment protections…even for ethnic supremacists:

"While we at the Review often disagree in the position MEChA takes on many issues, we do not challenge their right to exist on campus nor do we want them to stop their efforts of social activism."

Regardless of the ethical paradox, our Constitution is strengthened by every racial slur that remains uncensored—even though we disagree with it and don't understand why anyone would speak it.

Organizations like the SPLC may believe in the First Amendment—but not, apparently, for white people.

Which may be better than Michael Jackson, who believes in it only for himself.