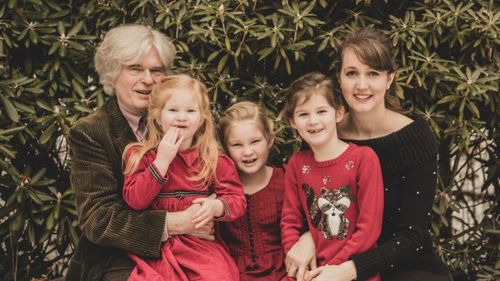 I launched VDARE.com with our first War On Christmas item on Christmas Eve 1999. At that time, it was essentially impossible to get facts and analyses about America’s immigration disaster (or for that matter the War On Christmas) into the Main Stream Media—Leftist or “Conservative.” Nineteen years later, an immigration patriot President has been elected and neither immigration nor the War On Christmas can any longer be kept out of public debate. But despite that—in fact, because of it—2018 has been a year of brutal repression for immigration patriots, in the form of deplatforming, shadow-banning, discriminatory algorithms and repeated violations of our civil right to assemble. The struggle is intensifying.

But Christmas is not the season to think of that. It is a season of miracles. I said some years that miracles happen quite frequently in politics. They happen in personal lives too—see picture above! So I more than ever want to wish a Merry, and blessed, Christmas to our readers, writers and especially donors—God bless you, every one.