Memo From Middle America | Is Mexico Ready To Receive Deportees From Trump’s America? SOMOS MEXICANOS Is Already Working On It! 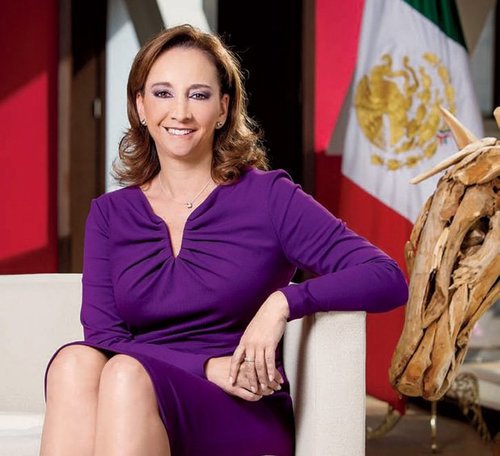 On my last visit to Mexico this past summer, I noticed at the Mexican border immigration station there was a new section called Repatriacones (repatriations). It wasn’t in use yet, but the sign indicated it was intended to aid Mexicans returning to Mexico. 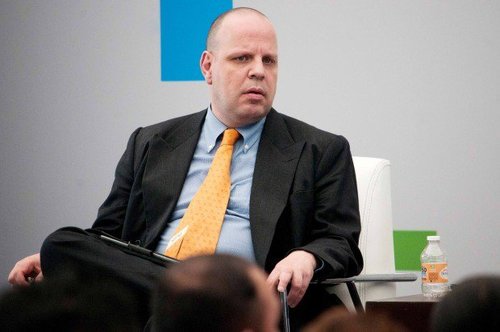 But not everyone thinks Mexico is ready. Alejandro Hope (pictured right) a Mexican intelligence analyst who previously worked for CISEN, the Mexican CIA,  and now runs an independent think tank was quoted in the ZETA article:

We are not prepared, depending on the numbers…. The resources of the three orders of government will be greatly overwhelmed. If we could not deal with the case of the Haitians and Africans, who are a few thousand…[we can’t deal with the massive deportation by orders of Trump].

(Note one of the entries in the comments section: “If we keep letting Africans pass through [to go to the U.S.], the risk is that they stay in Mexico and Trump will not take them in.”)

Any government will hype or oversell its own programs. But even if Mexico is not ready to receive a huge influx, these would be returning Mexicans, not foreigners. They already have home towns where they can go. Despite Mexico’s continued meddling in our affairs, the government’s attempts at dealing with returnees at least shows Mexican elites are thinking about the issue and take Trump seriously.

At the forefront of these efforts is the Somos Mexicanos, “We are Mexicans,” program, hosted by the INM (Instituto National de Inmigración, the immigration bureaucracy). It was established in March 2014, long before Trump, but takes on new relevance today. The INM website even includes video testimonials of returning Mexicans who have already been helped by the program.

“In the INM we receive with open doors our co-nationals who were repatriated from the United States because they didn’t have legal status in that country.”

An August 29th document  describes the program’s objective “to offer to the Mexicans who have returned voluntarily and involuntarily [that is, deported or self-deported] comprehensive attention, through an inter-institutional and coordinated model that contributes in the short term to their social integration.”

A post-election post on INM’s website from December 5th claims ¡En México hay oportunidades para los repatriados! [“In Mexico there are opportunities for the repatriated”]. Fellow Mexicans returning to their country are told they can have a “better life,” a “worthy and secure” return, and that their “abilities and knowledge” are valued:

Over 50% of the fellow Mexicans have mastered the English language. They have been professionalized in various techniques and trades, such as construction, food service industry, gardening, agriculture, livestock raising, among others, with the special characteristic of having a high adaptability to work schemes. [Links added]

Work experience will be used to “reintegrate them to the economic life of Mexico.” This shows the program is designed to help people returning to live—not just visit.

Here’s hoping! Although this is easier said than done.  At least the Mexican government has a plan. But a lot could go wrong. If Trump is serious about following his promises, there will be pressure on all of Mexican society, not just the government, to receive the deportees. But if Mexico actually attempts to help its countrymen in good faith, the country will be able to meet the challenge.

Any deportations are unlikely to happen all at once so Mexico should not be overwhelmed. The ideal and least-disruptive scenario for both countries would be a steady stream of deportations and self-deportations, with the bulk of the illegal aliens gradually but steadily making their way back to Mexico and eventually arriving at their destinations throughout the country.

As for the overall effect on Mexico, well, yes, it’s going to take a lot of adjustment. It could affect Mexico’s economy, its culture and maybe even its politics.

The Main Stream Media often describes Mexico as a poverty-stricken country. But by world standards, Mexico has a large GDP and a high average income and standard of living. Deportations will force Mexico to use its assets more wisely.

There will be hysterical shrieking from Open Borders activists stateside. But the Trump immigration program is the right thing. It will force Mexico to be more responsible—to its own people, as well to the U.S.

And in the long run, that’s good for both countries.