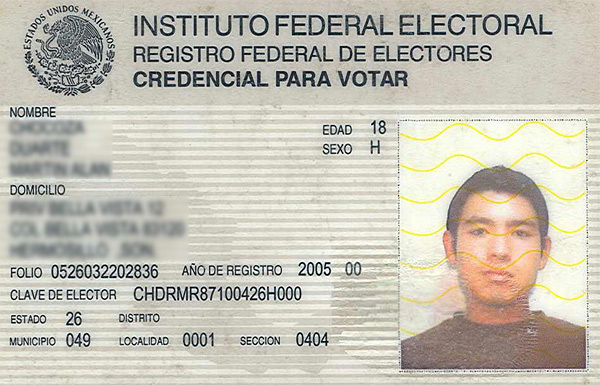 Memo From Middle America | How Come Mexico Can Require Voters To Prove Citizenship And Arizona Can’t?

The news from the U.S. Senate is bad enough: the new 1200 page Hoeven-Corker “Border Surge” amendment to the Amnesty/ Immigration Surge bill will be voted on Monday—requiring Senators to read 24 pages an hour for 16 hours a day over the weekend. But the Supreme Court made things even worse last week by striking down Arizona’s attempt to require voters in federal elections to prove citizenship. [Supreme Court strikes down Arizona law requiring proof of citizenship to vote, by Pete Williams and Erin McClam, NBC, June 17, 2013]

Let that sink in just a moment. The Supreme Court has ruled that it was bad for the state of Arizona to require proof of citizenship for voters. In a serious country, this wouldn’t even be an issue. And it isn’t—in Mexico.

The real culprit here, legally speaking: the Motor Voter Act, passed in 1993, to “make it easier” for folks to register to vote by letting them register when applying for driver’s licenses. According to our Supreme Court, nothing besides the actual Motor Voter form can be added by any state, without special permission.

And, incredibly, all the Motor Voter act requires is for an applicant to state that he is a citizen—without requiring any proof whatsoever!

Which means it’s easier to register to vote in this country than apply for a video rental card.

In the Supreme Court hearing on the case in March, Thomas Horne,   Attorney General of  Arizona pointed out that the Motor Voter form, “…is extremely inadequate. It’s essentially an honor system. It does not do the job.”

Wise Latina Sonia Sotomayor, however, responded that “Well, that’s what the federal system decided was enough.”

As VDARE.COM readers are well aware, Arizona has been Ground Zero in the battle to resist the illegal invasion, and has put up a bigger resistance than the other three border states (California, New Mexico and Texas) put together. That’s why the state is the target of federal mugging on immigration–related matters.

In 2004, the voters of Arizona passed Proposition 200 which required applicants to provide proof of citizenship when registering to vote. That sounds totally fair and logical. But the voting registration part has now been struck down.

To their credit, two justices, Clarence Thomas and Samuel Alito, displayed some common sense in voting no. Justice Thomas wrote that the Constitution “authorizes states to determine the qualifications of voters in federal elections, which necessarily includes the related power to determine whether those qualifications are satisfied.” [Arizona V. Inter Tribal Council Of Ariz. Inc. PDF]

Arizona still has an option: to ask the federal government to add state-specific material requiring additional documentation on the Motor Voter form. The state of Louisiana successfully obtained that. The problem: the Election Assistance Commission, to which Arizona would apply, currently has no members. New members are supposed to be nominated by the president.

El Universal, Mexico’s paper of record, combined the Arizona story with one about in-state- tuition-for-illegals in New Jersey. It began:

The Supreme Court of the United States ruled yesterday against an Arizona law that requires persons to present proof of citizenship to register for the voter rolls, the same day that legislators in New Jersey approved a proposed law to permit immigrants that are in the country without authorization [AW: i.e. illegal aliens] to have access to lower rates in state universities. [AW: i.e. to discriminate in favor of illegals and against Americans from other states].

Note, though, that in the comments section, a reader remarked: “In Mexico they are stricter and nobody says anything.”

Which is simply the truth. Mexico’s voter registration system is much better, and much stricter, as I have observed firsthand and described several times:

In Mexico, every registered Mexican voter has a Voter ID card, supplied by the government, complete with photograph, fingerprint, and a holographic image to prevent counterfeiting. [Mexico's national voter IDs part of culture, by David Agren, USA Today, January 25, 2012]

At the Mexican polling station, the card is used in conjunction with a book containing the photograph of every voter in the precinct. This book is available to the poll workers and observers from various parties. If there's a doubt as to someone’s identity, the poll workers can simply look up the person's name and see if the photo matches up.

When he votes, the Mexican voter's thumb is smudged with ink. That way, if he shows up at another polling site to vote, they know he's already voted elsewhere. (The ink wears off after a few days.)

Notice, that the Mexican government supplies the card. Apologists for slipshod voter registration claim that it’s too hard for many minorities to use photo ID. Given today’s inexpensive photo technology, I really doubt that. But, in Mexico the government provides the card anyway, at government expense.

In order to register for the voter card, a prospective Mexican voter must prove his citizenship.

And Mexico doesn’t just take his word for it. Documented proof must be provided.

According to the website of the Mexican IFE (Instituto Federal Electoral), the applicant must either produce

(1) A “certified copy of a birth certificate”, or

(2) A “document that authorizes the Mexican nationality by naturalization.”

Isn’t that great? Why can’t we do that? What’s so difficult about it?

If Mexico can do it, why can’t we?

And where is our Congress on this matter? Couldn’t the U.S. Congress scrap Motor Voter and replace it with a better voter registration law?

Where is the leadership in Congress—and, specifically, in the Republican Party?