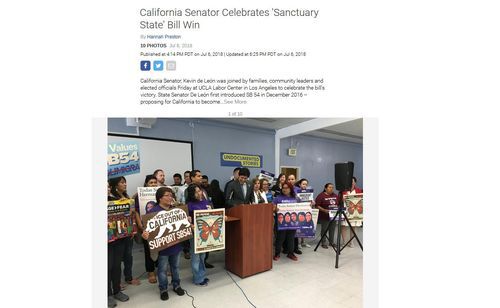 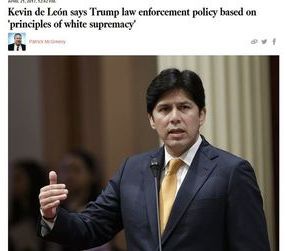 Once again, California leads the way. But not where we want to go.

The former Golden State’s U.S. Senate election pits two Democrats against each other. That’s because of California’s “jungle primary,” whereby the top two vote recipients face each other, party regardless. That pretty much means Republicans can’t win. 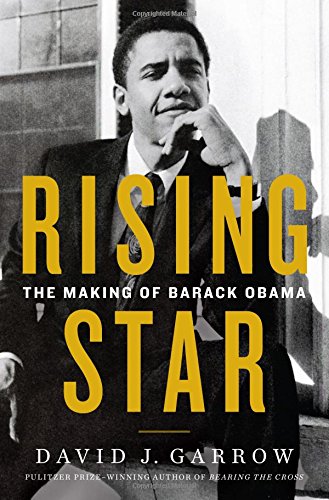 But De Leon, former president pro tempore of the state Senate, has more administrative political experience than Obama did. And he has even less experience in the private sector.

During college, he changed his surname to De Leon, the “de” meaning “of” in Spanish, “thinking that I would somehow connect with my father.” He added an accent to the “o” in “Leon,” a practice the MSM follows, though I don’t see why the rest of us must follow the Spanish language’s complex accent rules. And besides, De Leon’s birth certificate doesn’t have the accent.

Is this election a bellwether of the continuing political and demographic transformation of our America? Probably—unless immigration policy is changed.

The massive demographic shift in California is coming back to bite those who allowed it, and not just the Republicans who meekly went along with it. Feinstein has, during the past few decades, grown worse on illegal immigration. But though Feinstein might beat De Leon, the newly emerging ethnic blocs don’t identify with traditional America—or Americans. They want their own representatives.

For immigration patriots who love the historic American nation—the one that admitted California to the union in 1850 after its short time as the Bear Flag Republic—this is a hard election to watch.

On October 2, the Los Angeles Times published interviews with the candidates. How will you seek to address the legal status of people brought to the country illegally as children, the newspaper’s writer asked?

Feinstein: California is home to more Dreamers than any state in the country and I won’t rest until they have a path to citizenship. I have long supported the Dream Act and was proud to write legislation to end the separation of children from their families at the border.

De Leon: I authored California’s “sanctuary state” law, which prevents our precious law enforcement resources from being commandeered by ICE. I support codifying the Obama executive actions known as DACA and DAPA. We must end family detention and close private immigration detention centers. I support comprehensive immigration reforms that treat every person with dignity, fix the family visa backlog and bring millions of hardworking people into the formal economy.

De Leon’s campaign website offers this modest assessment of The Donald and his totally off-the-wall view that a sovereign nation has a right to control its borders.

President Trump’s views on immigration are backwards and dangerous. His policies have fueled the heartless deportation of innocent friends, neighbors, and family members, while his vile rhetoric has encouraged the spread of racism across the country. Every day it seems like we wake up to a new story about ICE taking another innocent child from their home: used by this administration as a pawn to discourage undocumented immigration.

So discouraging illegal immigration is a bad thing?

If De Leon wins, he’ll be a sworn, permanent enemy of the Trump administration and an open advocate of Electing A New People:

As the son of immigrants with many still in my family, I understand the need to take immediate and proactive steps to combat the cruelty of this administration.

That’s why I made it a priority in California, pushing comprehensive legislation to ensure we are a welcoming sanctuary state. … Our Democratic leaders need to stand up and defend DREAMers, prevent billions from being wasted on an ineffective border wall, and work to put an end to mass-deportation.

Some Democrats try to fudge their support for sanctuary cities. Not De Leon. As president pro tempore of the California Senate, he led the state to sanctuary status. And he’s proud of it.

California deserves a Senator that will take action on immigration now, not one that will be patient while people across our country are ripped from their homes. We need someone with a record of defending immigrants to stand up to President Trump and fight for California values. If elected, I will make it my mission to fight every day and ensure that we have a just and humane immigration system.

De Leon’s vision for California is vividly presented in his “Our Time” campaign advertisement, an impressive propaganda piece that will likely sway those who vote emotionally and not logically.

The nearly three-minute ad juxtaposes views of a pensive de Leon preparing coffee in the kitchen and looking out over the hills, young Kevin, his illegal-alien mother and her imaginary deportation, and then a grown-up de Leon the politician.

Making coffee, he hears his mother call his name, which transports him to the past. Young Kevin accompanies his illegal-alien mother to work cleaning houses:

When I was a child my mother would tell me “I didn’t come to this country to be lazy. I came to make something of myself, to make a better future for you,” and I would imagine what that future looked like. I imagined one day living in my own house not just a room we rented. I imagined helping people like my mother, people who risked everything to come here.

The video shows De Leon’s mother at work and as an illegal alien on her journey to America: “People who worked their fingers to the bone to provide for the children they loved.”

“But I never imagined the world of today,” he gravely intones.

Then the target of the ad sees snippets of newscasts: “Trump administration zero tolerance policy”…“children are now being separated”...“thousands of migrant children being separated from their parents.”

And then de Leon: “How would my life change if they had taken her away from me? Who would I be today?”

He’d might be the same Leftist he is now, only angrier. Then again, he might have gone home with his mother.

“And where did all this horror begin,” he lamentably asks? With Feinstein, who rated an F- from Numbers USA, as a young Brett Kavanaugh and his high-school chums might say!

Two clips of Feinstein from the 1990s show her speaking against illegal immigration: In 1994, she said, “illegal immigrants who come here and commit felonies that’s not what this nation is all about.” And in 1993: “I say return ’em to their own country, wherever that country may be.”

So he links Feinstein to Trump even though she has drifted with her party to accept open borders because more immigrants mean more Democratic votes.

No matter. “California’s greatness comes from acts of human audacity, not congressional seniority,” an obvious poke at Feinstein’s long seemingly endless incumbency. And de Leon invites everyone on the planet to California: “We carve into stone that no matter the place of your birth or the hue of your skin you can live in California in safety dignity and, yes, sanctuary.”

De Leon is a true believer. Despite his typically radical views on other issues, immigration is his cause. Open Borders is who he is.

If you oppose illegal immigration, you hate him and his mother. And illegals and their anchor babies.

To his credit, De Leon doesn’t hide his radical immigration plank. De Leon is a post-American candidate, with a radical post-American vision. He makes Feinstein look moderate. And he thinks it helps him.

This is the future. Unless we act.