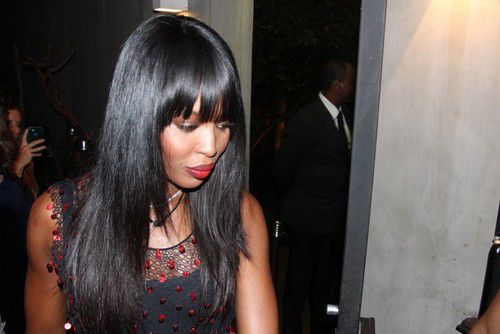 The Main Stream Media is quite clear about it: Mixed-race people are more intelligent and taller than are either of their parents. [People born to genetically-diverse parents likely to be taller and more intelligent, says study, by Steve Connor, The Independent, July 1, 2015] And they are also, in general, physically more attractive than mono-racial people. [It’s a wonderful, mixed-up world, by Philip Hollis, The Daily Telegraph, November 1, 2009]  A total exaggeration, of course—but it is true that mixed-race people tend to be more crazy.

Needless to say, the mixed-race reality is more nuanced than the MSM reports. Edinburgh University’s Dr Peter Joshi and his team analysed health and genetic information in 100 studies conducted worldwide, including details on more than 350,000 people, living in both urban and rural areas. They did find that “genetic diversity” (their term for “mixed-race”) is associated with higher IQ, being taller, and having higher levels of education (likely due to being more intelligent). [Directional dominance on stature and cognition in diverse human populations, by P.K. Joshi et al., Nature, July 2015]

But this is subtly different from the MSM reports. On massive samples, mixed-race people are more likely to have these qualities, but it is certainly doesn’t mean that a mixed-race child will always be taller, smarter, and cleverer than either of its parents. In many cases, it’ll be slightly better than intermediate between its parents. This will mean that where, for example, a white father has an IQ of 100 and the black mother has an IQ of 96 then the child may well have a higher IQ than either of them. Nevertheless, in general, if a white person (average IQ: 100) has a child with a random black American person (average IQ: 85), that child will be less intelligent than the white parent. 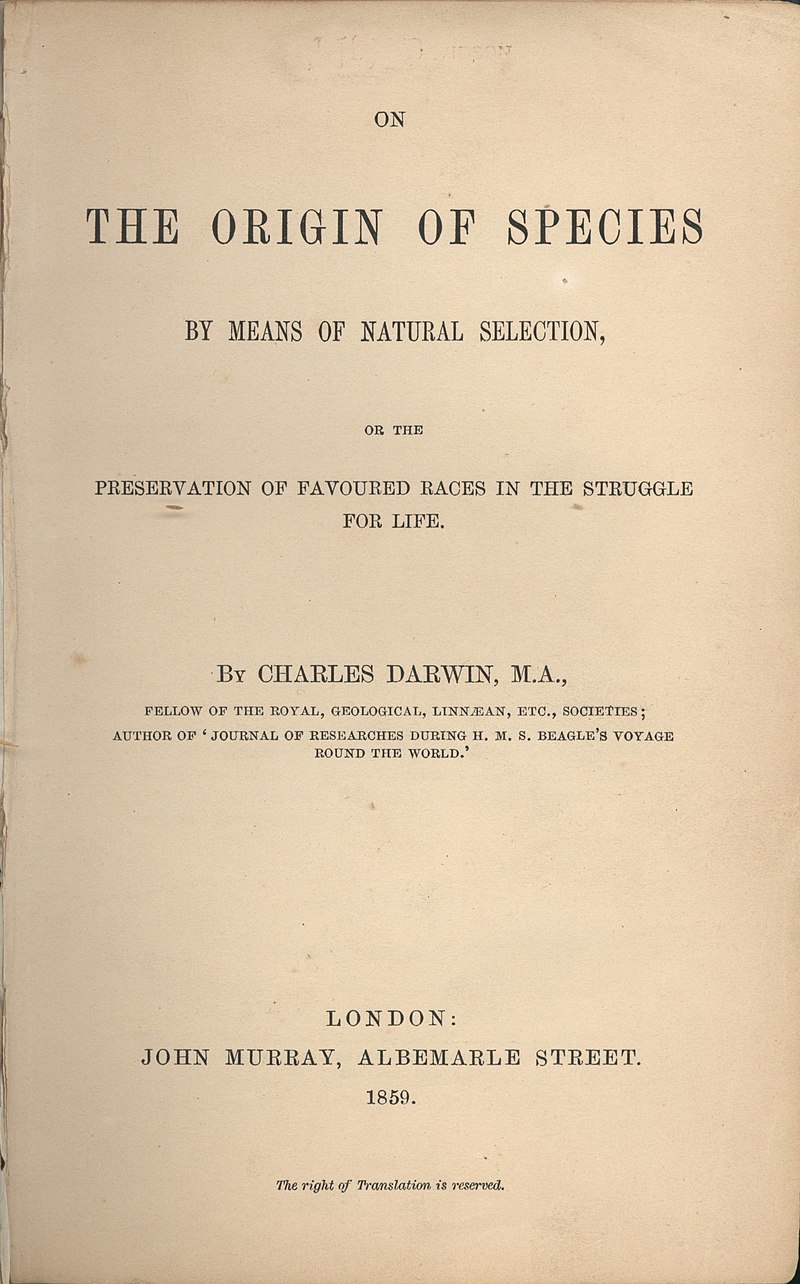 There is certainly a phenomenon known as “hybrid vigor.” It fascinated Darwin, who observed in Origin of Species that if you mix two strains you often end up with a hardier strain, saying that these crosses give “vigour and fertility to the offspring.” [Hybridism, Origin of Species, Ch. 8] Reason: the higher the level of genetic diversity, the less likely it is that a child will inherit two copies of an (almost always damaging) mutant allele. This, in turn, means that the child will likely have an optimally functioning nervous system, which will allow the child to more easily fight off diseases—whereas those with weaker immune systems would spend disproportionately more of their energy doing so, directing resources away from growth. So mixed-race people end up being taller.

Similarly, fewer of mixed-race people’s resources are directed away from the growth of the brain and there are fewer mutations which might slow down their nervous system. So, mixed-race people will be more intelligent than either of their parents, assuming their parents’ intelligence is roughly equal. Specifically, they are able to solve cognitive problems more quickly, speed being a crucial part of IQ tests.

For the same reasons, mixed-race people tend to be better-looking, based on the evaluation of faces [Why are mixed-race people perceived as more attractive?, by Michael B. Lewis, Perception, 2010] and assuming the parents’ faces are roughly equally attractive.

We are evolved to be acutely interested in faces because they are so complex, meaning that evidence of mutant genes (“mutational load”) is best discerned from the face.

Both sexes find the most symmetrical faces to be the most attractive. This is because we are evolved to be symmetrical, so the greater the deviation from symmetry, the higher the mutational load, and thus the poorer the genetic health. In addition, a symmetrical face means you’ve managed to maintain a symmetrical phenotype, despite battling against disease throughout your childhood. You therefore have an excellent immune system, and thus low mutational load, which will be reflected both in your face and your brain. This is likely part of the reason for the weak positive association between intelligence and physical attractiveness. [Intelligence and physical attractiveness, by Satoshi Kanazawa, Intelligence, 2011] 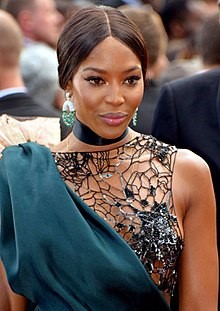 The British-born model Naomi Campbell (right)is a stunning example of this process of hybrid vigour in action. Her parents were both Jamaican, with Jamaicans being about 10% white due to interbreeding on slave plantations. However, Campbell’s paternal grandmother was Chinese, Chinese labourers having been imported into Jamaica. She is, by any standard, extremely attractive; tall (5’ 10”); and intelligent, having studied ballet at the Italia Conti Academy of Theatre Arts in London. So, assuming her parents were reasonably tall, intelligent and good-looking, their low mutational-load daughter probably exceeds them in all these traits.

But Campbell is also nuts. She is prone to violent outbursts of extreme temper, with four convictions for assault. [Naomi Campbell: ‘People try to use your past to blackmail you. I won’t allow it’, by Hermione Hoby, Guardian, November 5, 2017] This is the flip-side even of equally intelligent and good-looking people from different races having children together—something the MSM conveniently don’t report.

Danish blogger and genetics researcher Emil Kirkegaard has brought together all the known studies on the relationship between being mixed-race and mental health. Kirkegaard points out the studies’ findings of elevated levels of suicide, hyper-sexuality, depression, and problem drinking among mixed-race people. [Is miscegenation bad for your kids? by Emil Kirkegaard, Clear Language, Clear Mind, April 1, 2017] He argues that genetic diversity is only good up to a point. Thereafter the alleles are not meant to go together. In extreme cases, you get sterile offspring, such as Ligers.

A fast Life History Strategy happens when, due to an unstable ecology, you adapt to “live fast and die young” in order to pass on as many of your genes as you can as fast as you can.

A slow Life History Strategy develops when the ecology is harsh yet stable. As such, the group reaches the ecology’s carrying capacity and there is strong intragroup competition. You’re more likely to survive this the more strongly you are adapted to the environment. If your copious offspring are not adapted, then they may all die. So, energy is transferred away from promiscuous sex and towards investing in a small number of partners and offspring, so that they have the best chance of survival. This leads to the emergence of cooperative groups, with mental instability increasingly selected out.

Slow Life History Strategists tend to be attracted to those who are genetically similar to them, because they invest in their (small number of) offspring and so can increase the extent to which they pass on their genes by breeding with partners who are genetically similar—the most successful unions being between the genetic equivalent of third cousins [An association between the kinship and fertility of human couples, by A. Helgeson et al., Science, 2008]. This also means they tend to bond more with their offspring, encouraging further investment.

In an unstable ecology—where you live fast and die young—you will go for the best-looking people, but once you’ve done that, it pays to be attracted to genetic dissimilarity, because someone dissimilar may have some useful gene which will make the offspring more likely to survive. Hence the “black goes for blonde” phenomenon. In fact, there are high rates of divorce among mixed-race couples—although not when you control for indicators of Life History Strategy. [Marital Dissolution Among Interracial Couples, by Y. Zhang & J. Van Hook, Journal of Marriage and Family, February 2009].

Naomi Campbell herself was from a broken home. So was Barack Obama.

The smiling mixed-race couples who mysteriously now dominate so many TV commercials like the one below are hiding a dark secret.

They should be more realistically used to advertise mental health services than Cheerios.