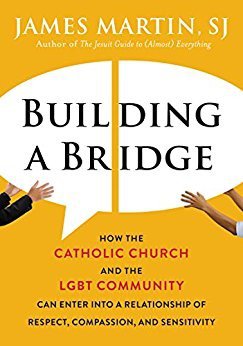 In the 1950s, American Catholics had Bishop Fulton Sheen to teach and inspire them on television. In the Current Year, American Catholics have Father James Martin to confuse and frustrate them on social media. And while Fr. Martin is apparently indifferent to core doctrines of the Catholic faith, he is fanatical about denouncing whites and immigration patriots—to the detriment of the Church’s future. And America’s.

Father James Martin is a Jesuit priest, infamous among conservative Catholics for his notorious virtue signaling on Twitter. Especially on immigration, Fr. Martin has more in common with the Democratic Party platform than traditional Church teaching.

There’s a famous, media-savvy priest, James Martin. He’s the kind of man whom Martin Scorsese calls up to consult on movies like Silence. Martin appears on Stephen Colbert, mocking conservatives and roguishly giving the heavy metal “devil horns” salute. He serves as a special advisor to Pope Francis. All this, while he’s pitching himself to the rich and aggressive LGBT lobby as their champion inside the church.

Fr. Martin’s latest book, Building a Bridge, argues for the Church to be more “welcoming” to homosexuals. Critics argue it’s attempting to change the Church’s teaching on homosexuality.

Martin was motivated to write the book after the 2016 Muslim terrorist attack in a gay nightclub in Orlando. Oddly enough, the incident didn’t lead Martin to question Muslim immigration. Instead, it made him decide Catholics need to use nicer words when talking about gays.

In the resulting uproar over the book, Fr. Martin claimed, in the sympathetic Washington Post, that he was ruthlessly attacked by the “Catholic alt-right” —

These groups, a kind of Catholic alt-right, are increasingly attempting to substitute themselves for legitimate Church authority by passing judgments on which Catholics are orthodox and which are not.

[I called for Christians to love gay people. Now the Catholic alt-right is taking revenge, By James Martin, September 21, 2017]

But the individuals and groups Fr. Martin claims are the “Catholic alt-right” are actually just regular social conservatives. None, to my knowledge, have ever delved into race realism or white identity politics. Fr. Martin is simply hoping to use the “alt-right” label to smear his critics.

Fr. Martin correctly notes his critics are outside positions of leadership or outside the Church entirely. But despite the controversy Fr. Martin has caused, he himself is not some fringe outlier on the verge of being defrocked. Indeed, Martin was just appointed by Pope Francis as a consultor to the Vatican’s newly consolidated communications department this past April [Father James Martin appointed by Pope Francis to Vatican department for communications, By Ashley McKinless, America, April 12, 2017].

But while Fr. Martin calls for respectful dialogue based on “inclusion” and “tolerance” with people whose personal lifestyles are in open conflict with Church teaching, he demonizes immigration patriots using rhetoric indistinguishable from that of the far Left [On immigration, Fr. James Martin Wants to Shame Catholics with Bad Arguments, by John Zmirak, The Stream, January 28, 2017].

Xenophobia, the fear of the stranger, should be anathema to Catholics. Especially to American Catholics. We are a nation of immigrants. And we ourselves were tarred with the same foul brush of xenophobia and nativism. We should not perpetuate this hatred. [Reconciliation and Dissent in the Age of Trump, By James Martin, America Magazine, November 12, 2016]

Sadly, however, Fr. Martin’s statements on immigration are consistent with Pope (“build bridges not walls”) Francis and with the United States Conference of Catholic Bishops (USCCB). Both have adopted a far Left Open Borders philosophy that vilifies anything opposed to it as “reprehensible” and “heartless.”

If you review the USCCB’s policy statement on immigration, their “comprehensive immigration reform” is revealed as Amnesty for all illegals here and a huge expansion in legal immigration. Lip service regarding enforcement actions only applies to “drug and human traffickers, smugglers, and would‐be terrorists.” Almost any of the seven billion plus people in the world who wanted to come to the United States would be permitted under the USCCB policy so long as they didn’t “threaten public safety.”

And both the USCCB and Fr. Martin have apparently imbibed Critical Race Theory (CRT), which labels any non-cowed white person as a “white supremacist.”

Racism is a sin. All Christians, all people of faith, should not only reject it, not only oppose it, but fight against it. #Charlottesville

After Charlottesville, Fr. Martin condemned President Trump’s “two sides” comments, stating that there is only “right” and “wrong.” (What happened to that impassioned plea for a respectful dialogue, Fr. Martin?)

In some things in life, there are not “two sides.” For Jesus, there was no need for “two sides.” He was clear about right and wrong. 1/8

The USCCB likewise created an Ad Hoc Committee on Racism which, based on how closely the USCCB has adopted the Left’s talking points on immigration, will most likely parrot the same CRT themes of “white privilege,” “institutional racism” and government mandated “reparations.” Expect a forceful denouncement of white identity politics but a warm embrace of identity politics for non-whites.

The sad truth—I write as a Catholic—is that the Catholic Church is running on fumes in America. Fr. Martin and the USCCB’s desperate attempts to escape decline have transformed the American Church into just another anti-white cog in the machine of the Historic American Nation’s demographic replacement. Many financially struggling dioceses are utterly dependent on the large amount of federal funds they receive for Catholic Charities’ refugee resettlement programs. [Unholy Alliance: Christian Charities Profit from $1 Billion Fed Program to Resettle Refugees, 40 Percent Muslim, By Michael Patrick Leahy, Breitbart, November 29, 2015] 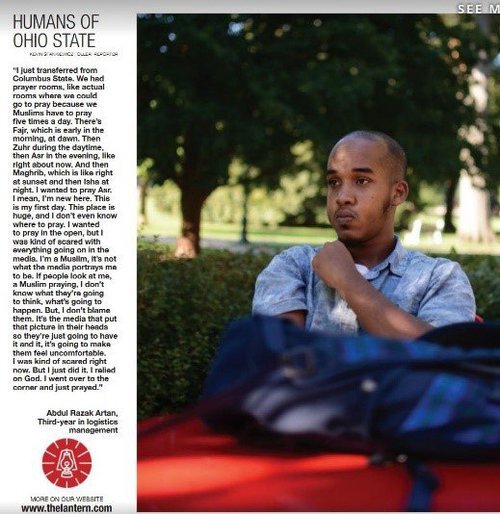 Not coincidentally, the American Catholic Church was responsible for “resettling” a Somali refugee  named Abdul Razak Ali Artan who would later commit a terrorist attack at Ohio State:

"We gave them aid and comfort and some shelter as part of the government resettlement program," explained Catholic Charities C.E.O. Dave Woodyard. The Somali immigrants arrived from Pakistan at D/FW International Airport via JFK International Airport. Catholic Charities says someone from the organization likely picked the family up from the airport when they arrived. According to Catholic Charities of Dallas records, the family was in temporary housing in Dallas for 23 days, leaving June 28, 2014. "Then they emigrated. Left, and moved onto Columbus, Ohio," Woodyard said. "And that's when we closed our file." [Ohio State Suspect Had Tie to Dallas, By Noelle Walker, NBCDFW.com, November 28, 2016]

As Steve Bannon (also a Catholic) correctly noted in his 60 Minutes interview, the Catholic hierarchy in America is praying that the influx of Hispanic immigrants will compensate for its drastic decline in membership over the past 50 years. [Bannon on Catholic Church's DACA support: 'They need illegal aliens to fill the churches', By Miranda Green, CNN, September 10, 2017]

But what the USCCB doesn’t realize is that these Hispanic immigrants are as just as likely as native-born Catholics to fall away from the Church once they get here. [The Shifting Religious Identity of Latinos in the United States; Nearly One-in-Four Latinos Are Former Catholics, Pew Research Center, May 7, 2014] Catholicism among Hispanics is in decline both in North and South America. [Poll: Latin America Catholics steadily leave faith, By Jenny Barchfield, Associated Press, November 12, 2014]

Social conservatives who believe Hispanics are “natural conservatives” that will help fight the likes of Fr. Martin are in for a rude awakening. Polling has revealed that Hispanics are actually more liberal on social issues than white voters. [Myth Buster: Latinos Are Not "Natural Conservatives", By Gabriel Arana, The American Prospect, September 20, 2013].

So what can we expect for the future of the Catholic Church in America if the likes of Fr. Martin and the USCCB continue to get their way?

The people sitting in the pews will be less white in the coming years. The overall numbers of church attendance and self-identified Catholics won’t stop declining.

And the so-called “Catholic alt-right,” or what we should call “faithful Catholics,” hoping to resist Fr. Martin and other Leftists will continue to be marginalized by a culturally alien Left-leaning Hispanic majority—just like their fellow, non-Catholic Americans.

Clayton Bishop [Email him] is an identitarian lawyer from the Deep South. You can follow him on Twitter at @claytonbishop14.