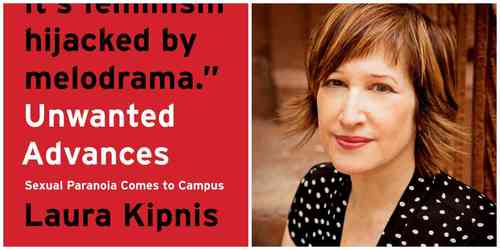 When Christine Blasey Ford accused U.S. Supreme Court nominee Brett Kavanaugh of attempted rape, she, her Leftist lawyers and her crackpot supporters demanded that the typical procedures for getting at the truth be turned upside down. This has shocked normal Americans. But it just means that Campus Rape-Culture Hysteria has escaped the asylum and is now invading America.

Recent Campus Rape-Culture atrocities make it clear where these ground rules came from. 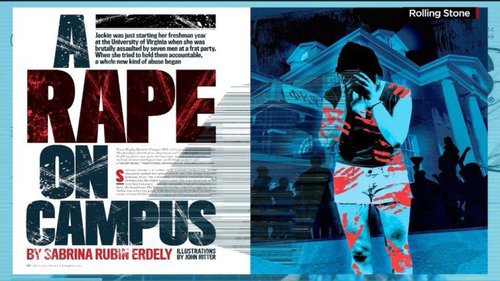 But the Duke Rape Hoax was also a Main Stream Media failure. The editors and reporters who made the real victims into household names and destroyed their lives, refused to name the real perp, career criminal Crystal Gail Mangum, now a convicted murderess. [Media Faulted In Duke Case, by Nick Madigan, The Sun, April 12, 2007]  As far as I have been able to determine, not one of those crooked newsmen was fired either. Indeed, in recent years, some fake newsmen have even sought to revive the Duke Rape Hoax!

But then two white men, Richard Bradley and Steve Sailer, asked the obvious questions. Then came The Washington Post, to its credit, and the hoax fell apart. [‘Catfishing’ over love interest might have spurred U-Va. gang-rape debacle, by T. Rees Shapiro, January 8, 2016]

The “rapists” didn’t exist. Coakley made up the whole thing to get the attentions of a boy. She too escaped punishment—and the media still hide her identity because she was a sex-crime “victim.” (It became public thanks to Charles C. Johnson—see Meet the divisive blogger who says he outed Rolling Stone’s ‘Jackie’, By Terrence McCoy, WaPo, December 9, 2014.)

Campus rape hoaxes, which parallel campus race hoaxes go back at least to the late 1970s. But they took off in the early 1990s, and then again after the Duke Rape Hoax. Here’s how readily these claims trip off the tongue of a “victim”—at a 1979 campus Christmas party at SUNY Stony Brook, a cute coed, accompanied by her boyfriend, told me that she had been gang-raped, but hadn’t known until a mutual friend explained it. How is that possible? 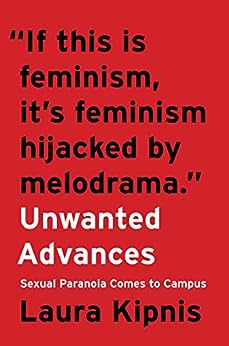 That story: In 2015, Northwestern professor Laura Kipnis wrote two essays on campus sexual paranoia for the Chronicle of Higher Education—including the Ludlow case—which were greeted by a firestorm of condemnation and marches by campus feminists. [Sexual Paranoia Strikes Academe, February 27, 2015] But Kipnis also inspired many letters from heterosexual men destroyed by these Title IX inquisitions. Subsequently, Kipnis published a book on the controversy: Unwanted Advances: Sexual Paranoia Comes to Campus.

Kipnis traced the problem to Title IX, a section of the 1964 U.S. Civil Rights Act added in 1972. it forbids “discrimination on the basis of sex in education programs or activities operated by recipients of Federal financial assistance.” In 2011, President Barack Obama turned Title IX into a weapon. Through his Department of Education’s Office of Civil Rights, he ordered universities to transform themselves into criminal justice agencies, in effect resulting in the persecution of innocent, white heterosexual men for non-existent rapes.

Obama’s Office of Civil Rights decreed that the threshold of guilt would no longer be “beyond a reasonable doubt,” the standard for a criminal trial, but instead “a preponderance of evidence,” the standard for a civil trial. The idea was to radically increase the percentage of “convictions.”

Simultaneously, a criterion for sexual “consent” has been imposed on campuses that was a national laughingstock when originally introduced at Antioch College in 1991. Called “affirmative consent,” it requires a man to get explicit permission before making his move to touch, kiss, or make love to her. According to the new dispensation, every heterosexual man older than 30 is a rapist.

How to justify wild notions like affirmative consent, which effectively proscribe heterosexual liaisons and turn the presumption of innocence upside down? With the Campus Rape-Culture myth! This holds that 20 percent of coeds suffer completed or attempted rape during college, and that just 2 percent of rape accusers make false accusations. The real rape number: more like 1 in 200. The real false accusation rate: more than 40 percent. Kipnis traced the fakestats to Susan Brownmiller’s 1975 screed, Against Our Will: Men, Women, and Rape.

College “legal” proceedings had already become an outrage before Obama, with no right to:

See where this is going?

Unusually, Northwestern did not uphold Ha’s charge of “sexual assault,” but its Title IX administrator did rule that Ludlow was guilty of “sexual harassment” and issued a set of draconian punishments. Ludlow resigned during his termination hearings.[ Another Harasser Resigns, By Colleen Flaherty, Inside Higher Ed, November 4, 2015]

But then Kipnis contacted Ludlow. He shared thousands of text messages showing that both girls initiated contact with him, inviting him out to cultural events or lunch.

Leydon-Hardy’s lawsuits asserted that she and Ludlow had sex only twice, both times after drinking, with one time being “nonconsensual.” But in fact Leydon-Hardy and Ludlow had been lovers for almost three months, a secret she kept from Northwestern administrators and the courts.

Ludlow gave Kipnis 2,000 text messages that proved the affair. Leydon-Hardy had spent a few nights a week at Ludlow’s apartment, and drove his car. He dreamed of marrying her.

But Leydon-Hardy was juggling two lovers. Her boyfriend in Boston didn’t know about Ludlow, but Ludlow knew about him. Eventually, she dropped Ludlow, and married the other man.

Kipnis’ theory: a strapped Ha needed the money from a frivolous Title IX lawsuit to pay her pricey tuition, while Leydon-Hardy needed to hang a rape charge on Ludlow to pacify her jealous husband. Feminist professors, Kipnis wrote, aggressively encouraged both students.

Leydon-Hardy also published a dishonest op-ed about her case in Huffington Post under her own name, but without revealing that she was the “victim.” [What’s A President to Do?: Trampling Title IX And Other Scary Ideas by Lauren Leydon-Hardy, Huffington Post, Updated June 5, 2015.]

Yoona Ha lost her Title IX lawsuit against Northwestern, but she’s still there as a journalism graduate student.

However, that is the case in which “Leydon-Hardy” was identified by name by federal District Court judge Sara L. Ellis as Ludlow’s lover and antagonist:

Leydon-Hardy has initiated secret Title IX actions and federal Title IX lawsuits (as “Jane Doe”) against everybody. Before her rape hoax against Ludlow, she’d initiated an action against a young male friend from school. She then sued Ludlow and Northwestern separately.

After Kipnis’ first Chronicle of Higher Education essay, Leydon-Hardy and another anonymous classmate initiated a Title IX action against Kipnis. This inspired Kipnis to write a second Chronicle of Higher Education essay. Leydon-Hardy’s grounds were that Kipnis had described her as “litigious,” and Kipnis’ first essay constituted “retaliation”. [My Title IX Inquisition, by Laura Kipnis, May 29, 2015]

Leydon-Hardy is mounting a contradictory defense. Truth is an absolute defense against charges of defamation. The facts are in the text messages. But Leydon-Hardy is suing to suppress them, claiming invasion of privacy.

Where that lawsuit will end is anyone’s guess, but Kipnis counts six frivolous Title IX actions and lawsuits by Leydon-Hardy so far. But who knows how many she has filed? She wages legal war as “Jane Doe.”

And get this: One of Leydon-Hardy’s philosophy classmates at Northwestern, now at Yale Law School, is named Kathryn Pogin. Aside from trying to discredit Kipnis with letters to the Chronicle of Higher Education, she is one of the activists leading the charge against Kavanaugh at Yale Law School. [Hundreds Of Yale Students Protest Kavanaugh, Demand Investigation by Nina Golgowski, Huffington Post, Sept. 25, 2018].

Leydon-Hardy is still at Northwestern, as a Ph.D. student in philosophy. Her victim, Peter Ludlow, whom she has rendered unemployable, moved to Mexico, where it is cheaper to live.

Now we can guess where Christine Blasey Ford got the idea for her war on Brett Kavanaugh. She’s been in university—or as I call it, antiversity—her entire adult life

This is the tyranny that Ford, feminist Cultural Marxists, Congressional Democrats and their MSM adjunct, seek to impose on us all.