Campus feminists whipped up a Category-5 frenzy over sexual assault allegations at a Northwestern University fraternity in February. But last week, the school's Vice President for Student Affairs Patricia Telles-Irvin [Email her ] was forced to muster up her best impression of "Saturday Night Live's" classic foot-in-mouther, Emily Litella.

Picture Telles-Irvin squinting and grimacing sheepishly as she wrote an update on her breathless bulletin "that four female students attending an event at the Sigma Alpha Epsilon fraternity house were possibly given a date-rape drug, and two of these students believed they were sexually assaulted."

Before I reveal the substance of her update, let me note that shrieking protests ensued after that initial alert. Tears flowed. Demands escalated. Northwestern's student government association called for SAE's suspension. The Chicago Tribune's headline on the brouhaha screamed "crisis." The Chicago Sun-Times' headline blared that "nerves are raw." Local TV stations spread panic over "date rape drugs." On behalf of the university, Telles-Irvin condemned "any such conduct in the strongest possible terms." The school offered support for "survivors."

But the hysteria was all based on anonymous phone calls. There were no actual victims, no witnesses and no physical evidence or electronic evidence or any other kind of evidence that any such an event involving any such women ingesting any such drugs or suffering any such sexual assaults ever occurred. 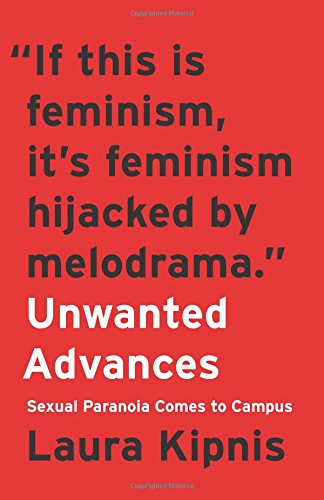 "If we've learned anything from the unraveling of Rolling Stone's now-retracted story about an alleged rape and cover-up at a University of Virginia frat a couple of years ago, it's that we need to slow down the rush to judgment until we're in possession of sufficient verifiable information to form solid conclusions," Kipnis warned eight weeks ago.

"If we fail to do that, we're guilty of what the commission that later investigated the Rolling Stone story excoriated as 'confirmation bias'—that is, forming conclusions in advance of the facts to justify our biases," she added. "I certainly hope we get updates as the investigation continues," she concluded, "but leaping to action—especially in the absence of verified (or perhaps even verifiable) complaints—is at best a failure of due process, and at worst vigilantism." 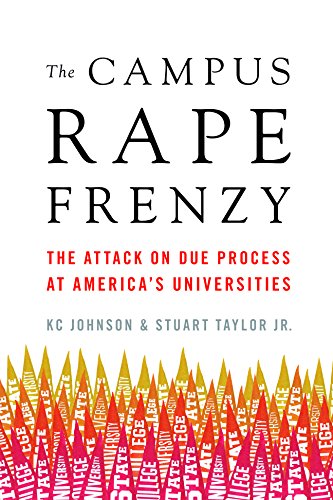 Indeed, as K.C. Johnson and Stuart Taylor Jr. document in "The Campus Rape Frenzy," the federal government and virtually all colleges and universities have "mounted a systematic attack on bedrock American principles including the presumption of innocence, access to exculpatory evidence, the right to cross-examine one's accuser, and due process" in the name of eradicating "rape culture."

Unfortunately, Kipnis is in the minuscule minority of the sane and responsible at Northwestern. When one brave student senator, who is an SAE fraternity member, stood up for the "rights of the accused" during debate over a resolution to condemn the "pervasive culture of sexual misconduct" on campus, he was chastised for his "privilege" and castigated for "victim-blaming."

And now for the denouement.

After a "prompt and thorough" investigation, Patricia Telles-Irvin revealed last week, "(n)o disciplinary action or further investigative action related to the reports of sexual misconduct will be taken at this time." Did investigators ever track down the anonymous callers who leveled the allegations that smeared the fraternity's rep and convicted its members in the court of public opinion? Will false accusers ever be held accountable? We'll never know. The case of the Northwestern rape outbreak that never happened is closed. Poof!

Now, instead of admitting the whole thing was a hoax, Northwestern is scouring the targeted fraternity for "other potential violations" of campus codes to justify putting them through hell in the first place. Victimized again.

Why any mom would pay to send their son into this anti-male maelstrom is beyond me. I'd ask famous Hollywood lefty Julia Louis-Dreyfus, whose son plays basketball at Northwestern (and is an SAE member, I'm told), what she thinks of toxic "rape culture" zealots targeting innocent men on campus. But she's apparently too busy modeling her militant feminist pussyhat on Instagram to take notice.