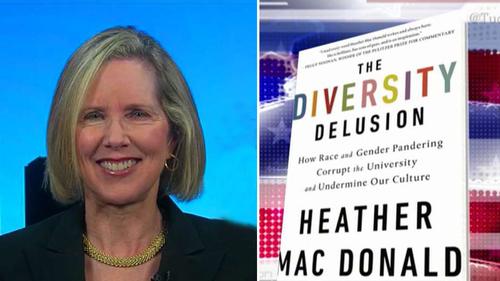 From my review in Taki’s Magazine of Heather Mac Donald’s new book The Diversity Delusion:

Mac Donald points out that in 2014 when colleges were first required to report the number of unfounded criminal charges involving their students:

The only unfounded crimes that Harvard reported were rapes—six of them. By contrast, none of the 492 property crimes reported to law enforcement in 2014 were found to be baseless. And those six unfounded rapes represented all of the rapes reported to the Harvard police in 2014—not one survived law-enforcement investigation….