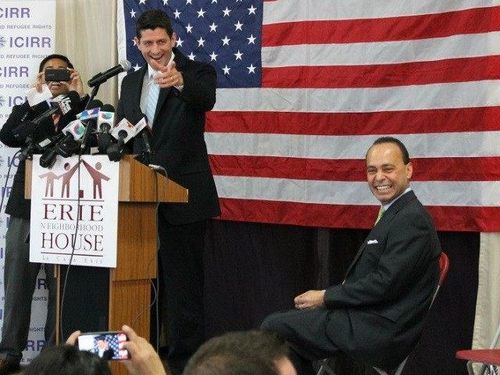 John Derbyshire: “That’s Not Who We Are”—Sez Who?

[Adapted from the latest Radio Derb, now available at VDARE.com for no charge.]

If there's one thing guaranteed to have me reaching for the barf bag it's some fool politician or pundit saying, "That's not who we are.” Obama said it here about waterboarding, here about deporting DREAMERs, and OU President David Boren said it here about frat boys and the N-word. You just know, when you hear that phrase, that the speaker is pushing some item of the Cultural Marxist agenda—stirring up class resentment, making whites feel guilty about something, sowing discord.

Well, here is not a speaker saying it, but the Speaker, the actual Speaker of the U.S. House of Representatives, Heaven help us, Open Borders fanatic Paul Ryan, proud owner of a D-minus grade from NumbersUSA on immigration votes in the House.

Ryan was speaking to Sean Hannity on November 19th. Hannity asked him whether it's smart to permit settlement in the U.S.A. of great numbers of people from a culture as different and hostile as Islam. How do we know if they want to assimilate? Hannity asked. How do we know who'll turn terrorist?

That gave crapweasel Ryan his opening. "Well, first of all, I don't think a religious test is appropriate," he honked. Then he added—wait for it: "That's not who we are. We believe in the First Amendment of religious freedom." End honk.

Look, put yourself in another person's shoes, which if you're in elected office, that's what you kind of have to do that almost every single day. The job we have—and what we do is we take different people's perspectives. The gentleman from India who's waiting for his green card. The DREAMer who is waiting. We take all these different perspectives. We process it through our values and our morals and our principles. And then we come up with the answer to try and solve this problem. That's basically what we do in our jobs.

Paul Ryan: Job of U.S. Lawmaker Is to Put Yourself in Shoes of Foreign Citizens, Breitbart, October 20, 2015

As Julia Hahn pointed out in her Breitbart.com commentary when this video came to light, a great many of us think that the job of a U.S. Congressman ought to be to put himself in the shoes of the citizens who elected him, giving their needs and wishes greater priority than the desires of someone in a foreign country.

President Obama lines up precisely with Speaker Ryan on this. (What, you thought we had two different political parties in this country?)

Slamming the door in the face of refugees would betray our deepest values. That's not who we are. And it's not what we're going to do.

And then, wait for it. All together now, you know the tune:

On the matter of these so-called Syrian so-called refugees, you might say that's who we are.

You'd think, wouldn't you? that the President of the United States and the Speaker of the House of our representatives would take a break from, to use the Speaker's diction, from "processing" the desires and dilemmas of Indians, Arabs, and Guatemalans to attend to the wishes of Americans—the people who vote for them and pay their salaries.

Alas, no. That's not who they are.

John Derbyshire [email him] writes an incredible amount on all sorts of subjects for all kinds of outlets. (This no longer includes National Review, whose editors had some kind of tantrum and fired him. ) He is the author of We Are Doomed: Reclaiming Conservative Pessimism and several other books. He's had two books published by VDARE.com: FROM THE DISSIDENT RIGHT (also available in Kindle) and From the Dissident Right II: Essays 2013.

For years he's been podcasting at Radio Derb, now available at VDARE.com for no charge. His writings are archived at JohnDerbyshire.com.