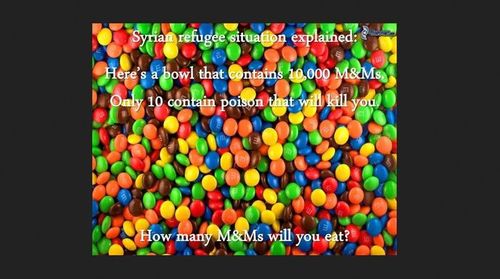 In memorable fashion, the late, lamented Lawrence Auster made many critical points about America's self-destructive immigration regime.  Here, for example, is an excerpt from early in his classic 1997 booklet-length essay Huddled Cliches: Exposing the Fraudulent Arguments That Have Opened America's Borders to the World (HTML here; PDF here):

• “Immigrants are needed to fill jobs.”

Even if all of those assertions were true, they would be completely beside the point. If you learned that a glass of milk you were about to drink contained an ingredient that would make you seriously ill, the fact that the milk also contained lots of vitamins and minerals would not matter to you. Similarly, if current immigration is causing irreversible harm to our country, then the fact that immigration may also provide some benefits is irrelevant. It is the total impact of immigration that matters. Immigration proponents who stress the positive, transient effects of immigration while ignoring the negative, irreversible consequences are engaged in a dangerous con game.

Now (see the picture above), in 2015 and in the context of Syrian "refugees," someone has finally crafted the right illustration for those boldfaced words from 1997.  Bon appetit, open-borders enthusiasts!

While we're on the subject of Syrian "refugees," faithful VDARE.com readers should all sign (electronically) the online petition to the White House for a moratorium on Mideast-sourced "refugees" that you'll find here; it'll take, at most, a couple of minutes for the entire process.  If you need further explanation, please see this earlier blog entry.