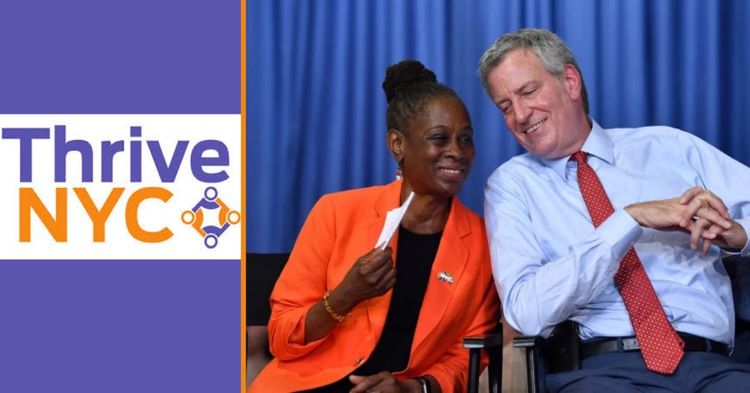 My readers all know about New York City's Communist mayor Bill de Blasio. Those of you in the great windswept spaces west of the Hudson River are probably much less familiar with Mayor de Blasio's wife, a black lady named Chirlane McCray.

Ms. McCray is a piece of work. She exhibits all the pathologies of educated black Americans in concentrated form, all the points very highly developed. She is a Communist, of course, like her husband—they took their honeymoon in Fidel Castro's Cuba. She has been a writer and a poet—Radio Derb actually offered listeners a sample of her poetry back in 2013, when Bill was first running for mayor of New York.

Although I have sampled Ms. McCray's poetry, I have not ventured into her prose. Since her verse is without rhyme, meter, or even rhythm, and betrays no acquaintance at all with traditional poetic forms—is in fact verse merely in a typographical sense—I wouldn't expect to find anything in her prose I didn't find in her poetry. 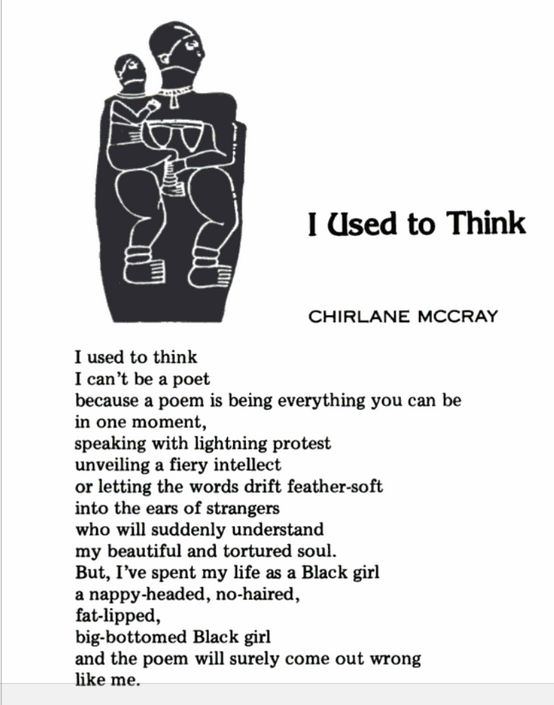 And as I said, McCray ticks all the boxes for educated black American pathology. Along with the foregoing, she has allowed herself to be wafted up on thermals of white guilt into a position where she can make decisions about the disbursal of public funds.

It goes without saying that Ms. McCray was not elected to run ThriveNYC, nor even selected on any kind of meritocratic job-interview basis. She was just appointed by her husband the mayor. She has never in her life managed anything, let alone anything spending a quarter billion a year.

So: four years at a quarter billion a year, that's a neat billion dollars dragged from the pockets of working and property-owning New Yorkers by force of law. What does the city have to show for it?

Nothing that anyone has been able to identify. The actual situation for mental health issues in New York may actually be worse today than it was four years ago.[ Mental health complaints have soared since ThriveNYC launch, by Nolan Hicks, NY Post, March 14, 2019] Quote from the de-Blasio-friendly New York Times:

The biggest challenge for Mr. de Blasio and Ms. McCray has been to identify concrete results. A spreadsheet of nearly 500 data points tracked by City Hall included almost none related to patient outcomes.

So…how was that billion dollars of public money disbursed? Nobody really knows, as no records of spending are kept. [With opaque budget and elusive metrics, $850M ThriveNYC program attempts a reset, by Amanda Eisenberg, NY Post, February 27, 2019 ]

Of course, there was the organizing of the annual conference of ThriveNYC, held on Monday and Tuesday this last week. Two hundred mayors of American cities were invited. Just seven RSVPed in the affirmative, and all but two of them were small local sub-municipalities. [Just seven mayors to attend Chirlane McCray’s annual ThriveNYC conference, by Julia Marsh, NY Post, November 15, 2019]

But think of the postage paid on all those invitations that went straight into mayoral waste-paper bins from sea to shining sea.

McCray described to the audience the torment she endured as one of the only black children growing up in Longmeadow, Mass., in the 1960s: Her classmates mocked her skin color, teachers refused to have her in their classrooms, and construction workers spit at her as she rode her bike.

"I didn't know how to handle all that," she vividly recalled Monday during her keynote at the Thrive conference at New York Law School.

"I was afraid, I was lonely, I was anxious and so often I just wanted to die," she said, pausing before continuing her 15-minute address.

McCray’s family was, according to Wikipedia, only the second black family in the town of Longmeadow, whither her family had moved in 1964 when Ms. McCray was ten years old.

That could very well be true. Even today, Longmeadow is less than 1 percent black.

But I call b-s on the lady's tales of being mocked and spat on, though.

"Teachers refused to have her in their classrooms"? Please. She's lying.

For one thing, this was Massachusetts, inhabited by people of earnest northeastern Puritan stock. These people weren't spitting on ten-year-old black kids, not even in 1964.

For another, we all know the relevant sociology. The first—nor the second—black family in town doesn't get spat on and mocked. Everybody's glad to see them. They're an emblem of the town's tolerance and inclusivity. Virtue signaling didn't start up suddenly five years ago. Hit movie of 1967, when Ms. McCray was thirteen: white-guilt-porn classic Guess Who's Coming to Dinner.

Sure, if two hundred black families move in, you're looking at a different situation. That wasn't the case with the McCrays, though.

Prove me wrong. Name the "teachers who refused to have her in their classrooms"—just one name will do. Bring forward some witnesses to the spitting and the mocking.

Then I shall make public repentance for my shameful skepticism towards New York City's saintly, spotless, untouchable, and wonderfully black First Lady.

So after ticking the McCray boxes labeled "Communist," "blackety-black solipsist," and "meritless beneficiary of white guilt," you can tick the ones that say "managerial incompetence" and "carefree approach to spending public money." And, of course, “liar.”

Needless to say, Ms. McCray is totally immune from any consequences for her irresponsibility with other people's money. The forces of law cannot touch her; neither can public disapproval, if anyone of importance dared to voice it.

She's black; and so, like Al Sharpton and Jesse Jackson, of no interest to the people who will hunt waitresses down for failing to report their tips to the IRS.