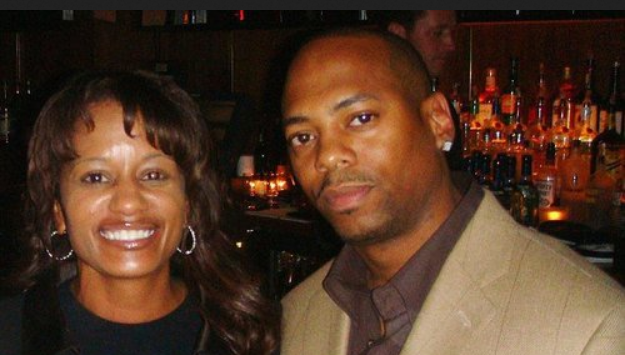 How is New York city getting on under its communist mayor?

A friend objected to me repeatedly referring to Mayor de Blasio as a communist. For one thing, my friend said, de Blasio is not an actual Party member. OK, I replied, how about I say "Marxist-Leninist" instead of "communist"?

My friend rolled his eyes. Look, he said patiently, "communist" sounds quaint and old-fashioned in this day and age, and likewise "Marxist-Leninist." What do these terms even mean any more? People like de Blasio aren't mad about capitalists oppressing the proletariat. They're mad about straight white males with guns oppressing helpless, gunless women, homosexuals, blacks, and Mexicans. The up-to-date reactionary, he told me (pausing a moment to let me savor the phrase "up-to-date reactionary") doesn't say "communist," he says "Cultural Marxist."

Well, po-tay-to, po-tah-to. De Blasio was raised by leftists, worked for the Sandinistas in Nicaragua (which I bet he pronounces Nee-hah-rah-hwah like a good commie), honeymooned in Cuba in violation of a U.S. travel ban, joined every leftist-activist cause that would let him in, and never saw a redistributionist program he didn't like. Communist, I say.

Be that as it may, de Blasio's administration in New York City looks like a classic late-communist nomenklatura of favored toadies living high on the hog and not bothering much with the rules ordinary mortals have to live by.

Let me spell that out for you again, in case you didn't get it. The wife of New York City's mayor — a very worthy and admirable person, I have no doubt, but elected to no position, with no duties or responsibilities in law or the constitution — has a Chief of Staff paid north of 32 hundred dollars a week out of city tax revenues. Talk about nomenklatura!

In Chapter 3 of We Are Doomed I marveled that the wife of the U.S. Vice President has a Chief of Staff. This Noerdlinger person is Chief of Staff to the wife of a city mayor! A hundred and seventy grand a year! For what? Keeping her Google Calendar up to date? How did she get the job — competitive examination?

All right, so what's the story with this Noerdlinger parasite … er, public servant? The story is, she has a live-in boyfriend, name of Hassaun McFarlan, and the boyfriend has some history. Quote here from MailOnline:

Hassaun McFarlan, the son of a drug dealer from Harlem, has been arrested at least five times since 1993, when he shot dead Kenneth Carter, 18, over a jacket at a housing project.

He pleaded guilty to a manslaughter charge and spent the next seven years in prison. In 2003, McFarlan ran afoul of the law a second time after he was busted as part of an interstate crack-trafficking ring.

McFarlan ended up behind bars yet again, this time in Massachusetts, after pleading guilty to a slew of drug charges. He was released in 2007.

Since then, McFarlan has been arrested at least three times for vehicular violations and marijuana possession; last November, he came close to mowing down a police officer responding to an accident.

Just to fill in some details here: Rachel Noerdlinger is 43, a single mother, and black. Hassaun McFarlan is 36, i.e. seven years younger, and also black. The couple live in New Jersey.

That brings us to another aspect of nomenklatura privilege. New York City employees are required to live in the city. So how come Ms. Noerdlinger lives in New Jersey, not even in New York State? Ah, well, see, it's because of her son Khari, age 17. Young Khari has multiple medical conditions arising from two serious traffic accidents in 2012. Because of these disabilities of her son, Ms. Noerdlinger was granted a waiver on the residency rule.

Fair enough, right? Well … the New York Post reported October 2nd that young Khari has made a remarkable recovery; so much so, he's been playing football for his high school team this past two seasons at the physically demanding position of linebacker. In the 2013 season — so this was before de Blasio took office as Mayor — Khari racked up 41 tackles and two sacks, whatever that means.

So how about that residency waiver? Quote from the Post: "Noerdlinger … did not respond to repeated requests for comment. The Mayor's office also did not return calls." End quote.

Ah, the nomenklatura! Sure beats working for a living. But don't you dare call it "privilege." In this racist society of ours, only white people have privilege.